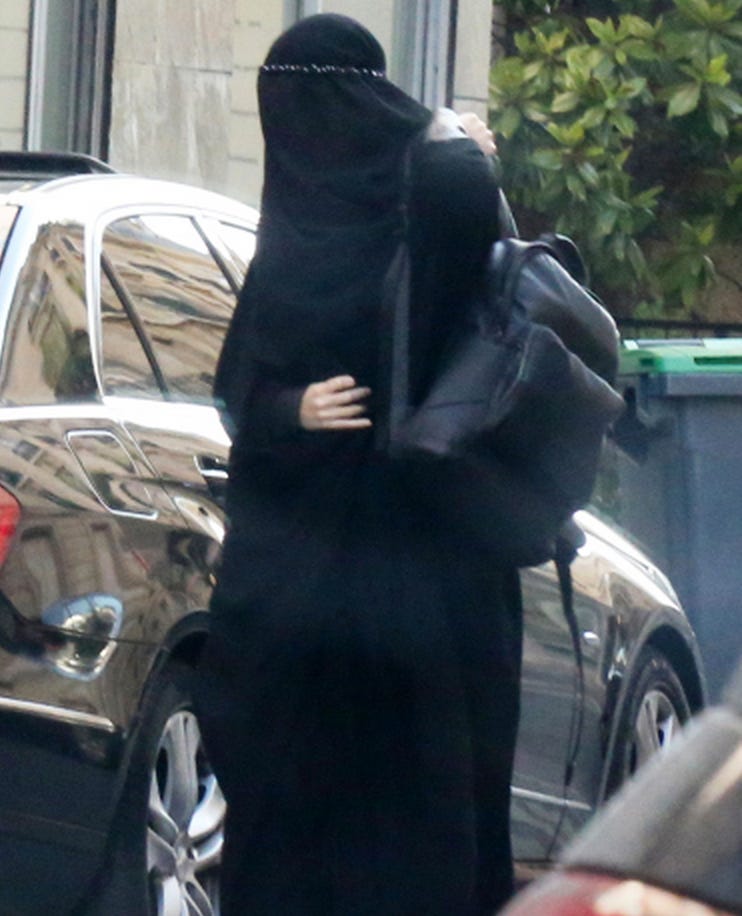 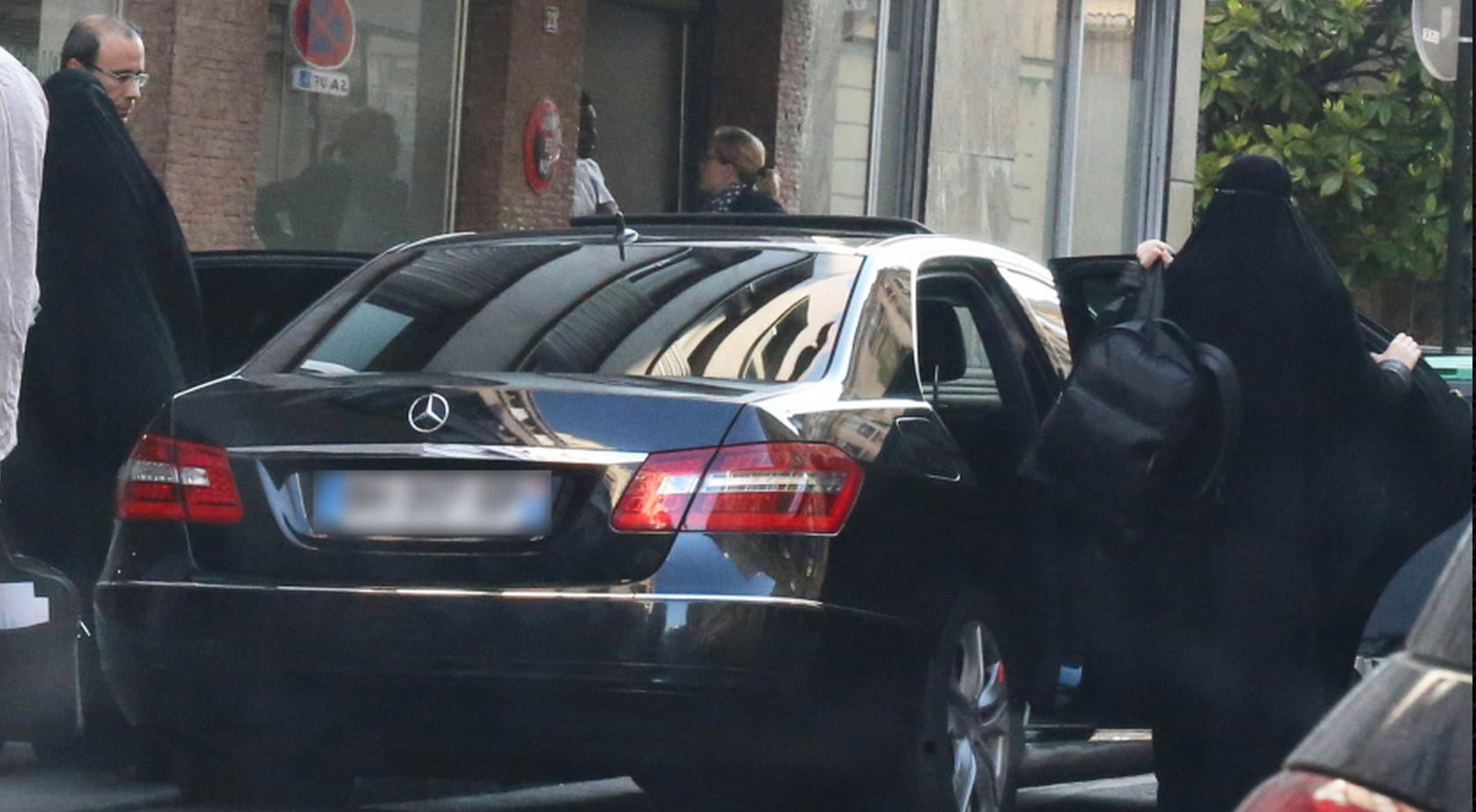 Page Six - This woman in a burqa was not heading to any prayer services. Supermodel Gisele Bundchen and her kid sister hid under traditional Muslim wear — during the holy month of Ramadan — so they could get secret plastic surgery in Paris, The Post has learned. The Brazilian stunner orchestrated the cloak-and-dagger mission so she could sneak into the swank International Clinique du Parc Monceau for work on her boobs and eyes, sources said. A dead giveaway was the footwear — Muslim women are forbidden from wearing open-toed shoes. A source said she was concerned that her breasts had sagged after having two children — and the surgery was a 35th-birthday and post-retirement present to herself. Gisele and sister Rafaela were picked up by Bundchen’s longtime chauffeur at the Bristol Hotel and driven to the clinic on July 15, sources said. The photo below shows Gisele with the driver before she donned the burqa. The next day, after the two surgeries, the trusty driver — who has worked for Gisele since at least 2010 — took the two women back to the hotel, where they packed up their belongings. He then drove them to the exclusive Les Sources de Caudalie spa, where Bundchen recovered for five days before leaving Paris. The former Victoria’s Secret Angel, who made $47 million last year as the world’s highest-paid model, according to Forbes, faced a chump-change tab of about $11,000 for her surgeries.

Poor Gisele. Hiding in Paris. Head under a burqa, to ashamed to show her face to the public anymore. Got that lying, childish chump change husband of hers weighing her down. Can’t blame her for hiding in shame after the past few months of buffoonery. The worlds greatest and classiest supermodel is above all this nonsense.

Honestly right now Gisele is like Nicki Minaj and Tom Brady is Meek Mill. I wouldnt be surprised of Gisele just dumps Brady’s ass right now. Its bad for her brand. Its bad for her career. Fuck I mean its probably bad for the children to be associated with this guy. Just sever all ties and move on.

And I cant blame her one bit for visiting the plastic surgeon. Get a boob job, fix the crows feet. Do whatever you gotta do, G. I mean someone has to be the provider for this family right? Gisele probably had her eyes on retirement for good and now her husband is deflating balls and lying and sitting on the bench. Too tied up in injunctions and lawsuits and all that hoopla, Gisele’s gotta put the pants back on and go to work. Its a shame for the whole family. It really is.