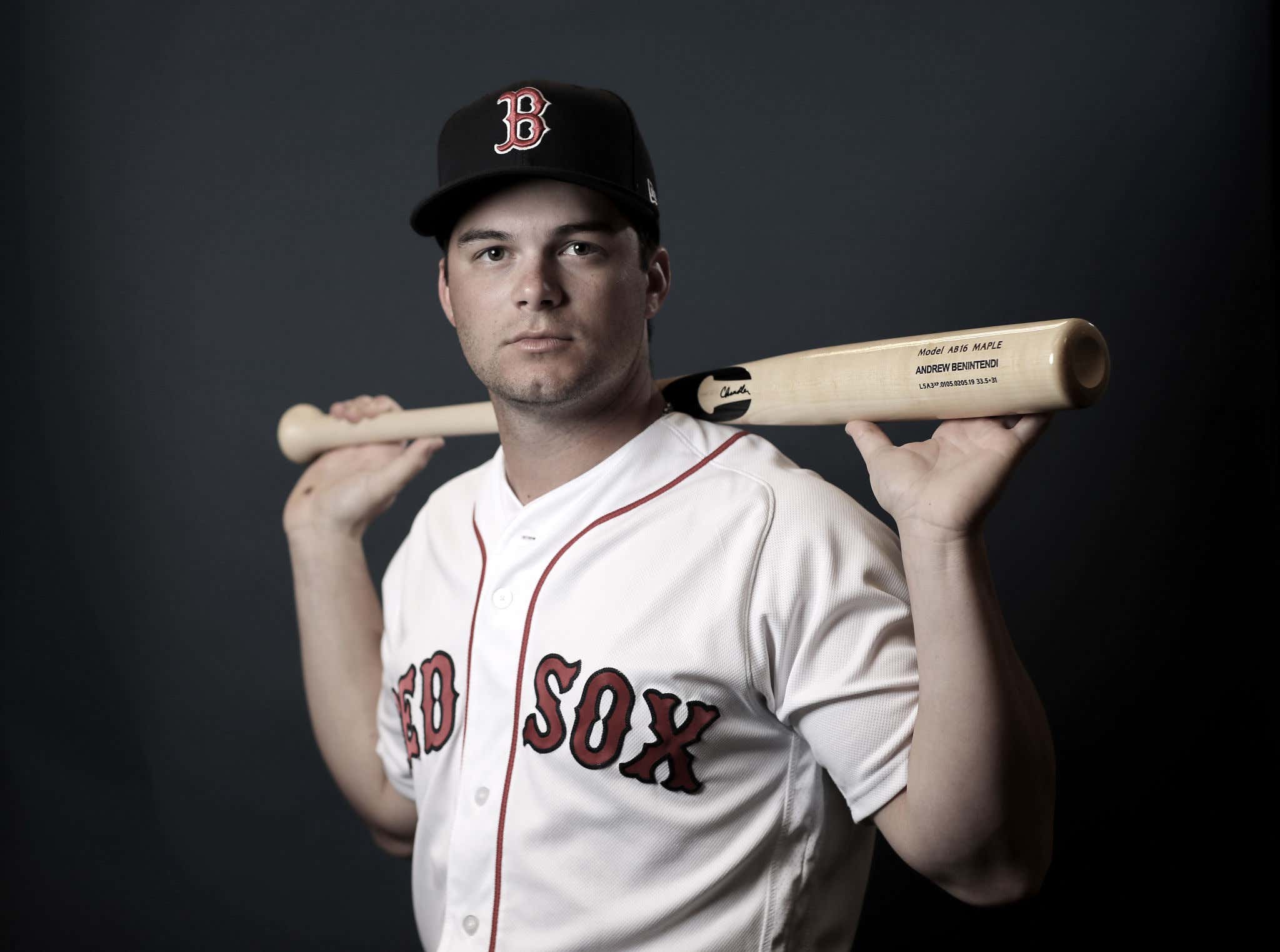 I'm actually really sad about this one.

I know the nerds are going to swoop in and talk about Andrew Benintendi's statistical decline over the last couple of seasons, but I'm still one of those baseball fans that has emotional attachments to players because of the good times. I still remember this kid getting called up to the big leagues a year after getting drafted, completely bypassing the Triple-A level. How could you forget his flowing locks bouncing around in the outfield, the hair flips after the Gatorade showers, the walk-offs against the Yankees, the series-saving catch in Houston, the dancing in the outfield, and every memory in between. Damn, I am gonna miss Benny.

And I get it. Back to the nerds, you have to make decisions that best put your team in a position to win a championship. Chaim Bloom apparently has a plan for the 2021 Boston Red Sox and beyond that did not include Andrew Benintendi. He has no emotional attachment to this player. Didn't draft him or have a hand in his development, nor was he here when Benintendi won a World Series title in Boston. These are the necessary pains that the fan base must endure, as Boston looks to build their next championship core.

That would be the fifth championship under this ownership group, I might add, so it's not like they don't know what they're doing. "Trust the process" might be some bullshit mantra in other professional sports organizations, but I think the Red Sox have earned the right to tell their fans to trust the process. You can still be hurt about it, no doubt. I am. I fucking love Benny. But I trust that Bloom has a blueprint to build a championship team, and I also have to respect that he does not give a single flying fuck who your favorite players are and will flip each and every one of them if he thinks a World Series title is at the end of the tunnel.

So, this begs the question of where do the Red Sox go from here? As of right now, I'd say that Alex Verdugo just went from being your right fielder to your centerfielder with Jackie Bradley Jr. still unsigned. Hunter Renfroe would have to be your right fielder (as of right this second) and then JD Martinez is in left? Yeah, that ain't happening. If that's where we're at defensively in the outfield, then I would venture to guess that there is another move coming. Jarren Duran has been tearing it up playing winter ball, but I don't think the Red Sox can just hand him the starting centerfield job on Opening Day. That'll come with time.

Do the Red Sox re-sign Bradley now? Sounds like he's asking for the moon with Scott Boras as his agent. Shooter's shoot, and with Boras they usually get what they want, but I'm not entirely sure Bradley will land whatever the initial asking price was. I'd love to have him back, but I'd put the Red Sox at third on the depth chart of potential landing spots behind the Mets and Astros.

So, if it's not Bradley returning then what's the plan? Well, who the fuck's still out there? Brett Gardner? No. Ryan Braun doesn't want to play baseball anymore. Jay Bruce? No. Kevin Pillar's still out there, but wasn't an everyday guy for Boston last year. Jake Marisnick? No. Yasiel Puig? Too much yikes off the field. You tell me, Chaim. Where we going from here? Another trade? I dunno. But there is still work to be done with pitchers and catchers just days away from reporting to Ft. Myers. Stay tuned.

Until then, I will be watching Andrew Benintendi career highlights and packing a lip while crying. Thanks for everything, Benny.