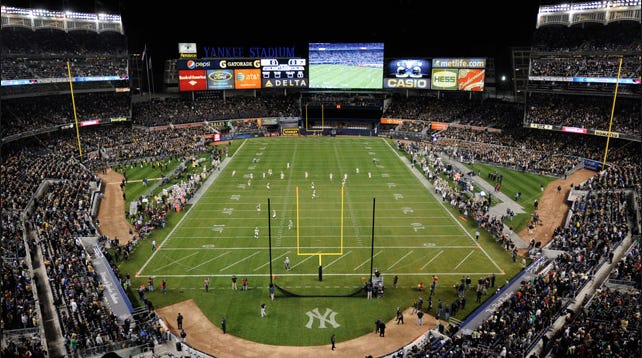 What a game last night! From down 5 runs in the first inning the Yankees came back to score 21 unanswered runs in an absolute bloodbath of a game. We went from watching what has to be the end of Chris Capuano’s career, to watching every starter except Tex get a hit. Luckily I don’t think anyone is concerned with Tex not getting a hit because this lineup picks each other up, just like championship teams should.

On top of that, our bullpen went 8 1/3 innings without giving up a hit after going 4 innings on Monday without a hit. It’s absolutely crazy how good our bullpen is and that one of the possible trade moves that is being talked about is bringing in another top line closer. If that happens, it really becomes a 6 inning game. That’s something we haven’t seen since 1996 and in reality, it could be more like a 5 inning game.

With that being said, I think we need another starter. The idea of a 6 run games is great but even the best relievers can’t go every day and while our rotation has been great at times, most of the time it’s shaky. Tanaka is a world class pitcher, but we’re waiting for his arm to fall off with every pitch and Pineda hasn’t had a full season in forever. To say we can go into the playoffs with those two, tired arm Nova, run support Nate and the ghosts of CC past, would be a lie. If one of those guys gets hurt or our bullpen gets burnt out, we’re screwed.

Our situation at 2nd base is definitely not ideal and an improvement there would be great but I think after the deadline we see Drew DFA and Refsnyder taking the everyday job. He’s an unproven rookie but we’ve seen that kind of move work in the past so why not now? However, if it takes Refsnyder and another top prospect to get Cole Hamels, I’m fine with it. Severino may be “the future” but this is the Yankees we’re talking about and the future is always right now. Bringing in a pitcher at the caliber of Hamels, who is under contract for a few years, is a move that not only makes us a real World Series contender, but anchors the rotation for years to come. I’m sure Serevino will be a good MLB pitcher but I will take a championship this year with a proven veteran over an unproven kid down the road.

A lot of people don’t agree, because we finally have a farm system, but this team shouldn’t be in the position they’re in right now and it’s time to get serious about a run. We aren’t talking about moves to win a division, we’re talking about moves to win Game 1 of every series through the World Series. If we can add a complimentary bat that can play 2nd that’s fine but pitching should be the focus.

The World Series THIS YEAR is what we should be thinking about because winners go home and fuck the prom queen.

PS: Come out to Barstool At The Ballpark at Citi Field. Met fans flooded the Bronx for our tailgate there, so lets return the favor. Tickets wont be held much longer.