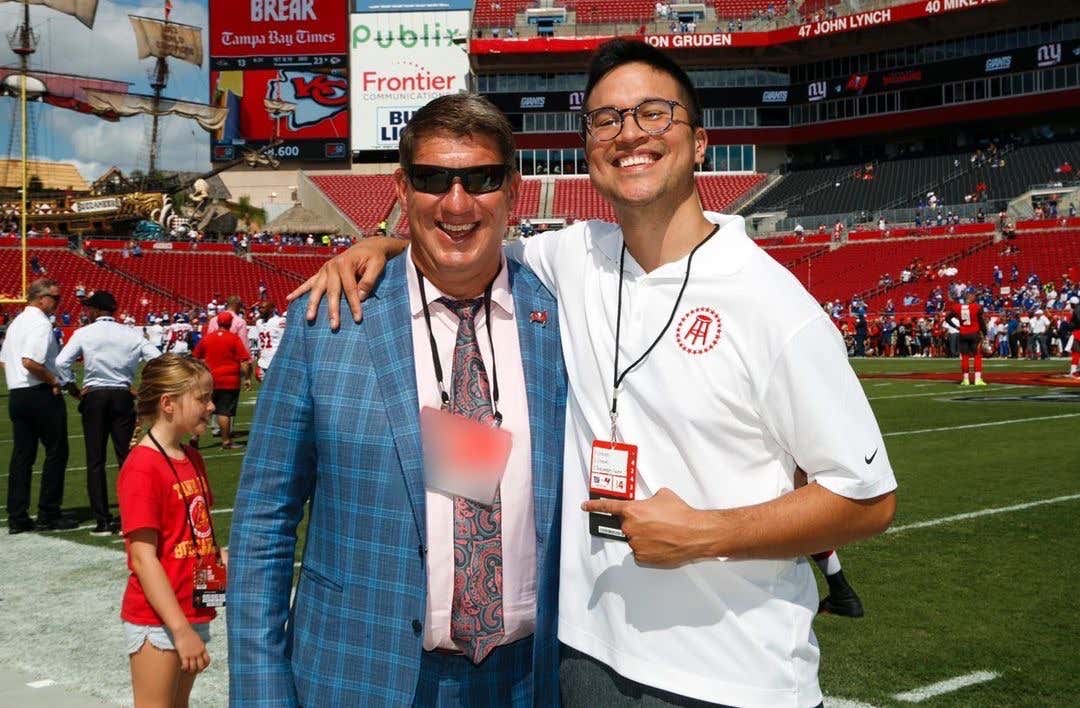 Bucs GM Jason Licht, who I'm proud to call a buddy, is on one right now and it's fantastic. He said "we're going to fucking win this thing again" at the parade:

Bruce Arians doubled down and said the Bucs are going for two:

Now the Buccaneers have a lot of impending free agents, including EDGE Shaq Barrett and WR Chris Godwin. Now maybe it was the Bud Lattes talking, but it sounds like they'll be back too:

If they can keep this core together they'll certainly be contenders, which thanks to the wheelings and dealings of Licht and Director of Football Administration Mike Greenberg, they're in a good position to do so. Especially with the Saints in cap hell (even after the Drew Brees re-work), the Falcons still being old and slow, and the Panthers being a few years away. Looking forward to turning up at this party next year!

Be sure to get your Buccaneers Championship merch while it's hot: