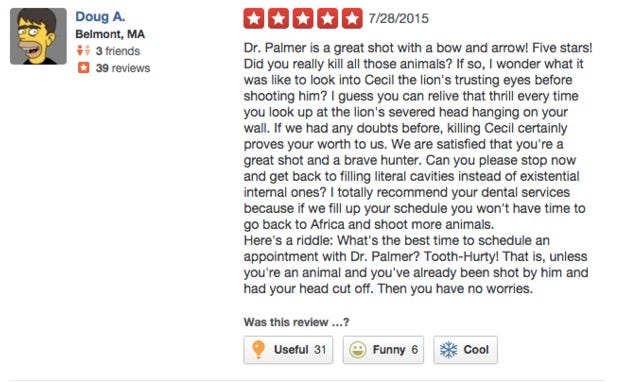 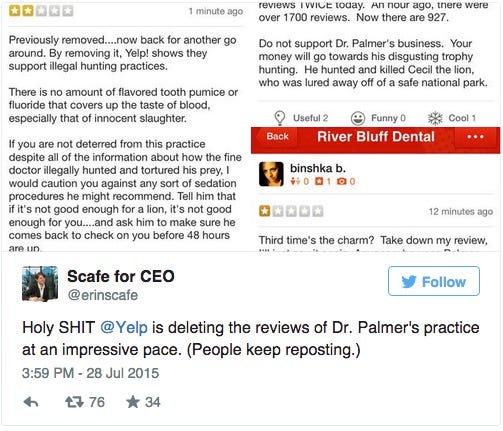 Poor Walter the Dentist. Gonna be a whole lot of empty dentist chairs around that office for a while I think. Probably mobs of people out there right now chanting and waiting to throw buckets of lion blood all over any customers who try to walk in the door or something. 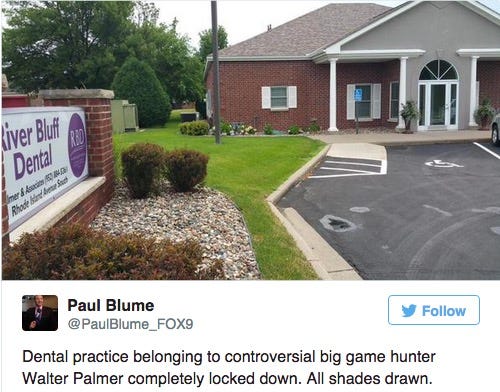 In case you live under a rock, this is the big story in the news right now – poor Cecil the Lion, a famous, beloved animal and main tourist attraction of Africa getting his ass murdered, skinned and beheaded.

Conservationists in Zimbabwe have accused an American man of being the alleged killer of Cecil, one of Africa’s most famous lions and the star attraction at the Hwange national park.

On Tuesday, the Zimbabwe Conservation Task Force said the man thought to have paid $50,000 (£32,000) for the chance to kill Cecil was not a Spaniard as originally believed, but a US citizen from a small town near Minneapolis. The man left the lion skinned and headless on the outskirts of the park, the ZCTF’s Johnny Rodrigues said in a statement.

The hunt took place around 6 July. “They went hunting at night with a spotlight and they spotted Cecil,” Rodrigues said. “They tied a dead animal to their vehicle to lure Cecil out of the park and they scented an area about half a kilometre from the park.”

The hunter first shot at Cecil with a bow and arrow but failed to kill the lion. “They tracked him down and found him 40 hours later when they shot him with a gun,” Rodrigues said.

A spokesman for Palmer told the Guardian that the hunter was “obviously quite upset over everything”.

“As far as I understand, Walter believes that he might have shot that lion that has been referred to as Cecil,” the spokesman said. “What he’ll tell you is that he had the proper legal permits and he had hired several professional guides, so he’s not denying that he may be the person who shot this lion. He is a big-game hunter; he hunts the world over.”

Wasn’t long before everybody tracked down and internet-shamed the dude responsible, a Minnesota dentist named Walter. 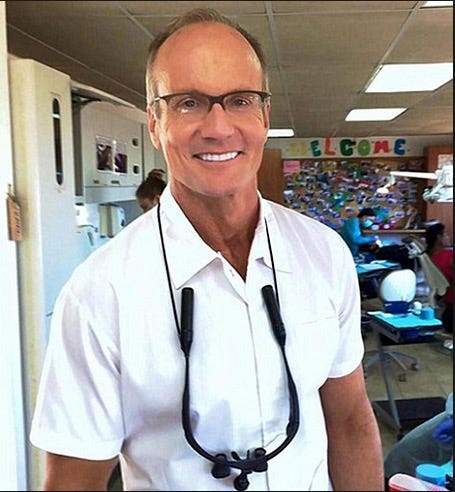 To say that the people aren’t happy would be a gross understatement. The hashtag #WalterPalmer is basically a nonstop stream of hate and death threats, demanding he be returned to Zimbabwe to face charges. No chance that happens so they did the next best thing – lit up his Yelp page and flooded his company Facebook page so bad they had to shut the damn thing down in 24 hours. Effectively ending his business for the time being. 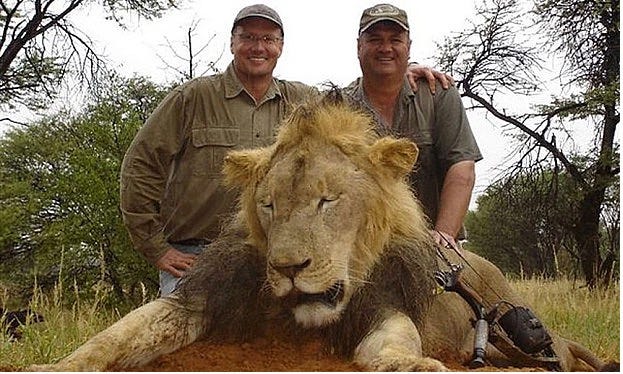 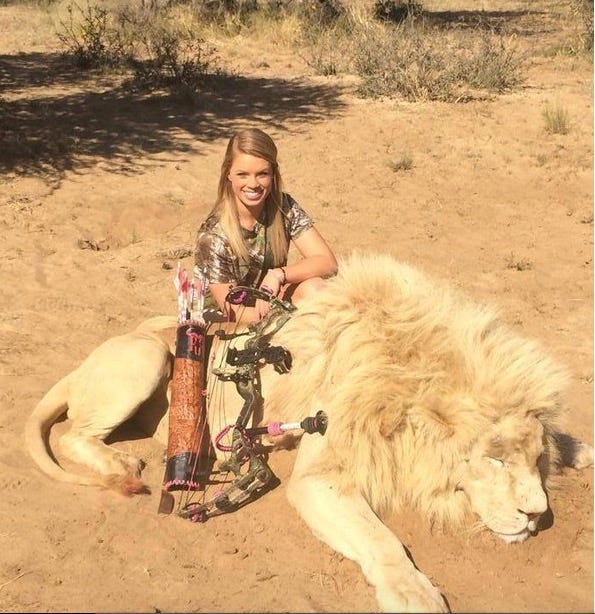 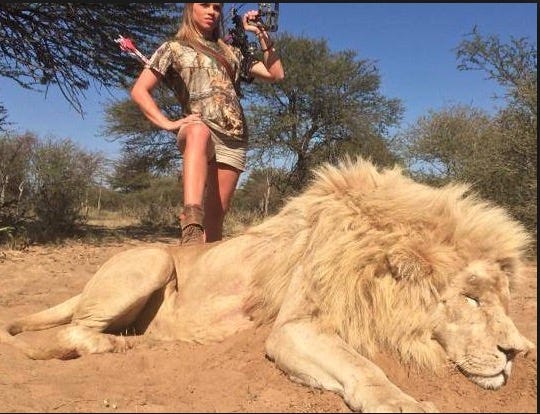 And she just killed some random lion, she didn’t track down, skin and behead a protected lion and national symbol.

PS – How about this little factoid?

Conservation authorities said they were also dealing with the likely consequences of Cecil’s death for his six cubs. “The saddest part of all is that now that Cecil is dead, the next lion in the hierarchy, Jericho, will most likely kill all Cecil’s cubs so that he can insert his own bloodline into the females.”