How many more ways can Tom Brady demonstrate to the rest of us mortals that he simply occupies a higher plane of existence than the rest of us? How many different ways can he leave us practically speechless as we try to describe his magical, surreal, fantasy life?

Cruising into a float parade that he himself brought into existence with his skill, intelligence, leadership and pure essence. In a setting that looks like a screensaver. On a day featuring weather out of a Tourism Board ad. Packed with locals who hadn't seen a Bucs playoff game in 13 years, never mind a victory parade. And here he comes cruising through the middle of it in a luxury watercraft fit for a James Bond villain. A pleasure boating dreadnought. A king boating like a king.

Sure, it's not the first time he's celebrated a championship of his own creation looking down at his adoring public over the gunwales of a boat. But even I, who've lived near Boston my whole life, have to admit there's a damned sight difference between rolling down Boylston St. in a floating diesel truck, dodging beers thrown at you by the pasty, frigid, tipsy drunks, precariously balanced on the snow bank-covered sidewalks, and casually cruising through the tropical waters of the Florida coast.

Every time you think the GOAT's life has reached its maximum success level, you see him a couple of days later and he's made it better. He doesn't even plateau. He just goes in this continuous, upward trajectory. His existence is one long peak, with no valleys.

And it's contagious than Covid, spreading to everyone around him in a positive way:

Goddammit, even Brady's teammates jokes are better than ours:

I'm just going to continue to wallow in the misery this is causing in Massholes like me. I'm going to dwell on it. And remember the happier times around here. When the boats had tires and the weather was miserable but Brady and Gronk were ours. 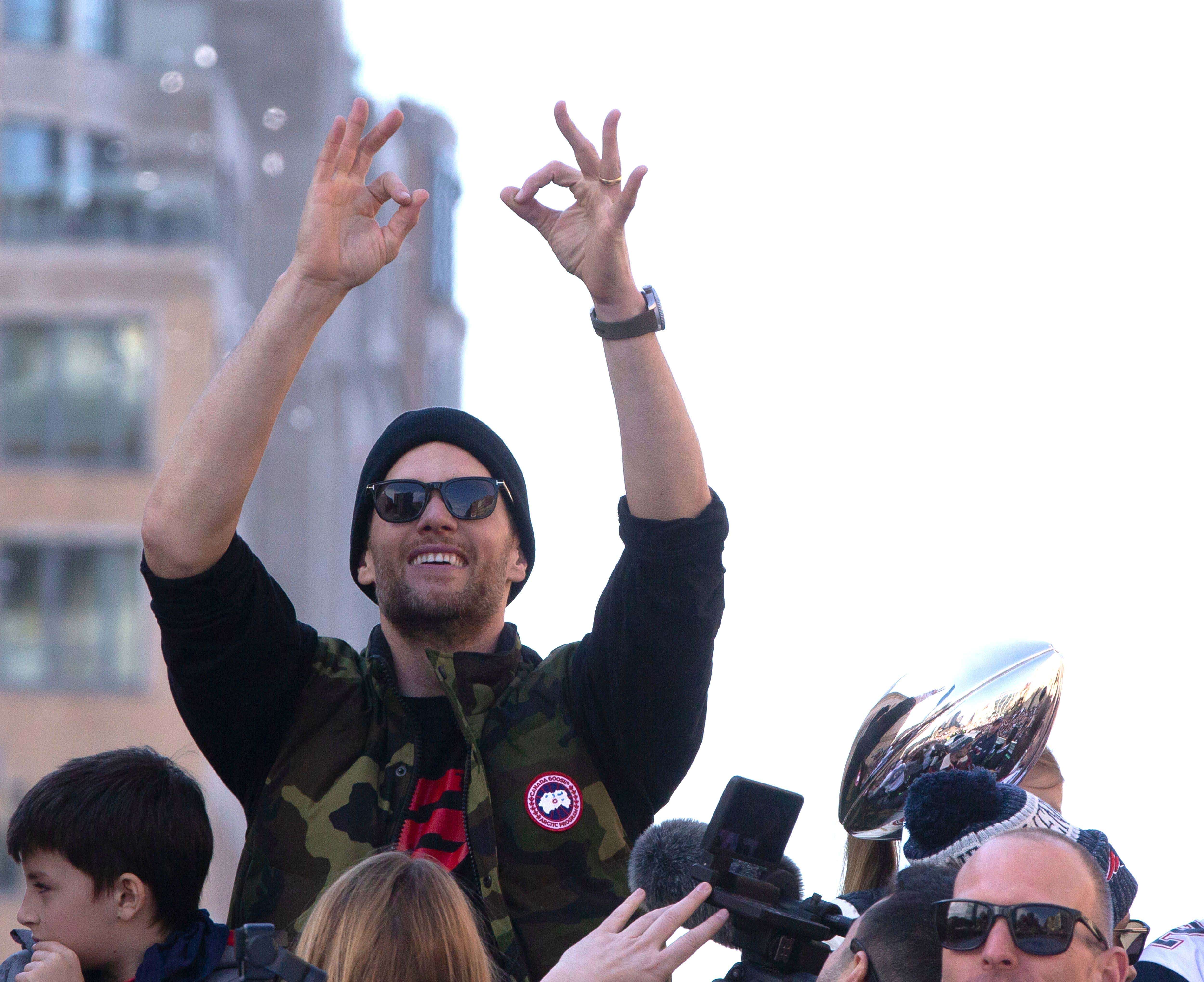 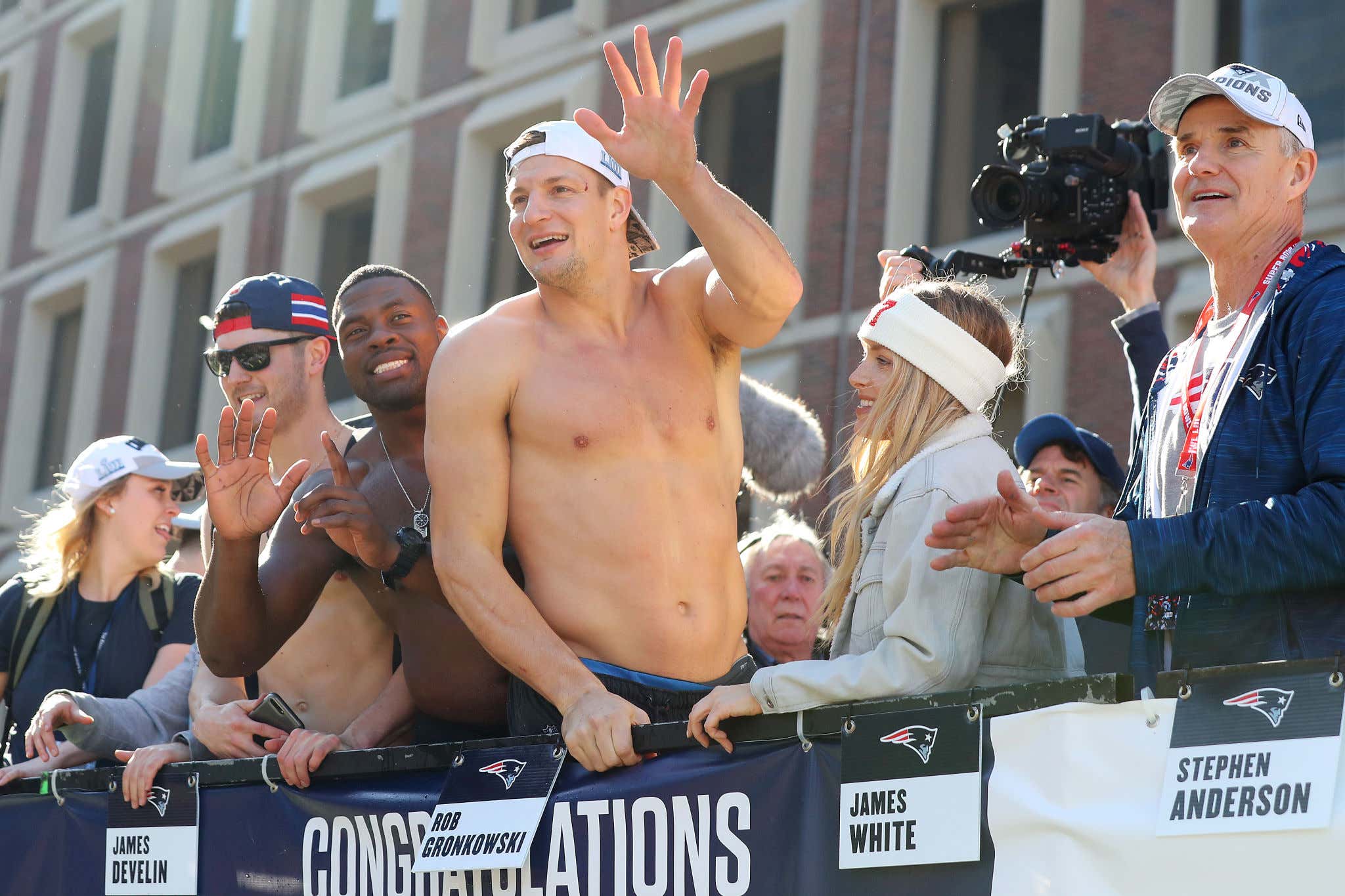 And I'm not going to stop until it happens again here, too. Even if it kills me. Which it might. But it'd still be better than living like this.