It's our first week in a post-Surviving Barstool world. But given how much people seemed to love it, that doesn't mean the content has to stop. And since we still don't have real Survivor, let's combine the two totally different shows for a comparison blog. How do each of the 8 contestants from Surviving Barstool compare to real Survivor contestants? If only there was someone who played in the game that has also seen all 40 seasons of the show. Oh right.

So after reviewing the tape, here is my comparison(s) for every Surviving Barstool player.

*SPOILERS FOR BOTH SURVIVING BARSTOOL AND ACTUAL SURVIVOR AHEAD* 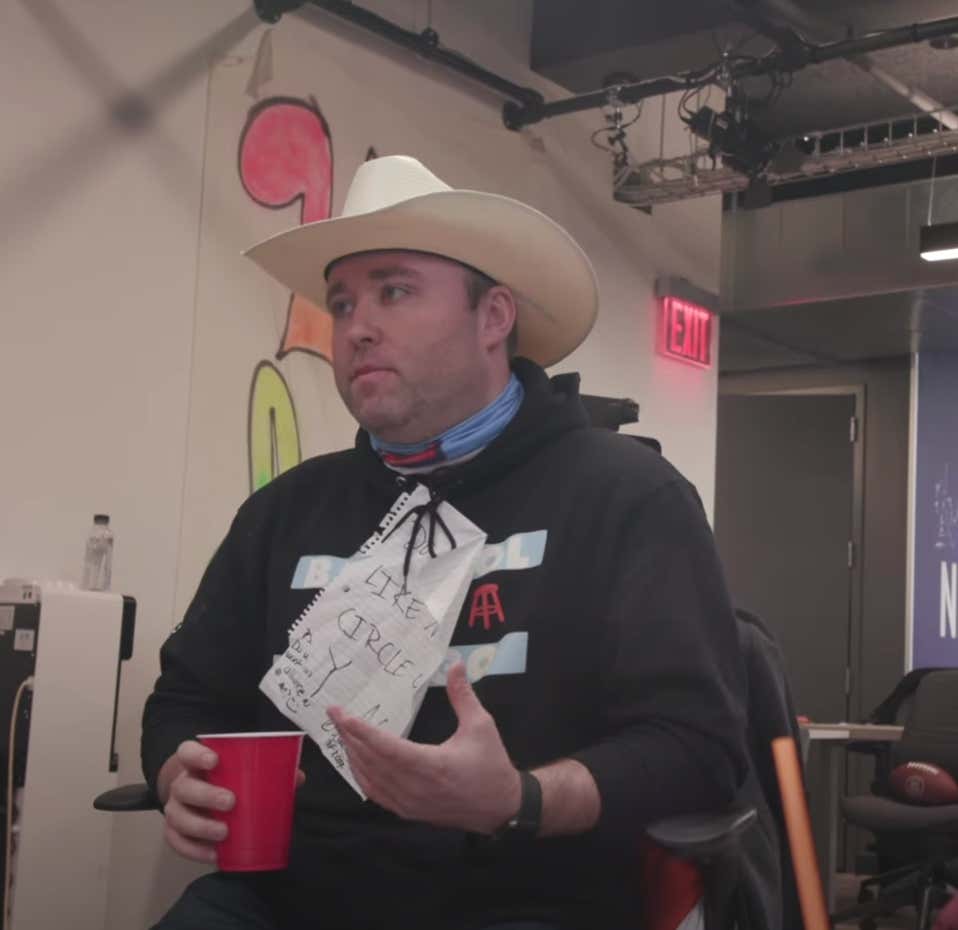 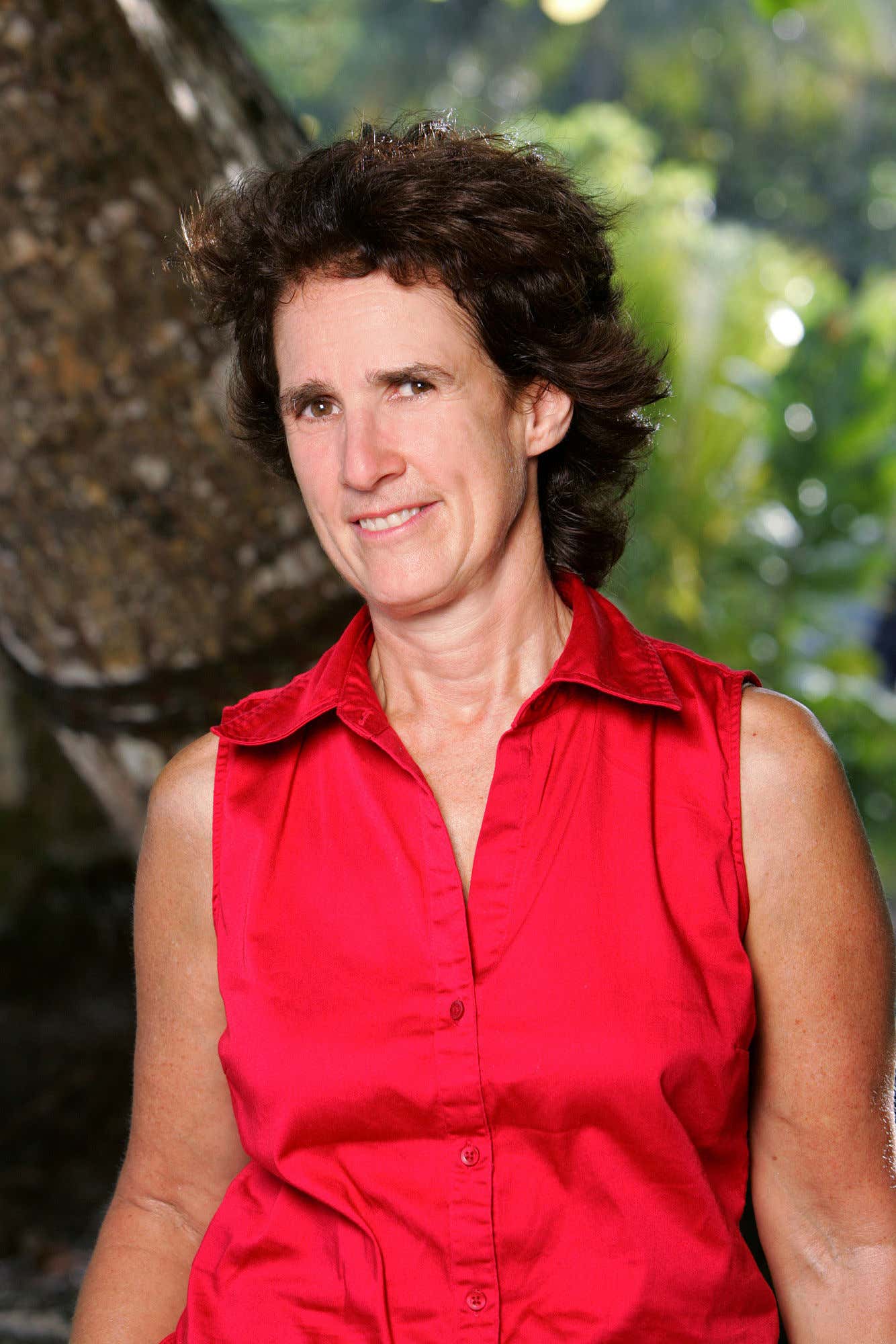 Poor Wanda. Two people that just really didn't even get a chance to play the game and had no idea it already started. For those that don't know, Wanda was the "first boot" in Season 10 but didn't even get voted out technically. They did a schoolyard pick for tribes, and as one of the only two people not selected, she was was eliminated. Honestly one of the most messed up things in Survivor history. But that didn't crush her spirit. She left singing her own original Survivor song. As for Cowboy, he didn't even seem to know that we had to vote someone off that night, not knowing that everyone else was in agreement to send him packing. But Cowboy's spirit wasn't crushed either, as he stayed at the office until 2 AM every night to play drinking games with us and tell stories despite having a hotel room right down the street.

Other options for Cowboy included…

Francesca (Redemption Island and Caramoan): The only contestant to be the first boot in two separate seasons. Cowboy is a favorite to return for a possible Season 2, and it might just be funny to vote him out first again.

Big Tom (Africa and All-Stars): This is for two obvious reasons. The cowboy hat and…. 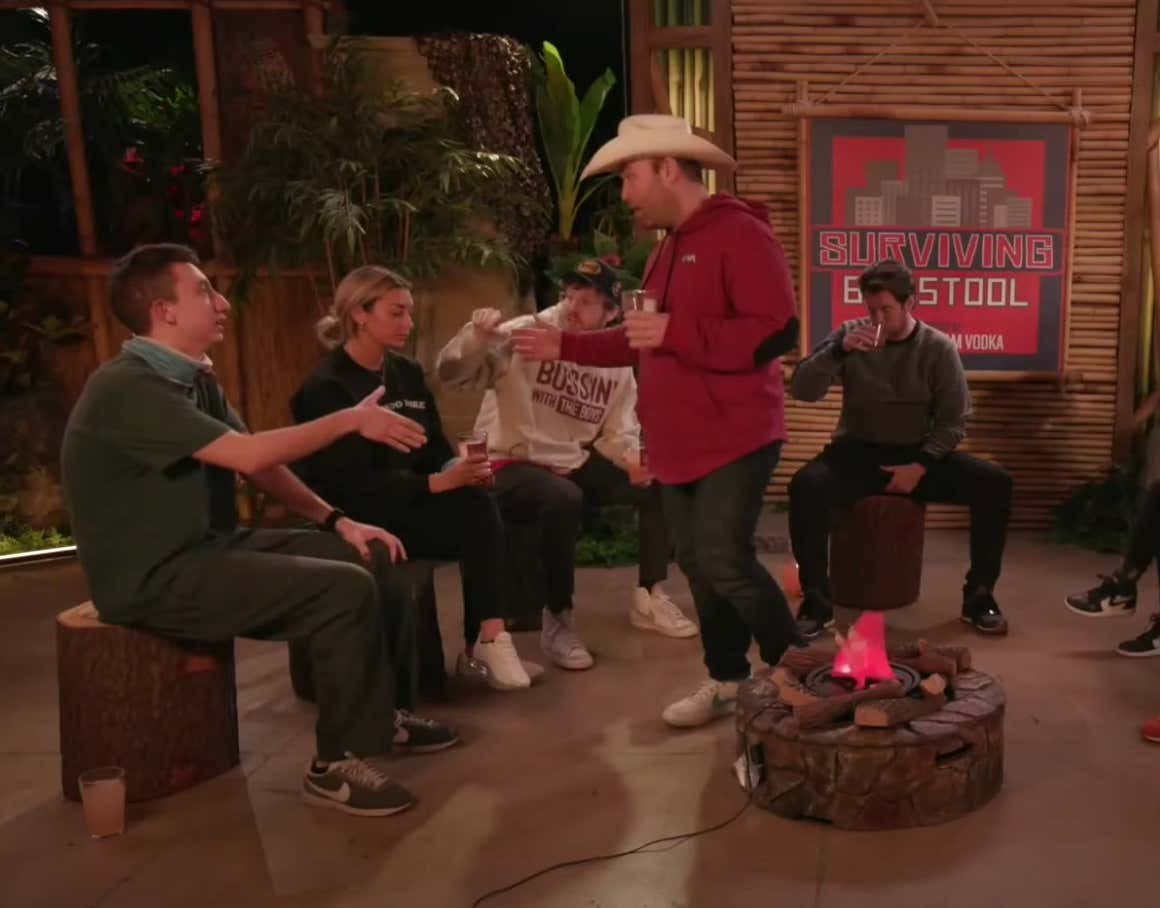 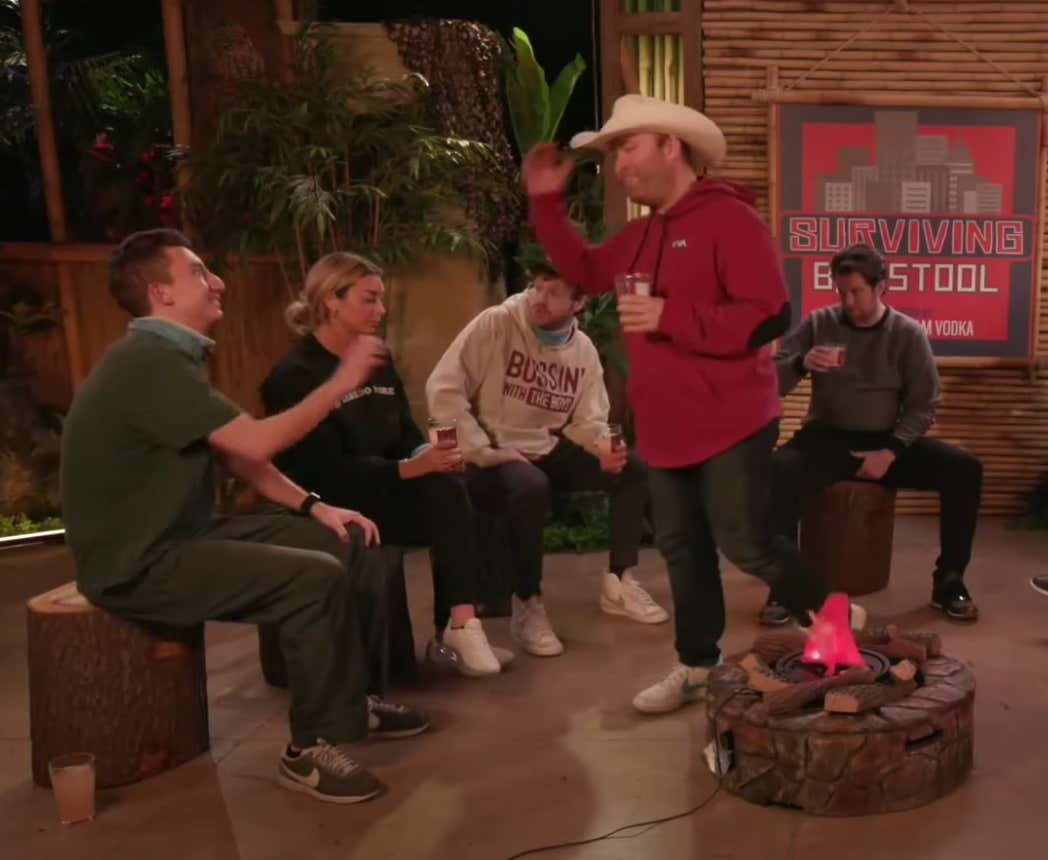 Cowboy pulled the same move on me at our final vote (Jeff D Lowe definitely put him up to it). 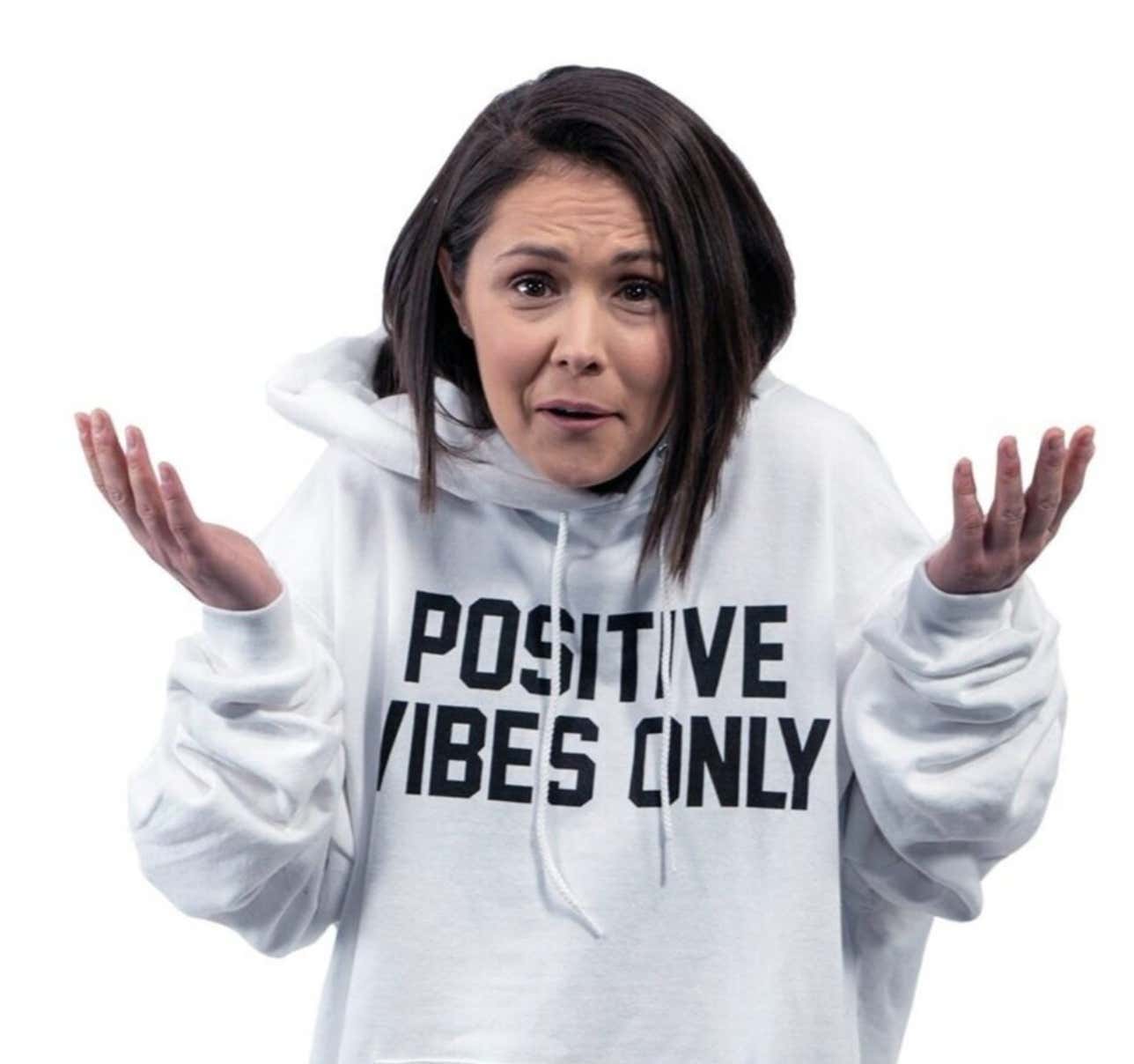 This comparison comes from Michaela's first season - Millennials vs. Gen X (Season 33). Michaela was known for her sassy, competitive personality and attitude. She was a threat in challenges and got in conflicts with others. Sound familiar? Trysta and Kelly had their little fight at the first challenge (before eventually making up after Trysta won). She also was the victim of a vicious, emotional blindside, much like Trysta. Michaela famously turned to Jay in the middle of the vote reveal and said "Did you do that?" to which Jay coldly responded, "Yeah. I did it." Some could say that was similar to another stone cold move one pulled against Trysta.

Honestly I had a hard time coming up with a Trysta comparison at first, but the more I think about it, the better that comparison is. 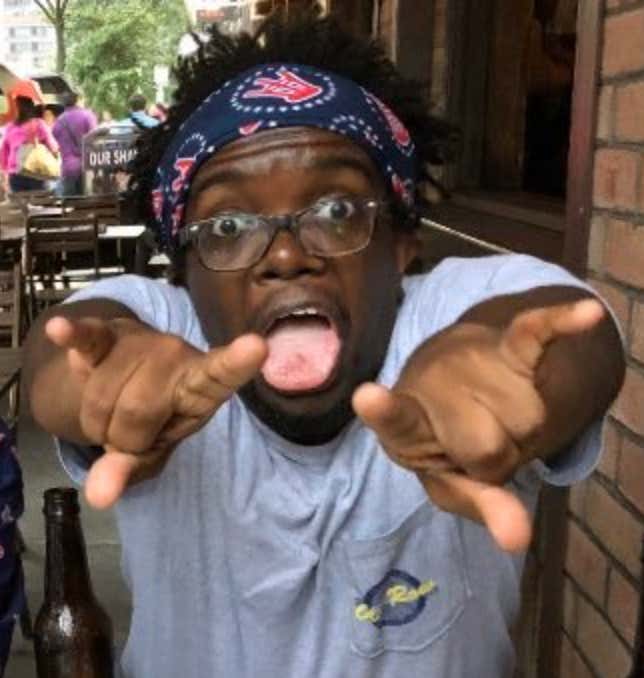 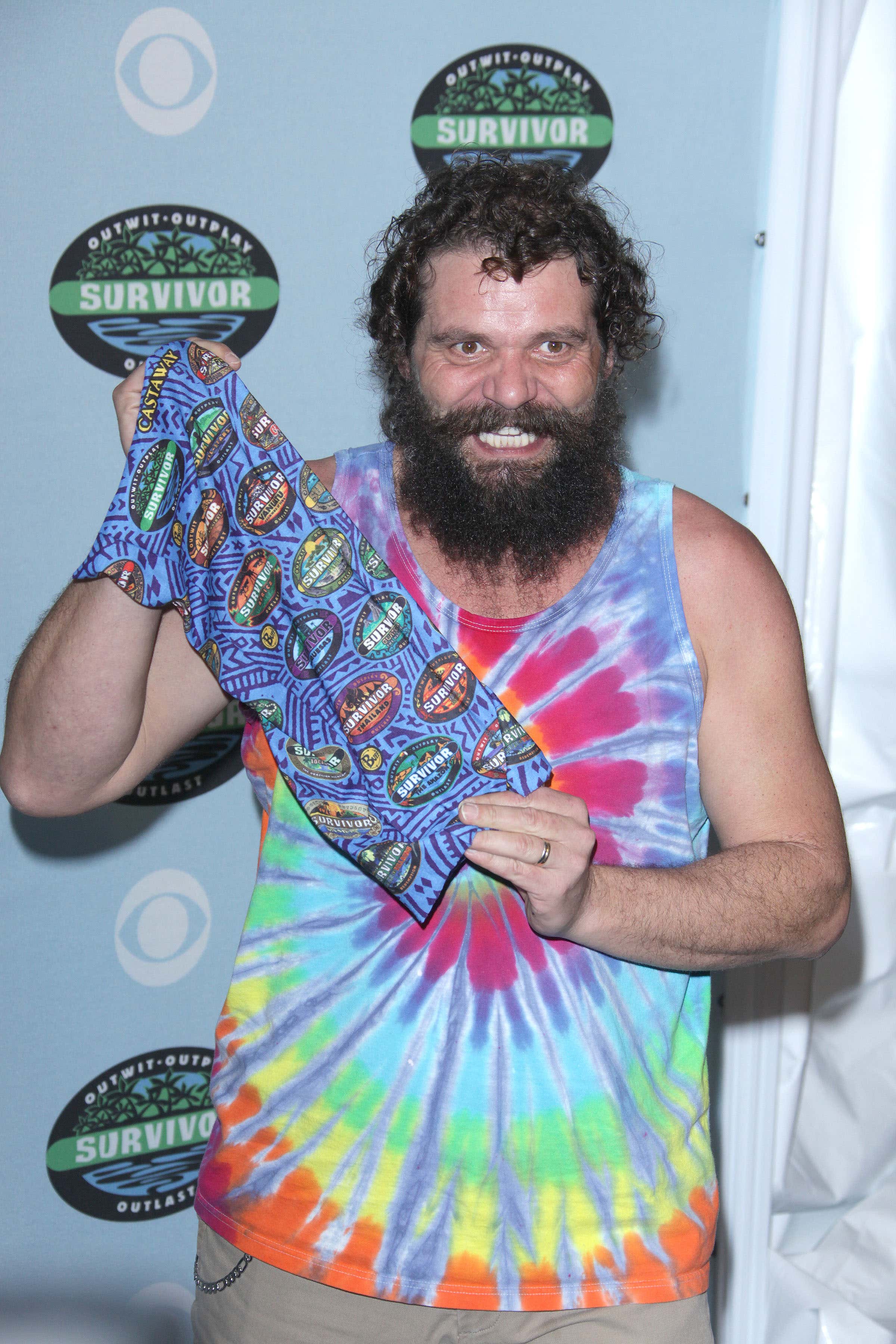 An outdoorsman. A fan favorite. The striking resemblance. There's plenty of reasons for this comparison. Neither was known for being the best strategist behind votes, but they competed hard in challenges and were very likable. Everyone knew Rupert would win if he got to the end in his seasons. Everyone knew Zah would win if he got to end in Surviving Barstool. You can honestly pick any very likable, fan favorite for Zah who was viewed as a threat because of that, but I think Rupert probably fits the bill best. 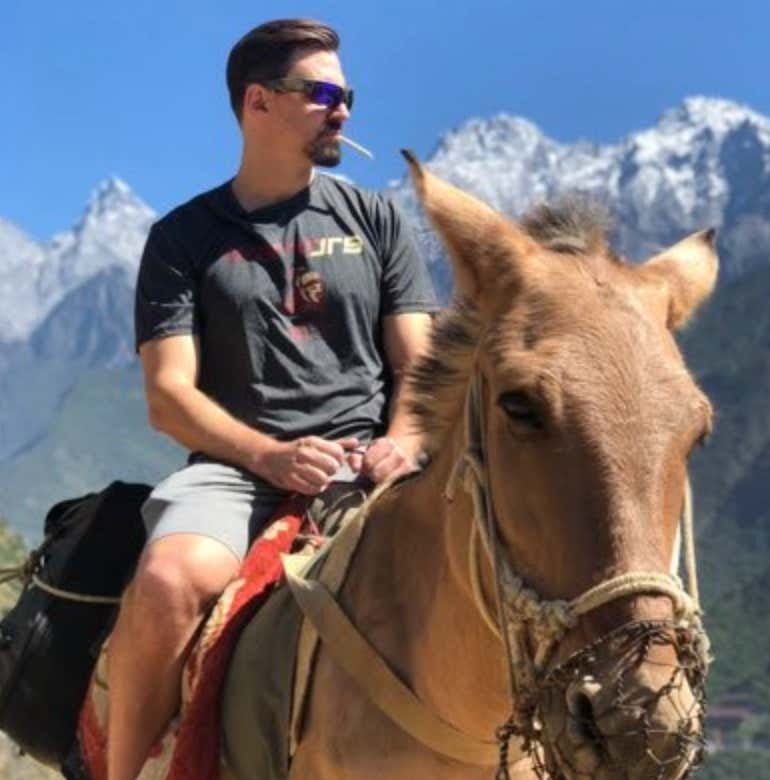 Okay this one is a little unfair to Donnie, but if you know, you know. Erik made the biggest blunder in Survivor history when he gave up his immunity necklace to Natalie and then immediately got voted off. He wanted to gain trust with the girls or something??? It's hands down the dumbest move ever made. Again, this is unfair to Donnie because he played a solid game, but the infamous wrong text message will haunt him forever and ultimately led to his demise. If it's any consolation, Erik later returned as a fan favorite in a future season, as I'm sure Donnie will as well. 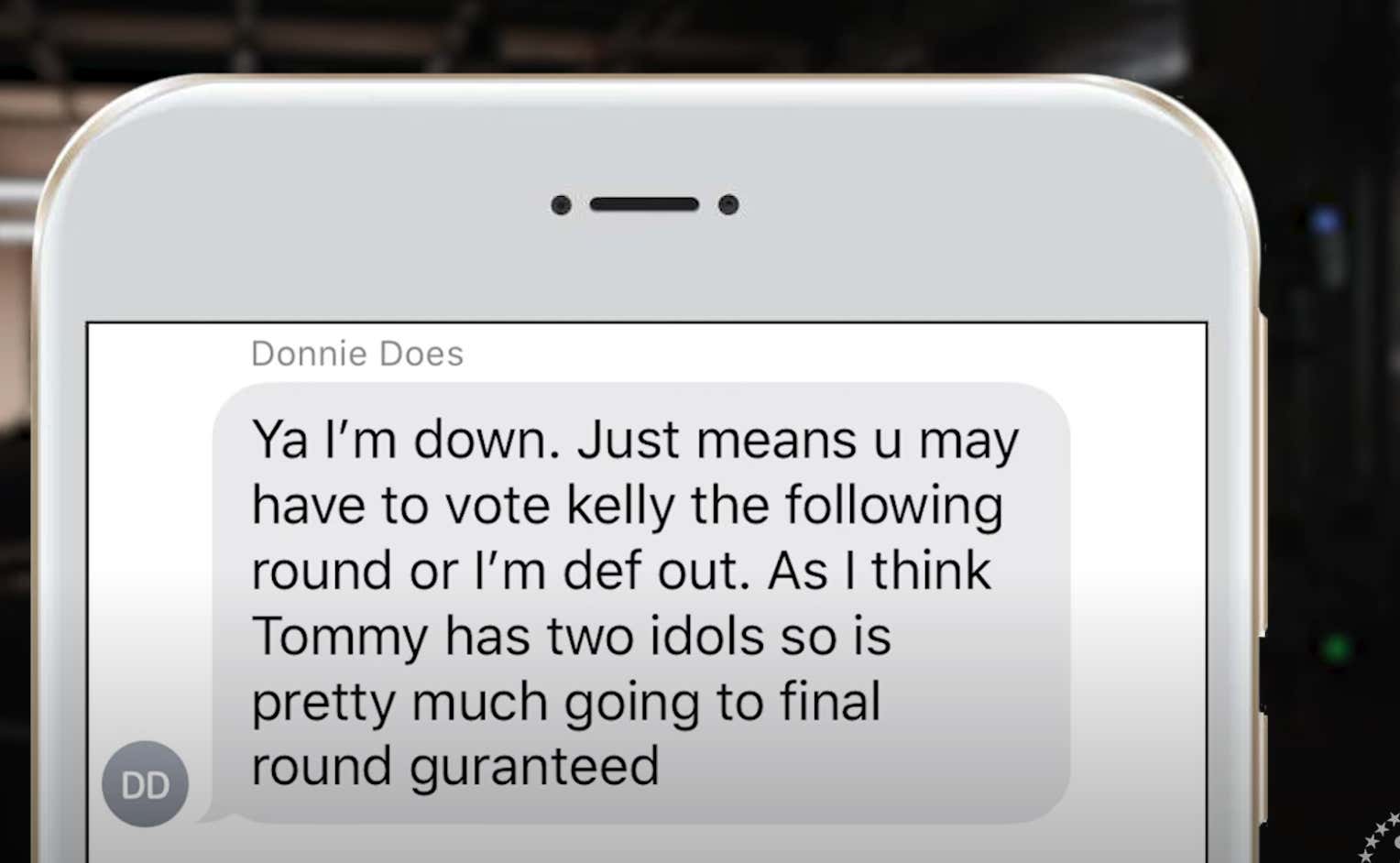 (Sent to Nick, Jetski, and myself instead of Brianna) 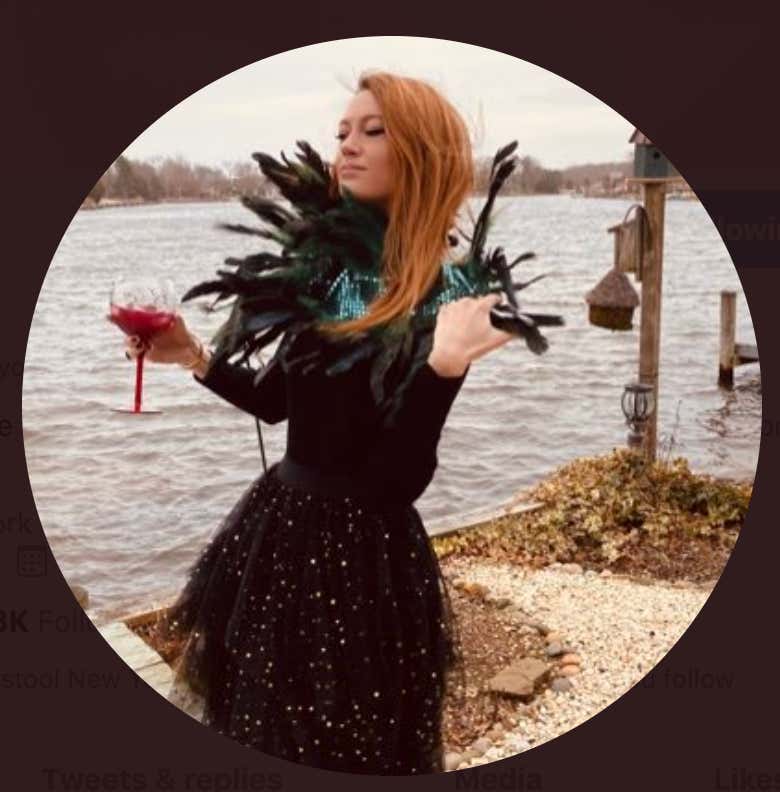 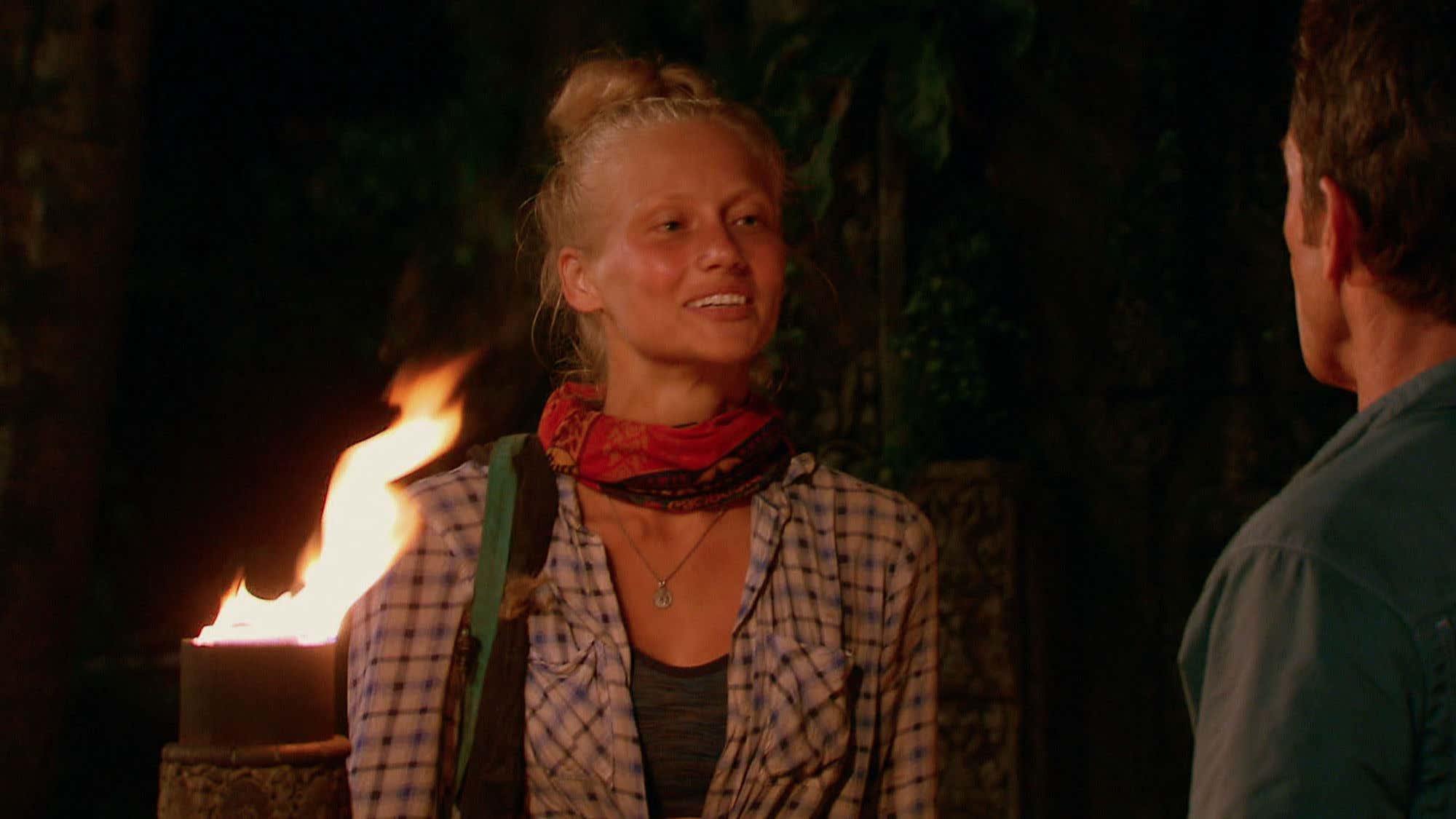 Needed to go with a combo here. Keegs gets Wentworth not just because of their shared first name. The comparison goes more for Wentworth's game in Second Chances, when she played a really strong game, won challenges, and was viewed as a big threat to win. Even if it didn't show on the final edit, Keegs was definitely viewed as a big threat to win and was playing a really solid game. Not as good as Wentworth in Cambodia obviously, but maybe she could put it all together in a second season (like Wentworth did).

The Corinne comparison comes in because of their villainous sides. Kelly was clear that she wanted to be a bitch and be the villain of the show, starting off the with the extra nips in Trysta's bucket. And ending with her final speech going at Brianna. Corinne gave the most brutal Final Tribal Council speech ever, when she told Sugar to get on anti-depressants and stop crying over her dead dad. Kelly's comments weren't quite as brutal, but you see what I'm getting at.

I could also add that Kelly's final speech in which she gave a convincing pitch for me to win was reminiscent of a couple others. 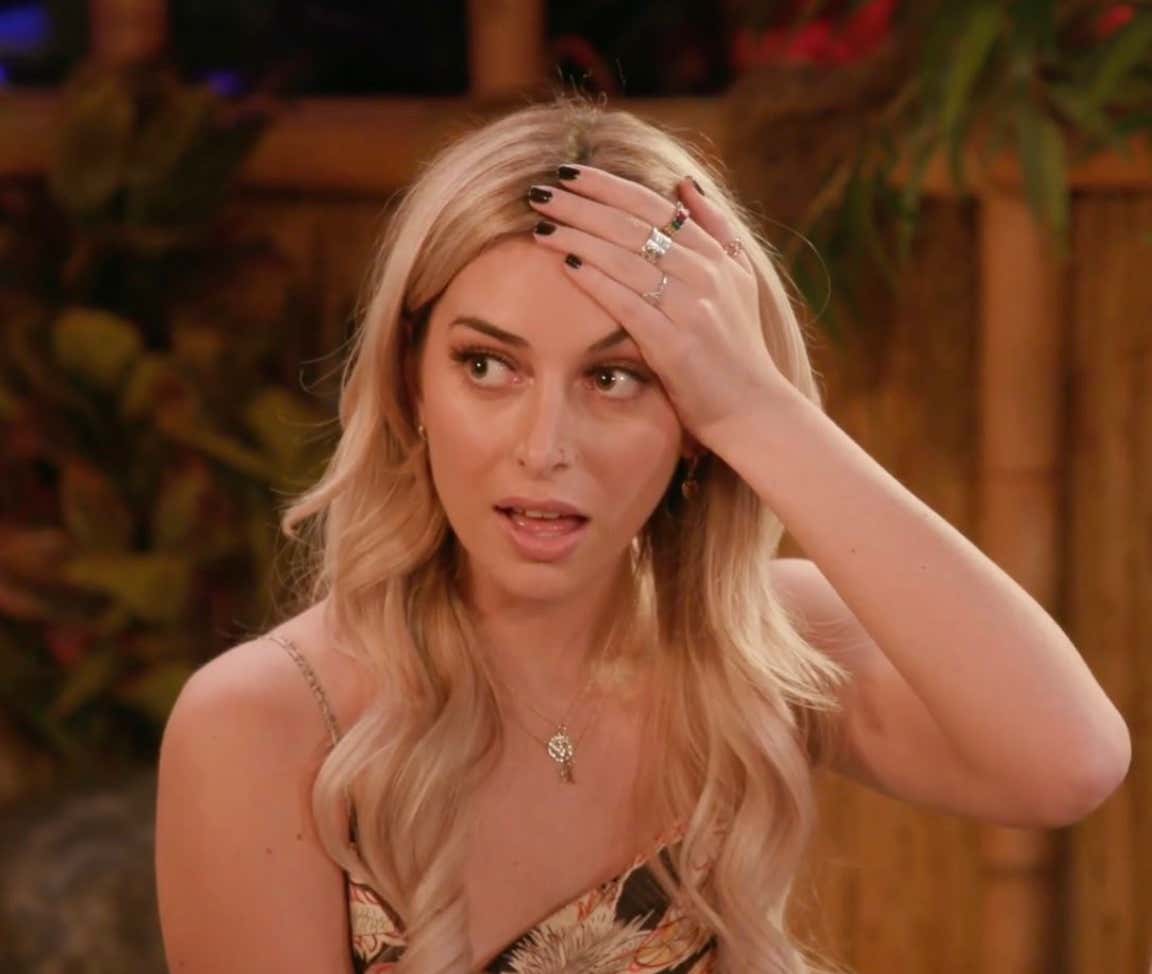 Before we get to the obvious reason for this comparison, let's start with the less obvious. Both were under the radar females who played the game better than people realize, not getting the credit or edit that they deserved. And the obvious comparison … Laurel got to the end with two guys who were close all game (Wendell and Domenick), as did Brianna (me and Nick). Laurel got shutout on the final vote with a 5-5 tie between Wendell and Domenick and had to immediately cast the deciding vote for winner before they left the island. Brianna didn't get shutout, but she came in third after a 2-2-1 final vote, and then also became the tie-breaking vote for winner (although this happened after the show aired). Both put in impossible spots and had to make a hard decision. This comparison was almost too easy. 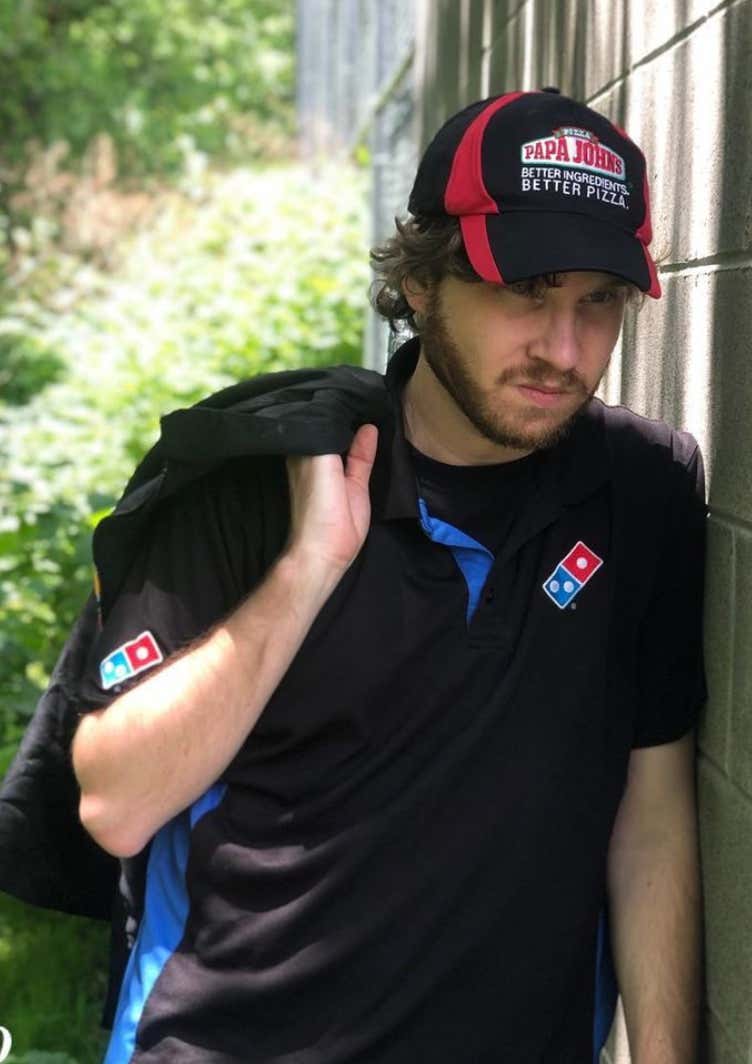 Ever the unique cat, Nick could not be pinned down to just one character. Tyson is the funniest person in Survivor history, and Nick is the funniest person in Surviving Barstool history. Both gave us incredibly humorous confessionals and interactions with other contestants. Tyson was more villainous than Nick was, however. Tyson didn't win in his early seasons, but he eventually figured out the game and mastered it in Season 27. I think Nick could do something similar in a future season, while still maintaining that wit and charm.

The other comparison for Nick is Woo. A fan favorite who was just incredibly nice and likable. Both had a strong alliance with an asshole villain (Tony, myself) and both learned the tough lesson that good doesn't always beat evil.

Now let me get out some hand lotion for this… 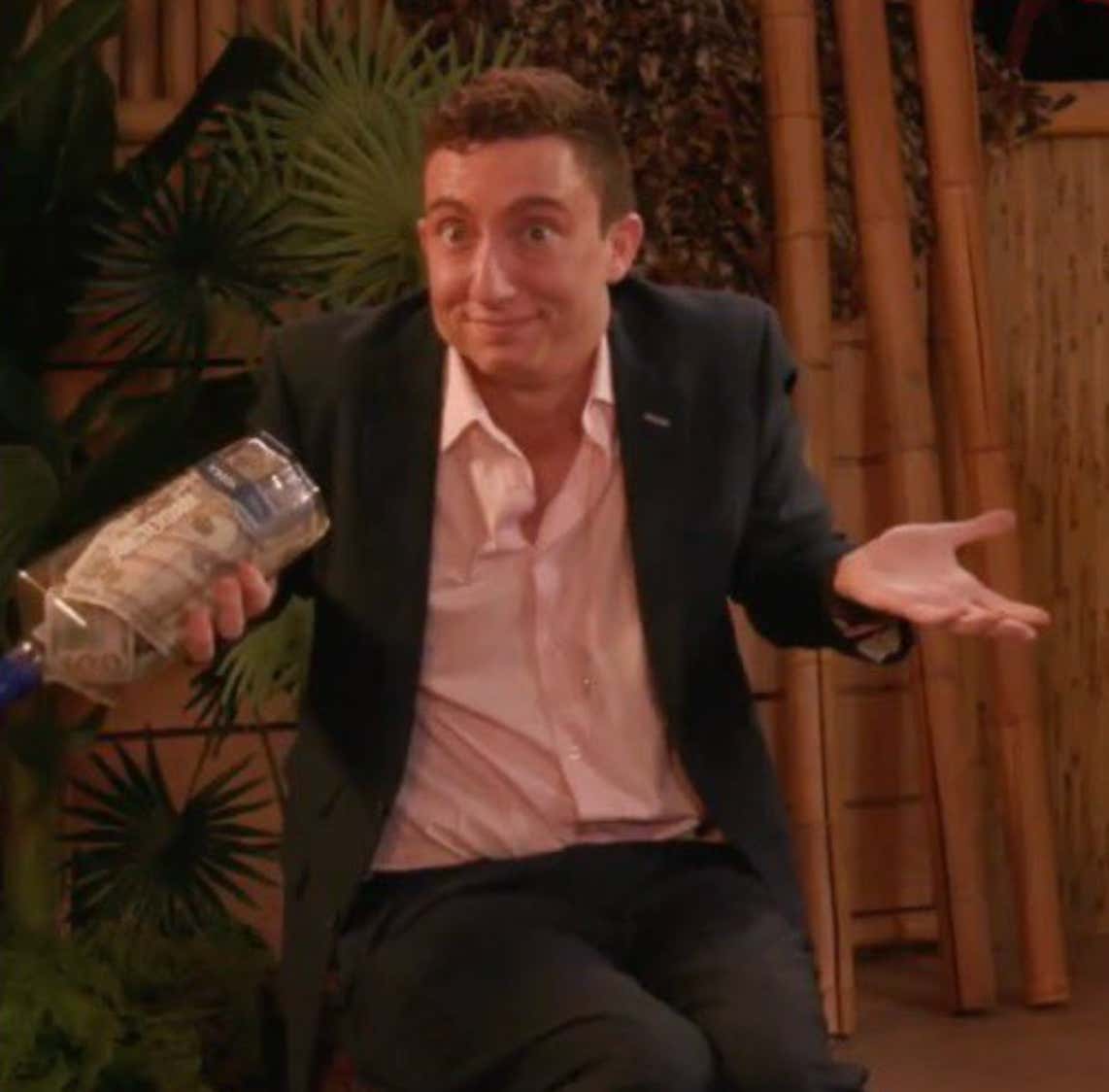 As the lovechild combination of…

Okay now let me explain in each in detail.

Russell Hantz: This was a common comparison last week. I played the asshole/villain/idol-fueled game that Russell did in Samoa and Heroes vs Villains. Unfortunately for Russell, he got enough bitter jurors to cost him deserved victories. Fortunately for me, I was able to win despite a moderately bitter jury. To further the comparison, if I ever return for a future season, I will likely get the same treatment Russell did in Redemption Island.

Tony: Villains. Idol masterminds. Winners. In Cagayan, Tony famously lied about the powers of his super idol to secure himself safety. I lied about playing my real idol and then lied about my fake idol (which did get sniffed out, but worked longed enough). I also would say there is a big comparison to his game in Season 40. That's sort of what I most modeled my game after. Tony had a huge target on his back and knew people wanted him out, but he managed his threat level until everyone let their guard down, so he could knock them down one by one with masterful gameplay. I had a similar target on my back as the Survivor superfan, but everyone let their guard down and never targeted me

Cochran: Nerds. Geeks. Dorks. Call us whatever you want. But we're both superfans. And we're both champions.

I think that's about enough for the self stroke session.

What do you think of the comparisons, and what ones would you make?

AND CATCH UP ON THE SERIES HERE