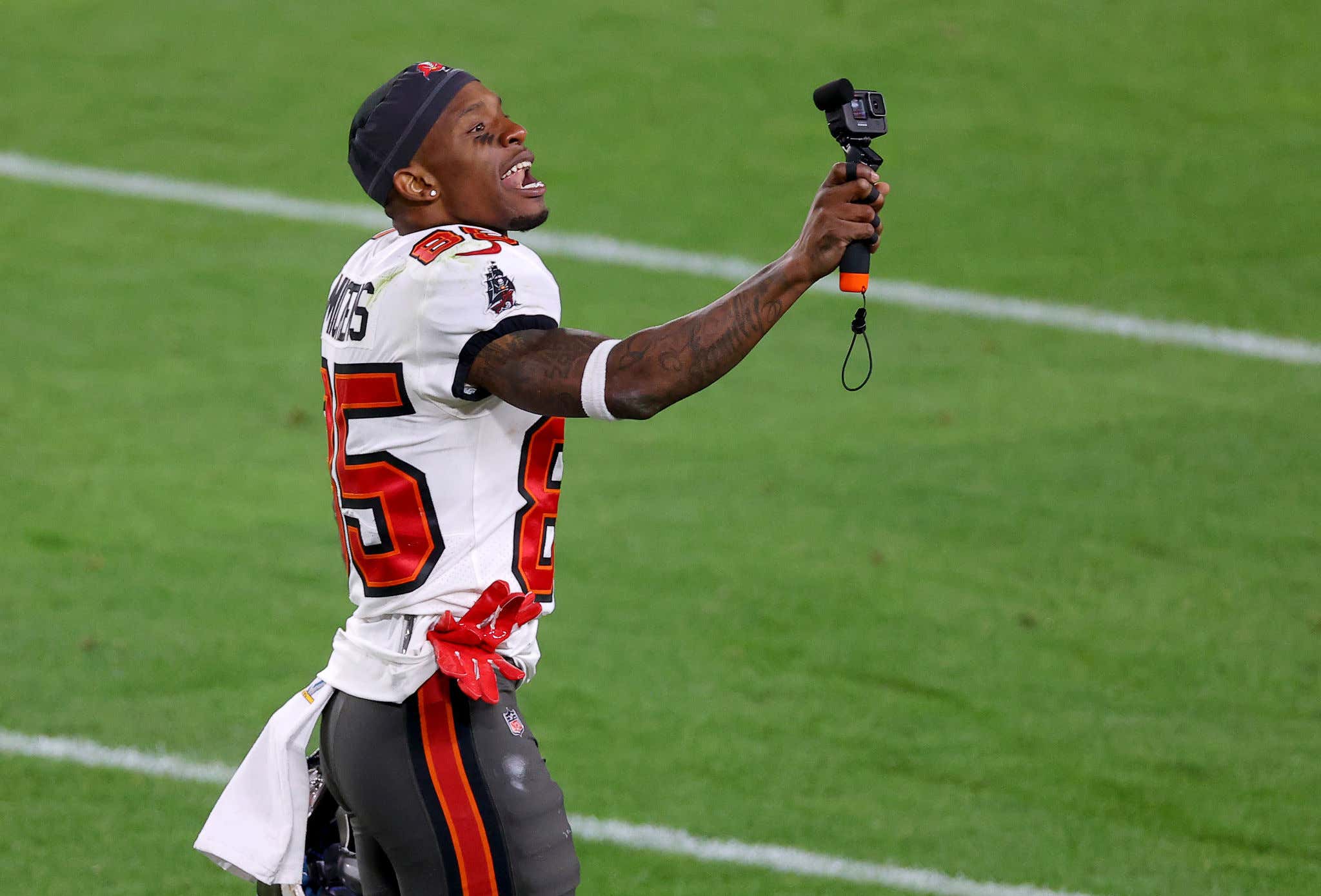 Pro Football Talk — When Jaydon Mickens first got to the Jacksonville Jaguars as a member of their practice squad three years ago, the former undrafted wide receiver found himself sleeping in his car in the parking lot at Everbank Field.

These are the stories I live for after the Super Bowl. There's at least one every year, like clockwork — almost to the point that any reasonable person who thought about it for a few minutes might reach the conclusion that there's somewhat of a salary disparity issue, or something. But I'm not here to dissect the economics. I just want my fill of "Player X was (verb of an essential function, i.e. living, sleeping, pooping) in (a place that a person would never normally live, sleep, or poop) just (short amount of time ago, honestly 3 years is kind of borderline pushing it)… now he's a Super Bowl champ." That algorithm undefeated when it comes to penetrating my cold dead heart, deep enough to get an "Aw…that's nice."

This year's featured downtrodden player is return man Jaydon Mickens. So what are the fill-ins to the Mad Lib above?:

Slept in his car in the parking lot of the Jags stadium because he couldn't get accepted for an apartment anywhere on his practice squad salary especially if he was about to get cut and move cities any minute.

Also I've anticipated your questions so I'll ask them to myself and answer them right after the blurb.

In an interview with Sports Radio 950 KJR in Seattle on Monday, Mickens spoke about his experience sleeping in his car and having it now pay off with a Lombardi Trophy.

Mickens said that he couldn’t find anywhere to say on a practice squad salary that would give him the flexibility of a short-term lease should he have been released by the Jaguars. Mickens got to Jacksonville shortly after Hurricane Irma had ravaged the city in 2017 and the places Mickens was trying to stay wanted the security and cash flow security of longer leases as they had damaged properties to repair.

First question — I mean, he's not getting paid Brady money, but NFL practice squad is still a decently paid gig, at least enough to get a crappy place month-to-month. Why's he sleeping in a parking lot? Just to fulfill his dream of getting this blog about himself at 5 PM on a Tuesday?

Close readers of the 3 mini-paragraphs should have seen the answer to that…kind of. It was Hurricane Irma, which ripped the city apart, so nobody would do short-term leases — if you weren't doing a couple years with full security and first month, no thank you, hope your car has a heater. (Although I gotta say, I've survived on like, $4,999 less than $5,000 more than once, so I'm not totally sure how he couldn't finagle his way in somewhere. At the very least, what's a Holiday Inn room cost?)

Much more obvious question — couldn't he stay with a teammate? Football teams are like brotherhoods. And nobody lets their brother sleep in a parking lot.

Unless you're Marqise Lee and you just REALLY need your space after the clock strikes midnight.

Mickens said he hung out at teammate Marqise Lee‘s house until around midnight and then went to the gated lot at the stadium and would stay in his car from around 1 a.m. until 5:30 a.m. before going into the facility for work. Mickens said fellow receiver Larry Pinkard did the same thing.

I'd imagine he was embarrassed and not exactly flaunting his sleeping situation, too proud to ask for help? I find it hard to believe there wasn't a guest room, a couch, or a carpeted floor at the very least from someone on an entire team roster. You gotta wonder if this story speaks more to the perserverance of Jaydon Mickens or the questionable Jaguars team culture?

Obviously, Mickens ended up with the Bucs, making the active roster as a return man. He had 3 returns for 75 yards, and ended up with 1 Lombardi trophy. Congrats to him, and worst case, if the Bucs somehow replace him at least he has something to cuddle with on those long parking lot nights.

“Man, it honestly doesn’t feel real. It’s very surreal,” Mickens said of winning the Super Bowl. “I haven’t won a championship since probably 2004, my Pop Warner days. This is something that I’m not used to but it’s something I knew we were able to accomplish through everything we’ve been through this season. But it doesn’t feel real.”