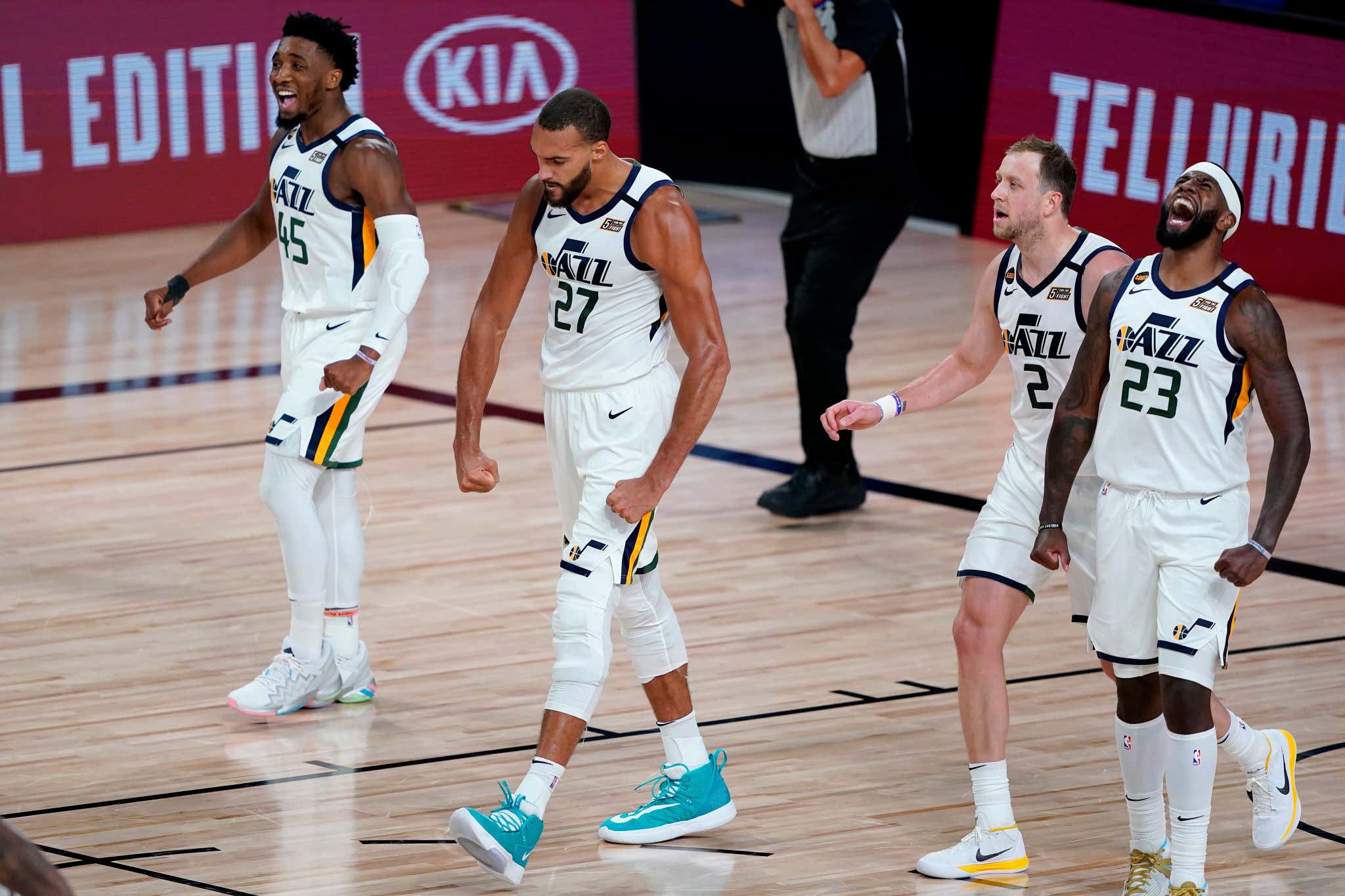 About three weeks ago, when the Jazz were winners of 6 straight, I wrote this blog

That was on January 20th. Since that moment they've won 13 of their next 14, and 19 of their last 20 overall. To put it simply, at this moment the Utah Jazz are the best team in the NBA. Don't get defensive Lakers fans, it's OK.  I wanted to take a look at what has made them so fucking good for the last five weeks because it's been insane. I mean any time you go from 4-4 and a loss to the Knicks to 23-5 a little over a month later, that's certainly impressive.

Now, if we're going to give the whole truth in regards to the Jazz, it starts by looking at their schedule over this timeframe. 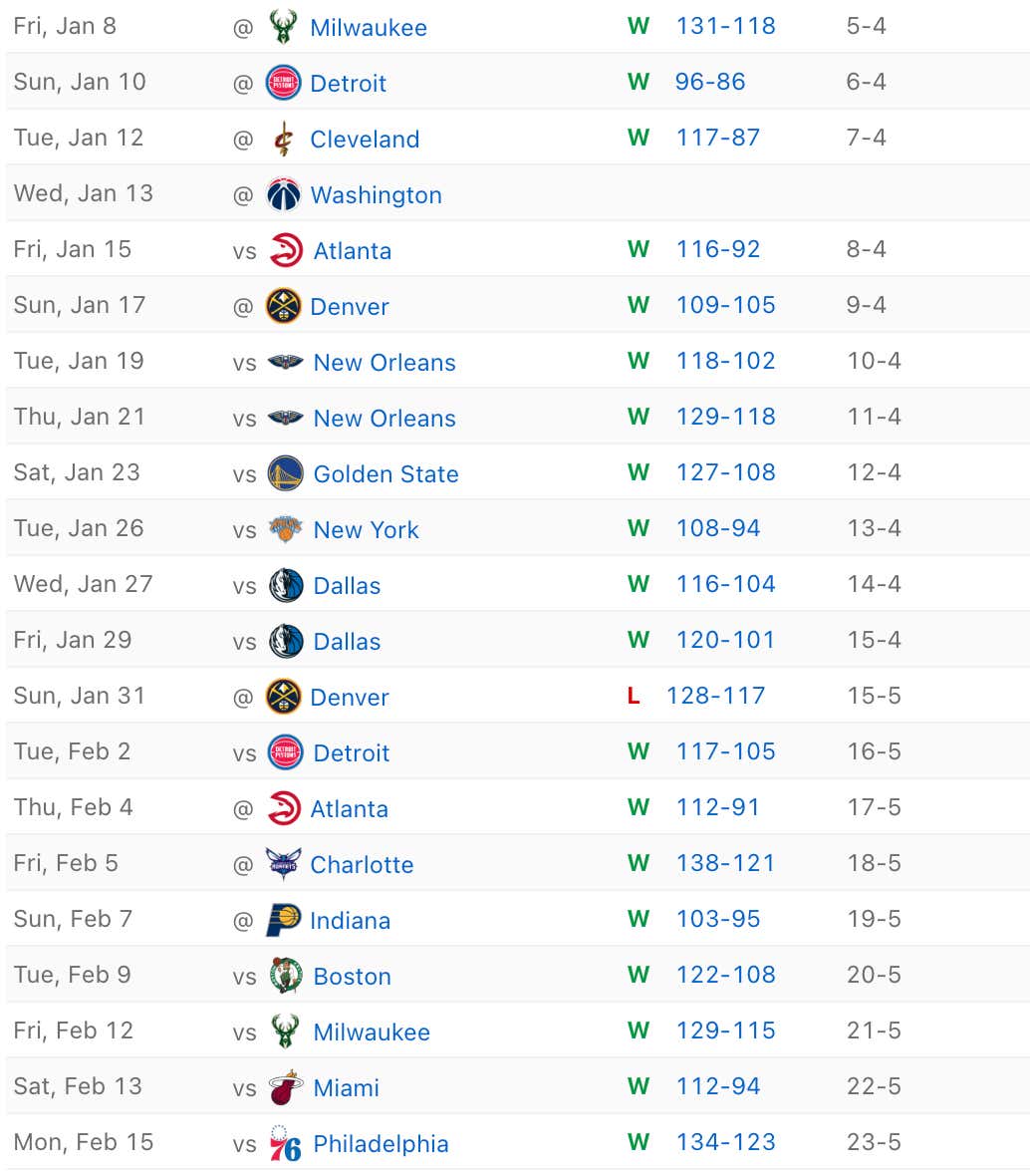 12 of those wins have come against teams below .500, but that's going to be the case with everyone's schedule. While some may see this as a reason to discredit the Jazz, I disagree. Good teams don't play with their food. We can't say the Jazz are only good because they are beating up on bad teams (13-2) but then not say the same thing in regards to the Lakers record (12-1) or the Sixers (13-3) or Clippers (15-3) or Bucks (12-5). There are some quality wins mixed in here like beating the Bucks, Nuggets, Warriors, Celtics (HA!) Pacers and Sixers. Shit, even the Hornets are a feisty 7 seed right now even if they are two games under .500.

If we look at the entire season, you'll learn that the Jazz own the NBA's 4th best offense, 2nd best defense, and the best net rating. They lead the league in rebounding and have the best point differential in the entire NBA. They outscore the Lakers while giving up and are 10-3 against the West so far this season. Essentially, their win/record profile is what you would expect from a team that lives atop the NBA food chain at the moment. If you look at how they've been this last month, all of those rankings go up. A nice spot in 2nd in offense, 2nd in defense, and 1st in net rating.

So what makes them so hard to beat? Well for starters, and you may have not even realized this, but the Jazz are the best shooting team in the league from deep. They've been making 17.7 3PM a night over the last month while shooting 40% as a team. Over this stretch, they have 6 players taking at least 4.0 3PA a game. Of those 6, a total of 5 of them are shooting above 40%. The two that aren't, one of them is Jordan Clarkson who is making 3.5 a night at 37% (he also just dropped 40 against the Sixers last night). This isn't just the case of someone like Donovan Mitchell (3.6 3PM, 42%) having a hot streak. Their entire roster is having a hot streak and that's what makes them so tough to guard. It's not like you have to double anyone on this roster which opens up shooters for wide open looks either. They get their open looks through fantastic ball movement. You're looking at a top 5 team in Catch & Shoot FG% at 40.5%. This is NOT a team that relies on isolation basketball, running it just 4.8% of their possessions, which is 22nd in the league. If you want to stop them on the offensive end, you have to actually defend, It's not a situation where they just give it to a guy and everyone else stands around and watches.

Where they will kill you is in P&R. They are the best P&R team in the league, currently ranking in the 96th percentile when using the roll man. When using the ball handler to score, they rank in the 89th percentile which is the 4th best in the league. That's something they basically lead the NBA with in terms of frequency. Whether it's Donovan Mitchell off a high screen that allows him to get downhill

the point is the Jazz put your defense in a tough spot with this set. You have to worry about one of the best rim running centers in the league in Gobert, and if you help too much on him, their guards are going to carve you alive. If you try and go into drop coverage, all their ball handlers can hit that midrange jumper on a consistent basis. It's not a complicated offense, but that's not really the Jazz's style. They aren't flashy, but they are effective.

On the defensive end of the court, you should know by now what Rudy Gobert brings in terms of elite rim protection. But that's not the only thing that has this defense looking so good. For starters, their perimeter defense is also among the best in the league. They give up just 11 3PM for their opponents which ties them with the Lakers for 2nd in the NBA. Opponents are shooting just 35.3% from deep. Most importantly, they defend without fouling. Only 18.8 FTA (3rd in NBA) a night which is big time stuff. The Lakers lead the league in this category at 18.4. So think about that for a second. You have elite rim protection in Gobert, your guards and perimeter defenders are the best in the league at limiting threes, and everyone defends without fouling. You add it all up and that's how you become a team that basically never loses over the course of their last 20 games.

The thing is, when it comes to the Jazz, nobody is going to give a shit what they do in the regular season. It's a little sad, but that's the reality. They could go undefeated the rest of the way and people won't believe in them until they show it in the playoffs. Not me. I believe in them because I have eyes. Not only that, the data backs them up.

The biggest takeaway you get watching this Jazz team is they play the right way. They are connected offensively, the ball moves through multiple guys before a shot goes up, there's cutting, and overall there is unselfishness to their game that becomes contagious. It's beautiful basketball and a level that no other team in the league is playing right now.

I don't know how this could be possible, but start paying attention to the Jazz if you haven't been already. They are turning into a legit wagon right before our eyes and that's not changing anytime soon.