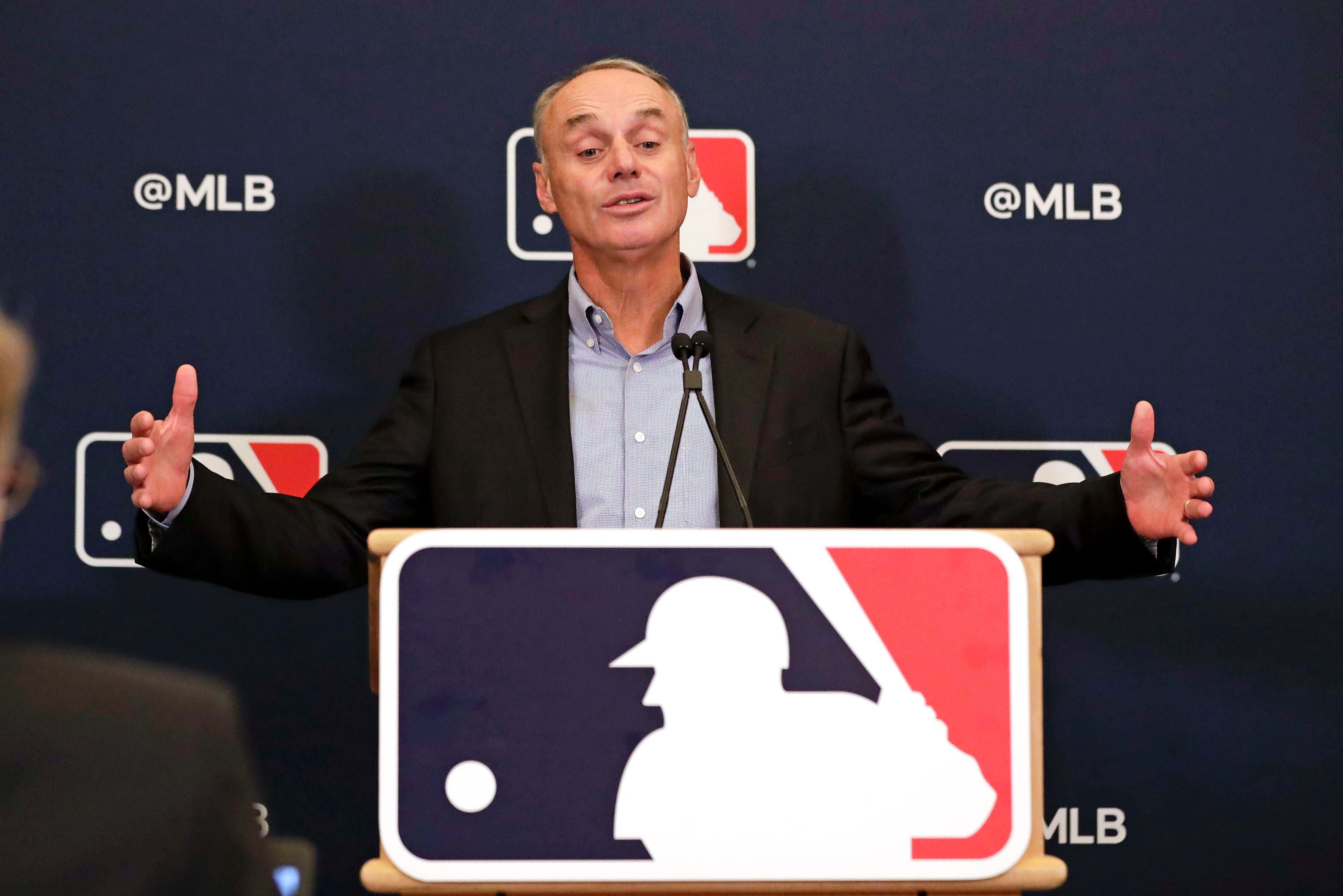 Fewer home runs might be hit this year in baseball, sacrifices on the path to efficiency and standardization. Multiple sources confirm the ball’s construction will change slightly, and five more teams are adding humidors for ball storage — all parts of MLB’s attempt to reduce the wild recent year-to-year swings in home run rates league-wide.

The Athletic obtained an internal memo Major League Baseball sent Friday to general managers, assistant general managers, and equipment managers outlining minor changes that might combine to reduce offense slightly in the 2021 season. The combined effects might seem imperceptible to fans and perhaps even those on the field, but past history suggests very small changes to the ball’s construction can be a big deal.

I mean this is getting ridiculous. One year if you check swing and make contact the ball is at minimum on the warning track. Now if you get a hold of one it might not clear the fences whatsoever. You can't just change this shit every year!

After it became patently obvious MLB juiced the baseballs a few years ago, Manfred came out and denied any such tomfoolery. Science then literally proved Manfred completely wrong so he chose to blame the bats. Then they blamed the way hitters were swinging. Rob Manfred refused to admit he altered the baseball so that more runs. Pitchers' ERAs soared for no reason other than the baseball became a beach ball. Literally everyone associated with baseball knew what was going on, but just had to deal with it. Quite possibly the worst kept secret ever.

So now what's baseball doing? They're 'deadening' the ball. Oops! We made a mistake guys. Sorry for those careers that were lost! What's that going to do? Well…

“It’ll be like adding five feet of outfield walls to every wall in the big leagues,” the analyst said.

Adding FIVE FEET to all fences across baseball would be pretty big deal. Sounds like MLB is trying to shift the balance of power back to the pitchers. These morons can't figure out what they want. Maybe it's because they're morons and shouldn't be running a sport in the first place. Forget chicks digging the long ball, what about long fly balls caught at the wall! Fuck yes, ratings bonanza.

If I were commissioner steroids would be legal, pitchers could use whatever foreign substance they wanted on their arms, and collisions at home plate would be back in play. You're goddamn right I want SlugFest back in my life. That shit was awesome. Hitters and pitchers juiced up going at each other. That's when the sport was most popular right? Well, bring that shit back. Turn a blind eye to everything and watch the popularity soar through the roof.

Or….we could deaden the baseball only to probably juice it back up again next year. Hell yeah!

P.S. Want to know how to change the game for the better without affecting a single that actually happens on the field? Let people tweet out highlights. Let players post their own stuff on their Instagrams. Embrace social media as a golden tool to grow your sport. It's not hard. The NBA does it better than anyone and it's a big reason why their sport has flourished over the years. Figure out Manfred or get lost.