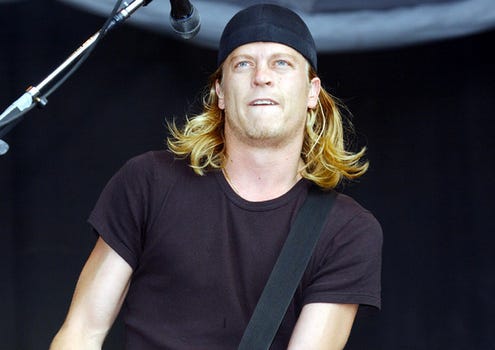 Fox – Puddle of Mudd frontman Wes Scantlin was arrested for driving while intoxicated in Minnesota on Sunday, FOX411 has learned.  According to TMZ, police spotted Scantlin speeding and when the singer did not pull over, cops were led on a 100 MPH chase. When they caught up with Scantlin, he was allegedly slurring his words and smelled of alcohol. Scantlin scored a .310 on a breathalyzer test, which is four times the legal limit, according to TMZ. He was charged with a DWI and fleeing a police officer, according to the Renville County Jail’s website, which still lists Scantlin as an inmate.  The singer was arrested for drug possession in 2012 and domestic violence in 2013.
——
The Gordie Howe hat trick of arrests for the guy who made wayyyy too much money being the lead single of Puddle of Mudd. Drug possession, domestic violence, and finally the good ol’ DUI. I guess what they say is no such thing as bad publicity because even me, the leader in the clubhouse when it comes to crappy music from yesteryear, forgot about Puddle of Mudd. They came out exactly the same time as Nickleback with the exact same look and exact same sound. Nickleback are zillionaires selling out arenas, and Puddle of Mudd are playing county fairs and leading cops on 100 MPH high speed chases. Maybe this is all a calculated plan to get PoM back in the news? Next thing you know the rock station in town in playing Blurry and they get a gig over at the local community theater. Come back city, population Puddle of Mudd. 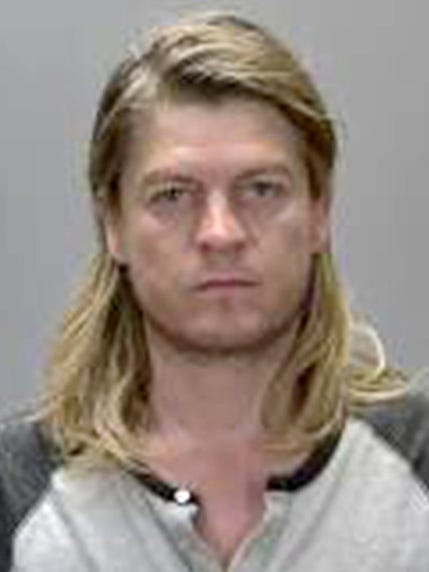 If we’re being honest, that’s some great mugshot flow. Just really great hair for someone who just blew a .310. Think they kinda have to knock down the charges just because of that. Wouldn’t want to set a bad example for the kids.