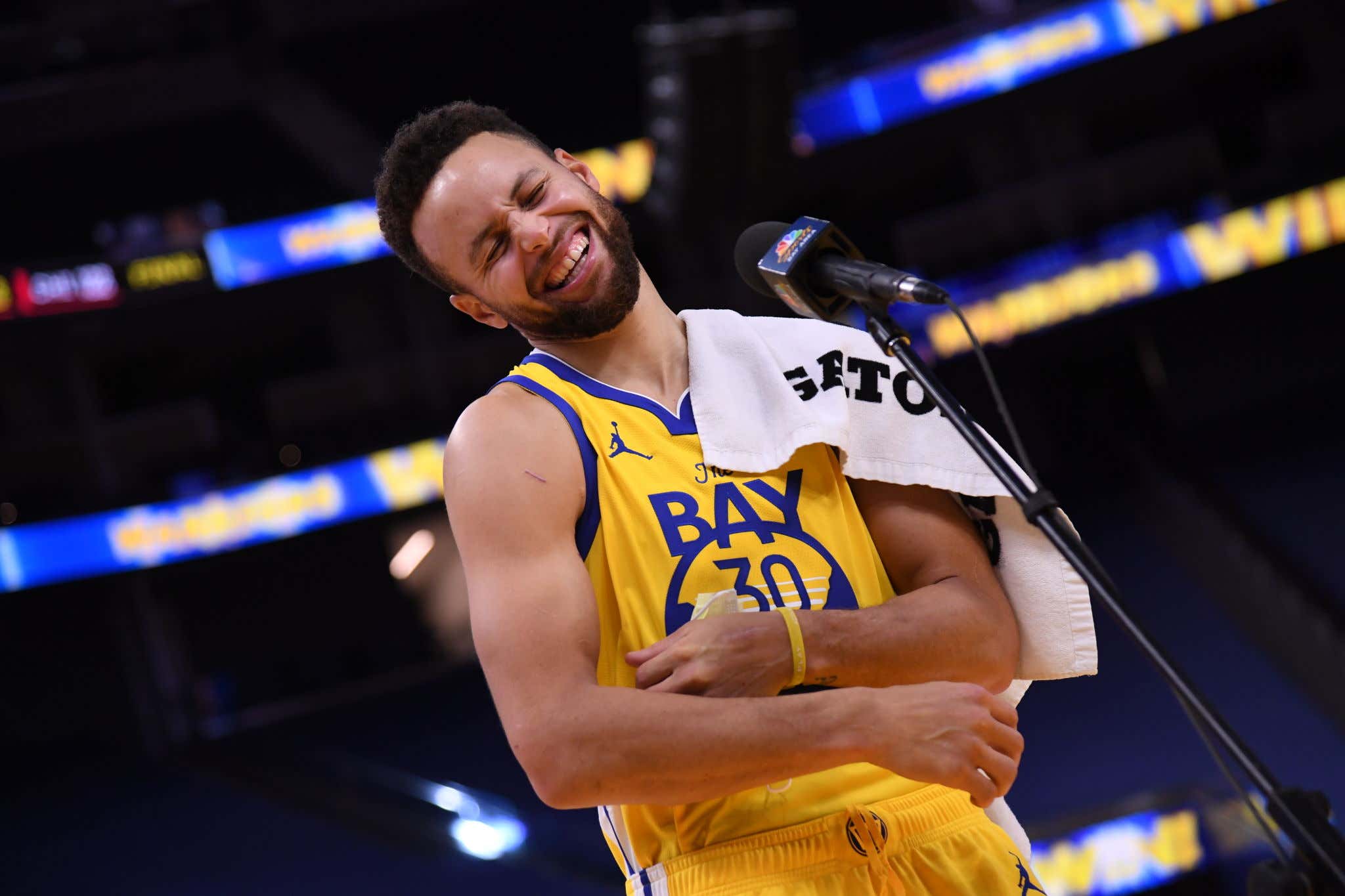 Remember when the NBA season started and Steph Curry did this?

Twitter/Warriors haters/Steph haters couldn't help themselves. They were foaming at the mouth ready to not only call Steph "washed", but basically question his entire basketball legacy. It was wild. I'm not being hyperbolic either, those takes were out there. That was a real life early season narrative….after two games. Truly amazing if you ask me. I can't remember seeing a player of his caliber get slandered like Curry did to start the season.

Well now look where we are at the 23 game mark for the Warriors. Not only are they currently in the top 8 out West, but this is Steph's season up until today

He's already dropped 62 in a game this season, and then he did this over the weekend

57 points on 61/57% splits with 11 3PM in 37 minutes in a tough close loss to the Mavs. Does this look like a guy who is washed up to you? Where did all those hot takes go about his basketball legacy? Here's the reality. Steph is currently having pretty much as good a season as either of his MVP years. See for yourself

I know early season overreactions happen all the time. We get them every season. But people were serious when it came to Steph after those first two games. As of this blog, he's

3rd in the NBA in scoring

Basically, we're getting vintage Steph. A version of Steph that would dominate the NBA storylines in any other season. We know this because it happened. You look even closer and his shooting numbers are even crazier

You'd be a fool to not have Steph in the current MVP conversation. I wouldn't put him ahead of guys like LeBron/AD/Embiid, but he could easily be 4th. Safe to say those early season takes could not have been more wrong. In fact, has there ever been a take that is so drastically different from reality? Who else goes from being washed up to an MVP candidate?

I understand that in today's world, especially on Twitter, everyone has to have a hot take. But maybe this will teach people that when it comes to an ALL TIME FUCKING GREAT, maybe it's not the best idea to discredit his entire career based off two bad games to start a season. Maybe it was just all Lakers/LeBron fans or something that couldn't resist, who knows. But anyone that has eyeballs and has watched the Warriors this year will tell you that Steph is in fact not "washed up". He's basically never been better.