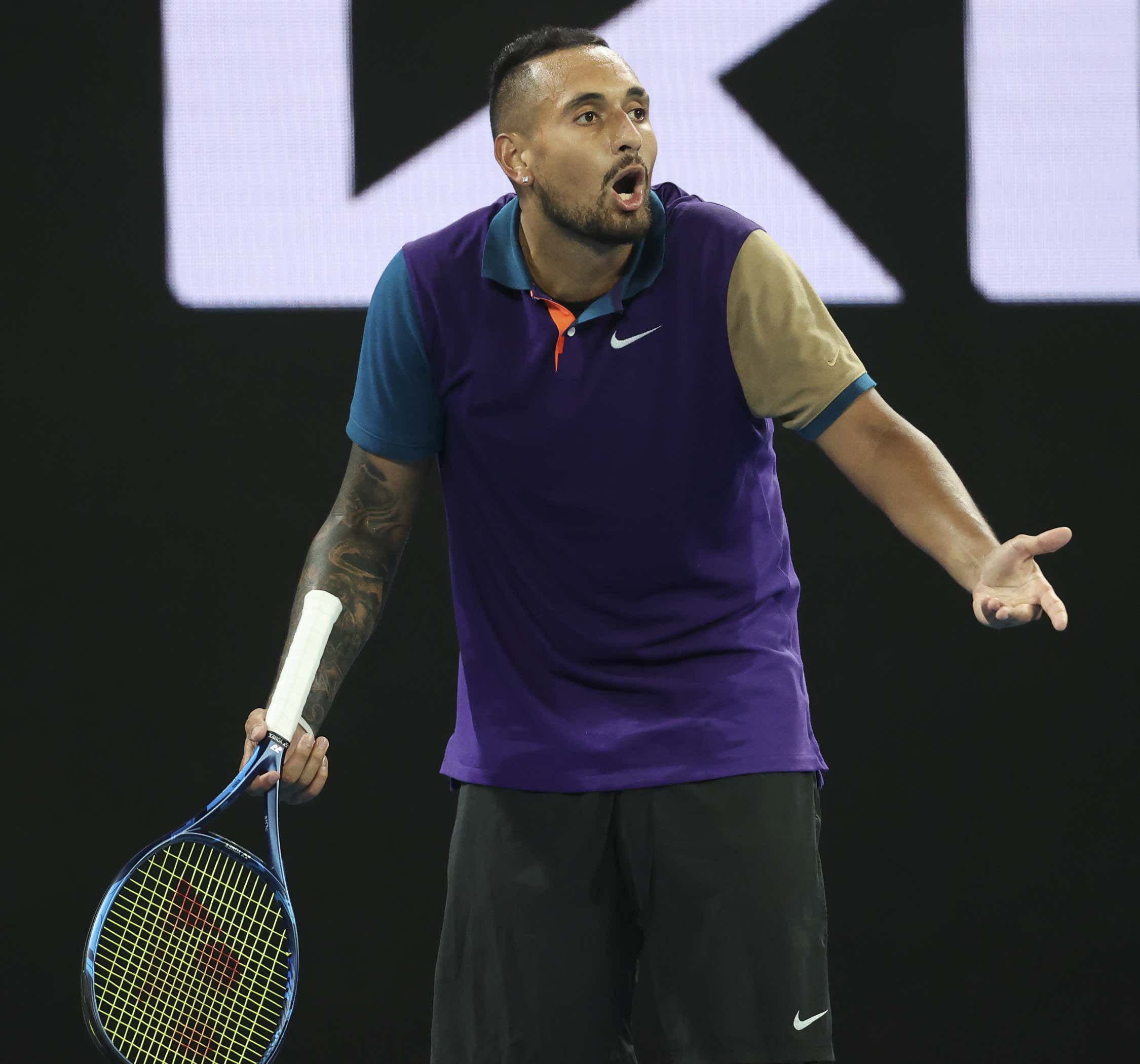 Just as the NFL season was coming to an end last night, the Aussie Open's 1st round began in Melbourne. Later in the night my favorite bad boy tennis star Nick Kyrgios had his first round match against Frederico Ferreira Silva. Kyrgios started the match slow, getting broken during his very first service game. To try and change the early tide he demanded what seemed to be his brother's girlfriend be removed from his player's box and out of his sight. Listen we all irrationally lash out in bad spots from time to time. It's fun! Kyrgios seems to do it more than most, but that's just who he is. Nick finds himself unhappy about a lot of things while on the tennis court. For starters he hates tennis. He's said countless times he loves basketball, but since he sucks at it he plays tennis to make money. Maybe he hates his brother's girlfriend too? Who knows? If you were losing and saw someone you didn't like cheering you on you'd do the same wouldn't you?

Well, Nick went on to win the set as well as the next two to secure a comfortable 1st round victory. Afterwards he called himself a nutjob and seemed to walk back any wrong doing on his team. Like I said, sometimes you just need to irrationally lash out from time time. He's got a great matchup next with Ugo Humbert, and if he gets by there that sets up Dominic Thiem. I'm sure the Humbert one doesn't jump out as an eye popper to the casual fan, but Kyrgios-Thiem would be sick if we can get there. Who knows how healthy Nick actually is though. He's complained about his knee countless times and how he has pain every time he serves. In this first rounder he looked pretty healthy to me, but then again it wasn't the most challenging of competition.

I love this dude. Whether it's the good or the bad he brings eyeballs to the sport of tennis. With the titans, who used to dominate, in the later stages of their careers, tennis desperately needs a guy like Kyrgios to stay in the headlines and draw attention. Anything and everything he does is appointment television. There are great young guys in the sport like Thiem and Medvedev, but the wild card in Kyrgios is always the one you must keep an eye on because you truly don't know what's next.

These pictures from a warm up tournament last week of him breaking his racket and tossing it INTO the stands are incredible. 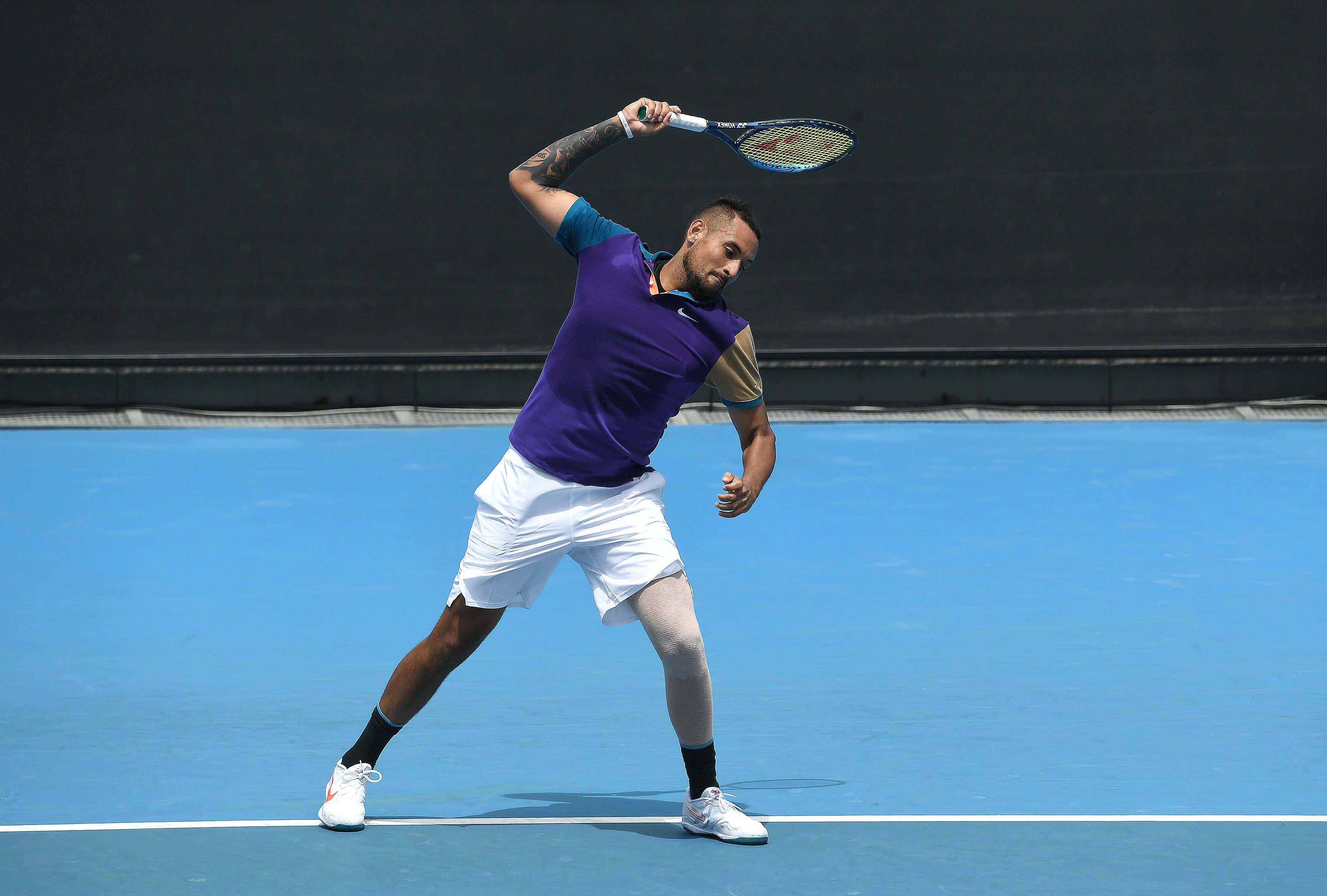 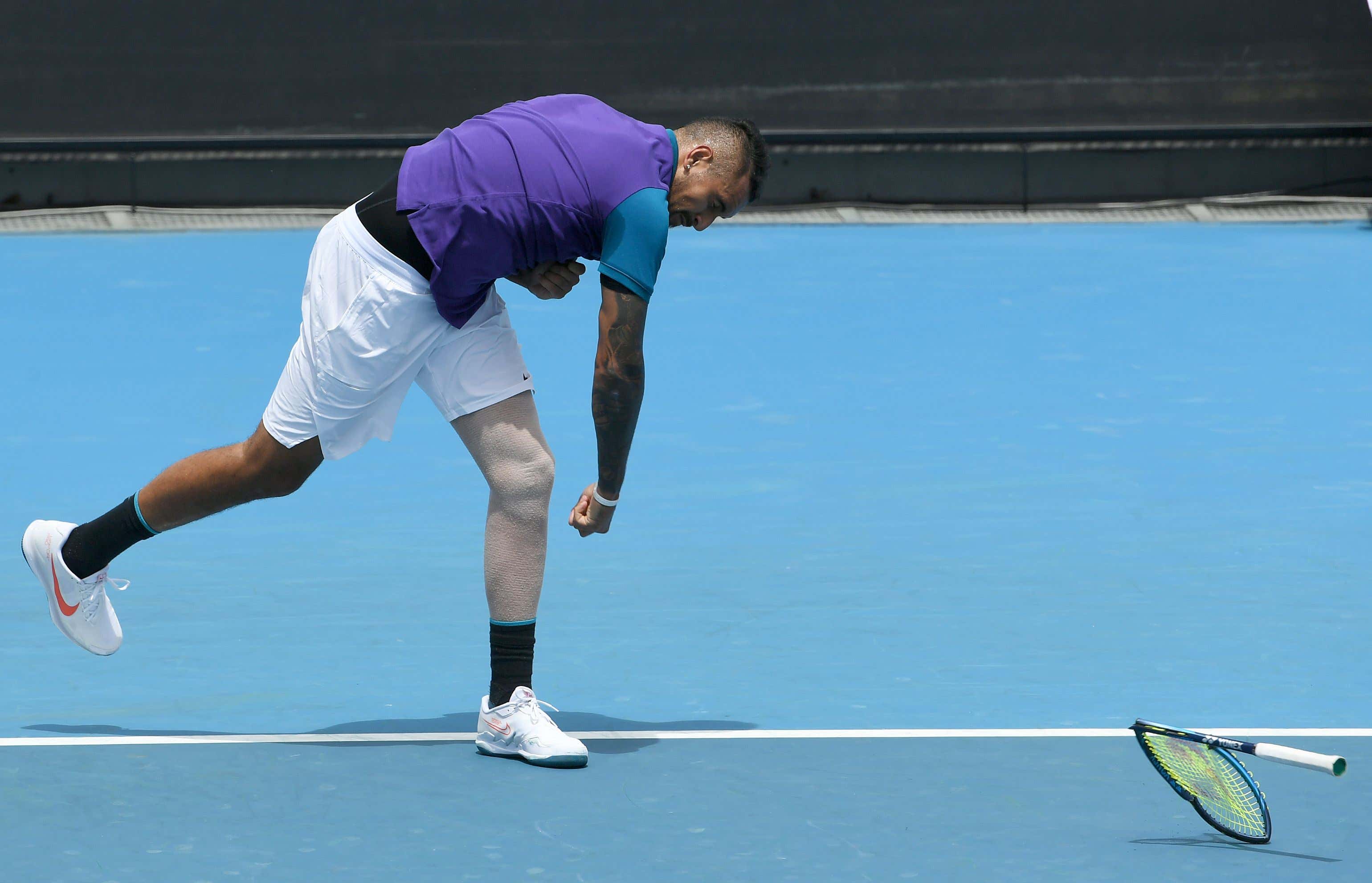 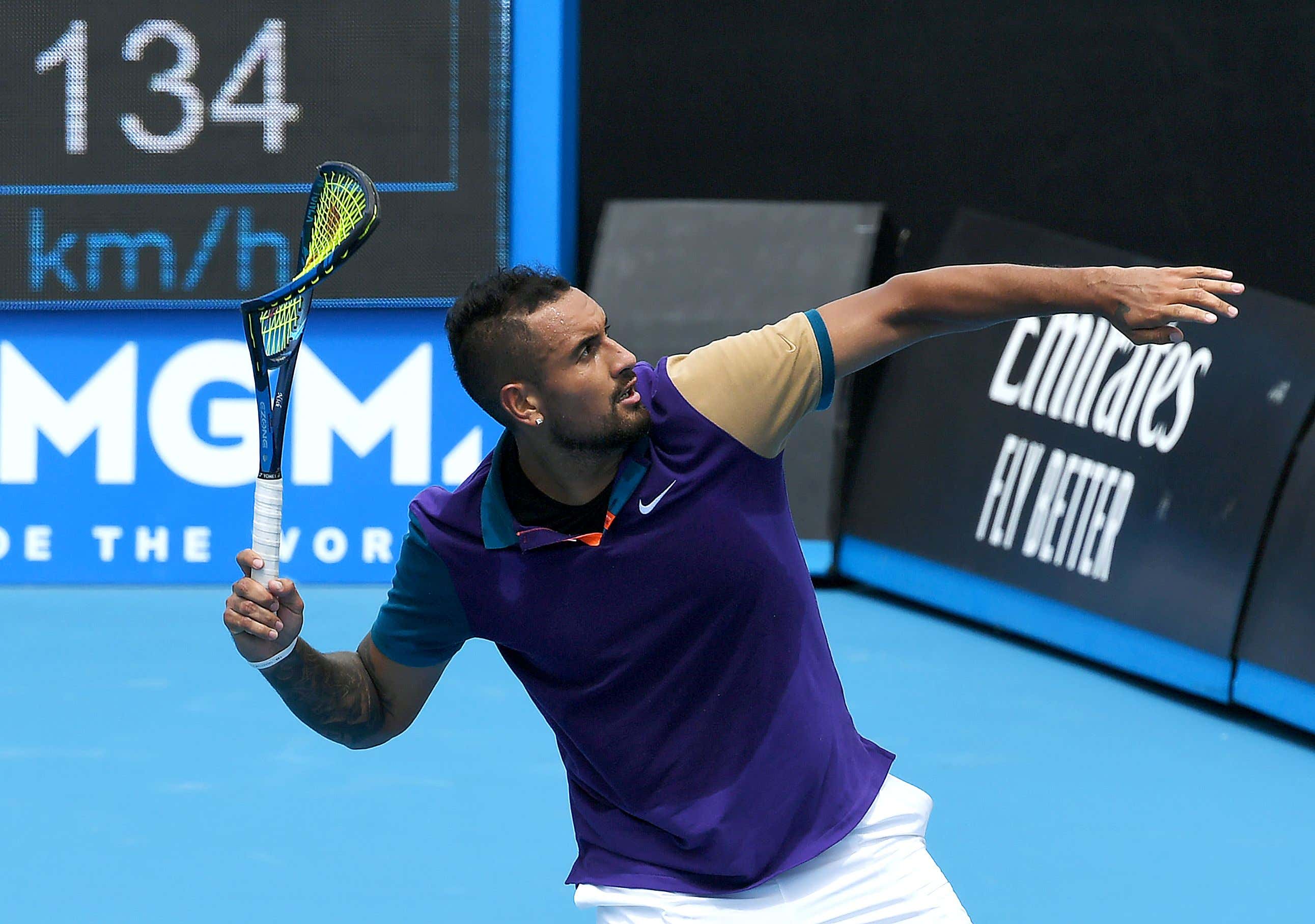 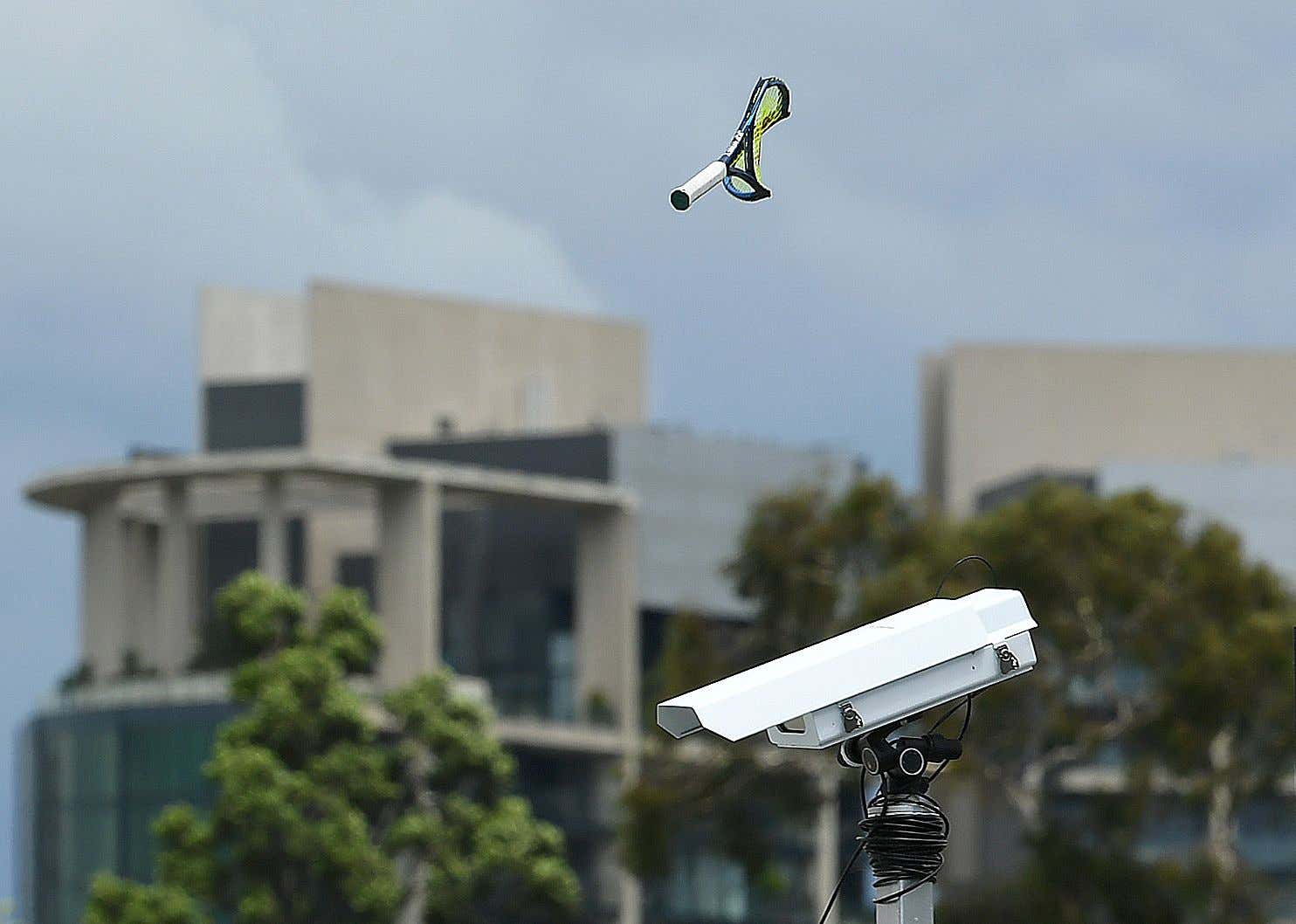 Motherfucker LAUNCHED his racket. No one was in the stands for that match so don't call the police, but it's just hilarious the last shot is of Nick's racket completely airborne over the camera.