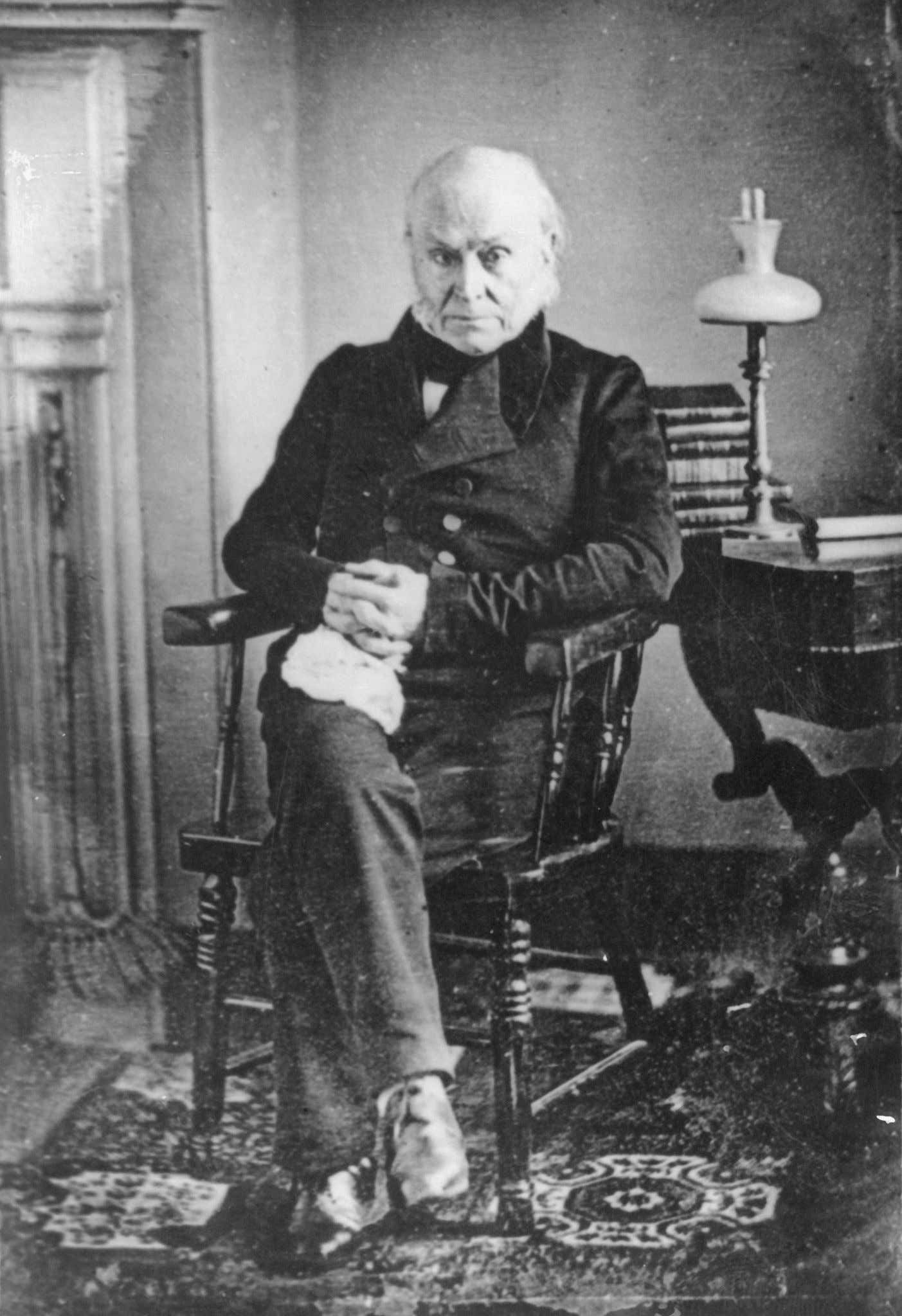 Happy worst day of the year everyone. The Monday after the Super Bowl. For anyone that missed the first blogs in this series which covered the first four United States Presidents, you can check them out here. For a quick summary of what these are and will continue to be is every Monday, I'm running through what we collectively didn't learn in school about United States presidents, starting with Washington and working my way toward now. This isn’t at all about policy or politics or what laws and bills they did or did not approve of. The goal here is simply to provide you with some more information on some of the most powerful dudes to ever walk this planet that our educations left out. Maybe that will be enough, maybe it will send you on a journey to discover even more on your own time. I think I am just going to include this beginning paragraph every time for clarity, and those who have tuned in (and continue to do so thank you for your support) will know to skip it. Regardless, I’m happy you're here.

John Quincy Adams. Adams, that sounds familiar. I wonder why that is? That is because his dad was the second POTUS. Aside from that, we really didn't learn a ton about JQA, but that alone is more than we learned about a ton. I'd place him in the 15-20 range of familiarity based on my own rankings I completely made up in my own brain. We, naturally, talked a bit about JQA in the blog about his pops, but I'll cover that briefly in the "what we learned" section which comes up…now.

- He is the son of John Adams

- He was the second POTUS to lose reelection (his dad was the first, brutal). (last time I reference my previous blogs on this but you can learn more about this in the John Adams blog)

- He helped negotiate the purchase of Florida and was the main author of the Monroe Doctrine (okay one more time: another thing we learned about last week!)

- Him and Andrew Jackson had a historic rivalry that involved a WACKY election - If you thought the hanging chads and Bush vs. Gore was confusing, buckle up. In the presidential election of 1824, there was a FOUR way divide of votes, leaving none of the four major candidates, JQA, Andrew Jackson, William H. Crawford and Henry Clay, with enough electoral votes to secure the win, even though Jackson took room 41% of the popular vote. For the first time, the responsibility for electing a new president fell to the House of Representatives, who had to then hold a contingent election in February. In a contingent election, the House is limited to choosing from among the three candidates who received the most electoral votes, so Henry Clay got the boot. Each state delegation (there were 24 at the time) had a single vote, and an absolute majority of 13 votes was required for someone to be declared victorious. Kentucky's delegation, whose legislature had voted for Jackson, was swayed by JQA and voted for him anyway, giving him the 13 state total needed and making him the sixth President of the United States, even though he lost both the popular and electoral election. Already political rivals, Jackson did NOT take this well and made it his absolute mission to come back in four years and destroy Adams. We won't talk more about this because it will be Jackson's main topic next week because it was maybe the messiest and dirtiest election in U.S. history, but we do already know how that reelection attempt went for JQA.

- He became the only ex-President to serve in the U.S. House of Representatives - Most presidents spend their time after serving in the highest position doing a whole lot of nothing, at least on the governmental level (not Taft, Taft fucking ruled and the only thing we learned is that he was super fat and he's one of the main reasons I'm doing this series because that man deserves some RESPECT). I digress, we'll get there. That was not the case with JQA. Adams ran, and won, for election to the Massachusetts delegation and took care of some pretty serious business that we still see the lasting impact of today. Adams ensured the founding of the Smithsonian Institution and became what many consider "the father of space exploration" in the United States. How does someone in the 1820s do this? He orchestrated the construction of a network of astronomical observatories across the entire country, referring to them as the “lighthouses of the sky” to study the world above us. It is also said that he was also the first House of Representatives member to champion both abolition and emancipation. A guy ahead of his time in myriad ways.

- He loved skinny dipping - Is this information as impactful on the story of the history of our country as my two points above? No. I is it worth sharing? Yes, I decided. JQA was notorious for being an early riser who got up well before dawn to exercise and get his day started on a positive note. Part of this morning routine was to take a quick swim in the Potomac fully nude. There was a famous story about this activity of his, where it was said after Adams consistently refused an interview with a reporter named Anne Royall, she hiked down to the river while he was skinny dipping, stole all of his clothes, and sat on them until he agreed to talk. As hilarious as this would have been, and downright preposterous considering he was the PRESIDENT OF THE UNITED STATES, the story has been disproven by historians. His naked dips, however, very much happened.

- He fought and won a Supreme Court case - In July 1839, illegally abducted slaves were forced aboard a ship called The Amistad. They seized the ship, killing both the captain and the cook, and told the surviving crew to turn around and bring them back to Africa. The crew, conversely, sailed north to a point where the ship was seized by U.S. officials, creating an absolute disaster of a situation. The ensuing court case of U.S. v. The Amistad was appealed and appealed all the way to the highest order, the U.S. Supreme Court, where Adams was the lawyer who defended and argued on behalf of the "slaves." He, and they, won with a 7-1 majority. JQA is not alone in this fun fact, as multiple presidents have argued before the Supreme Court.

Was John Quincy Adams our most exciting president? No. Was he the least interesting? No. Did he like hanging his dick out in the Potomac? Absolutely. I held back just a bit on this one because a ton of what is interesting with him has directly to do with Jackson, but I hope I left you properly satiated. See you next week.