Thanks Trevor, I guess? I honestly didn't get through the third tweet because once someone starts using the words "marketing materials for multiple organizations", my eyes start to glaze over and shut because there is a bunch of business jargon only the Darren Rovell's of the world would get off to. Plus I refuse to support this time of reckless behavior. 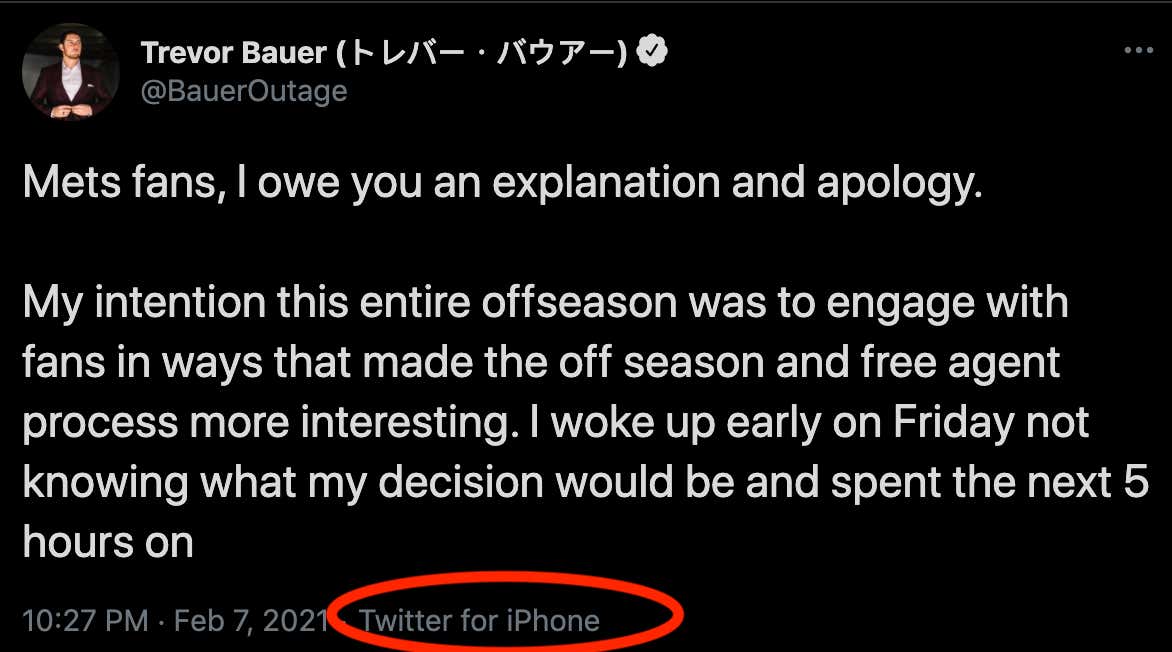 Tweeting a zillion characters in a thread is wild. Tweeting a zillion character in a thread on your iPhone is straight up bananas, no matter how online you or your #brand is. As someone that works in a company that specializes in trolling as well as fucking up with technology in big moments, I honestly don't know if Bauer is telling the truth or not about all of this leaking riiiiight before his decision hit the internet on his YouTube channel.

But it really doesn't matter. The easiest thing Mets fans can do is just ignore Trevor Bauer and he will go away while operating on the completely other side of the country. He kicked the hornets nest that is #MetsTwitter and they will be buzzing around him for the rest of his life and he'll get booed like a supervillain at Citi Field because we do that with every player that crosses out path. Jesse Winker became Public Enemy Number 1 because he had the audacity to WAVE at a couple of fans.

In the end, it's truly all good. Adding Trevor Bauer to a rotation with Jacob deGrom, Marcus Stroman, Carlos Carrasco, and Noah Syndergaard would have been awesome. Paying Trevor Bauer $40 million to be in this rotation where he's not even the best pitcher and may revert to the 4+ ERA pitcher he's been in the past, throw a ball over the centerfield fence, cut up his pitching finger in a drone accident, causing internet chaos after going at someone's throat on Twitter, or whatever type of bullshit that would happen with the LOLMets multiplier on top not as awesome. It always sounded like he wanted to enjoy life in Cali like countless other Trevors do and as someone preparing for the third snow storm in a week, I completely get that. However, the fact the Mets were not outbid for Bauer means there is still a giant bag of Uncle Stevie's money that can go towards improving other positions, whether its over the next few weeks before Opening Day or at some point before the trade deadline as other teams look to unload super talented players at a discounted rate because like 90% of baseball seems intent on shedding payroll these days.