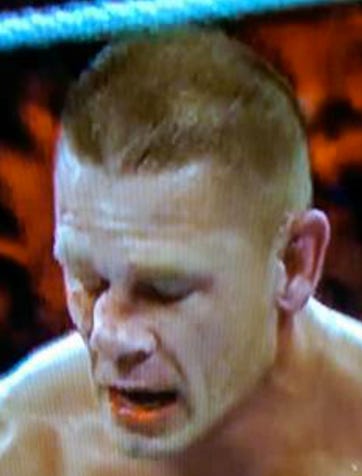 Owen Wilson called, he thinks John Cena’s nose is a bit disfigured. Took a brutal knee to the face during last night’s main event on Raw and started bleeding everywhere. Nose got pushed half way around his face like it was trying to smell his ear, but he continued the match despite not being able to breath. I’ll give him credit where credit is due, they could have easily skipped the last 5 minutes of the match and let him win early, but he kept with the program, and actually was pretty fired up from it. 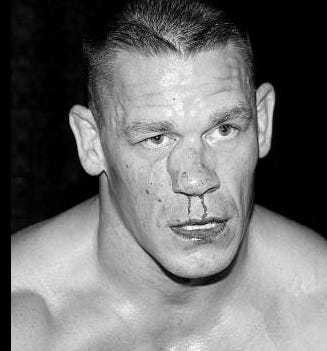 As for him winning the match over Rollins, clean in the middle of the ring, I don’t know what to say. WWE gonna WWE, Cena gonna Cena, etc etc etc. When in doubt, let Cena win and put him in the Main Event. So it’s clearly going to be Cena vs Rollins at SummerSlam for the belt.

The biggest problem though with last night wasn’t John Cena beating the champion and making him tap out. The biggest problem was the commentary on last night’s show, all 3 fucking hours of it, was F—. Brutal commentary, making the show basically unwatchable for me. They had guest commentary on almost every match where 5 people just scream and talk over each other about their own petty bullshit, and everyone completely ignores the action in the ring. Matches go for 8 minutes without a single move being called, without even a mention of the match going on. JBL adds nothing, Michael Cole is a robot programmed by Vince to be as tacky as possible, and Byron Saxton adds as much as Hellen Keller would. And for fucks sake, we don’t need the Bella Twins on guest commentary every time there’s a Divas match. Or need them doing anything in this company at all, but most of all we don’t need them blabbing their gums unless it’s on a dick. So sick of them.

Nothing truly exciting or shocking has happened in Raw since the Shield broke up. 7 weeks til Monday Night Football starts, so maybe that will push them to start really making Raw must-watch TV again. I mean, I doubt it, but hopefully. And of course the true, true problem is that 3 hours is much too long for a TV show. No other TV show needs 3 hours every week to tell a story. And Raw writers simply aren’t good enough to make all 3 hours compelling. Make it 2 hours, make both hours really matter, make it so if you miss something you miss a shit ton of action, and voila, ratings go up. 3 hours is just way too long.