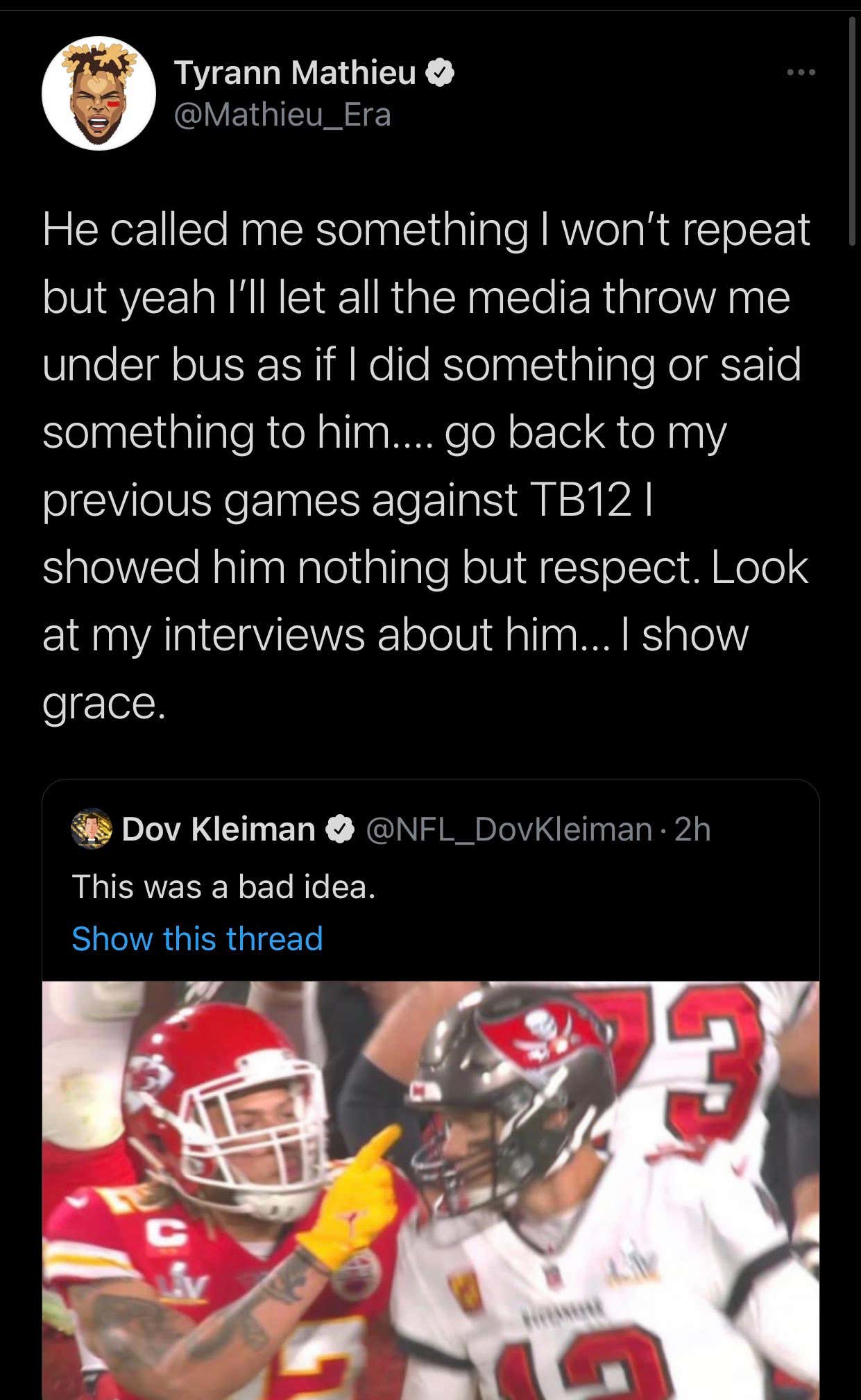 Outside of the streaker this was the only entertaining back-and-forth of the game. And honestly, to call it a back-and-forth isn’t really true. From Brady’s perspective, it was a forth-and-forth. He just kept forthing Honey Badger, and everyone else wearing a Chiefs jersey, to death.

I love Honey Badger, have since LSU. But he’s better than this move. Brady’s the most mic’d up player in the NFL. If he said something truly out of pocket it will certainly come out. My best guess is that Brady called him a bitch right after Antonio Brown undressed him. Certainly rude. You never want to be called a bitch, especially when you’re getting trounced. But that’s the game. Running to Twitter, tweeting this with just enough mystery to let the audience interpret this however they like, and then deleting it? SOFT. Either leave it up and stand behind it or simply throw your phone into a lake and forget the internet even exists until September. Those are your two options after a loss like this.