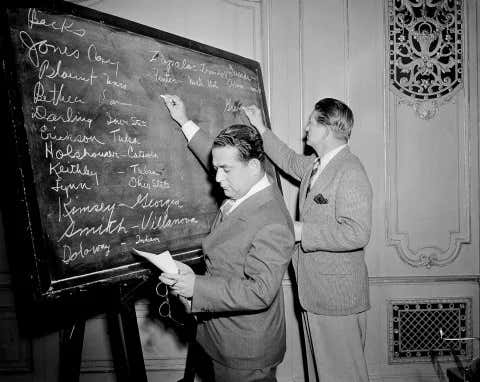 The first NFL Draft is held at Ritz-Carlton in Philadelphia. The draft was created to prevent owners from bidding against each other for the right to sign the best players out of college. The NFL decided that the draft order would be reverse order of the standings, giving the team with the worst record the first pick. The Philadelphia Eagles chose with the first pick, Jay Berwanger, the first Heisman Trophy winner out of Chicago. Berwanger chose not to sign and never played in the NFL. 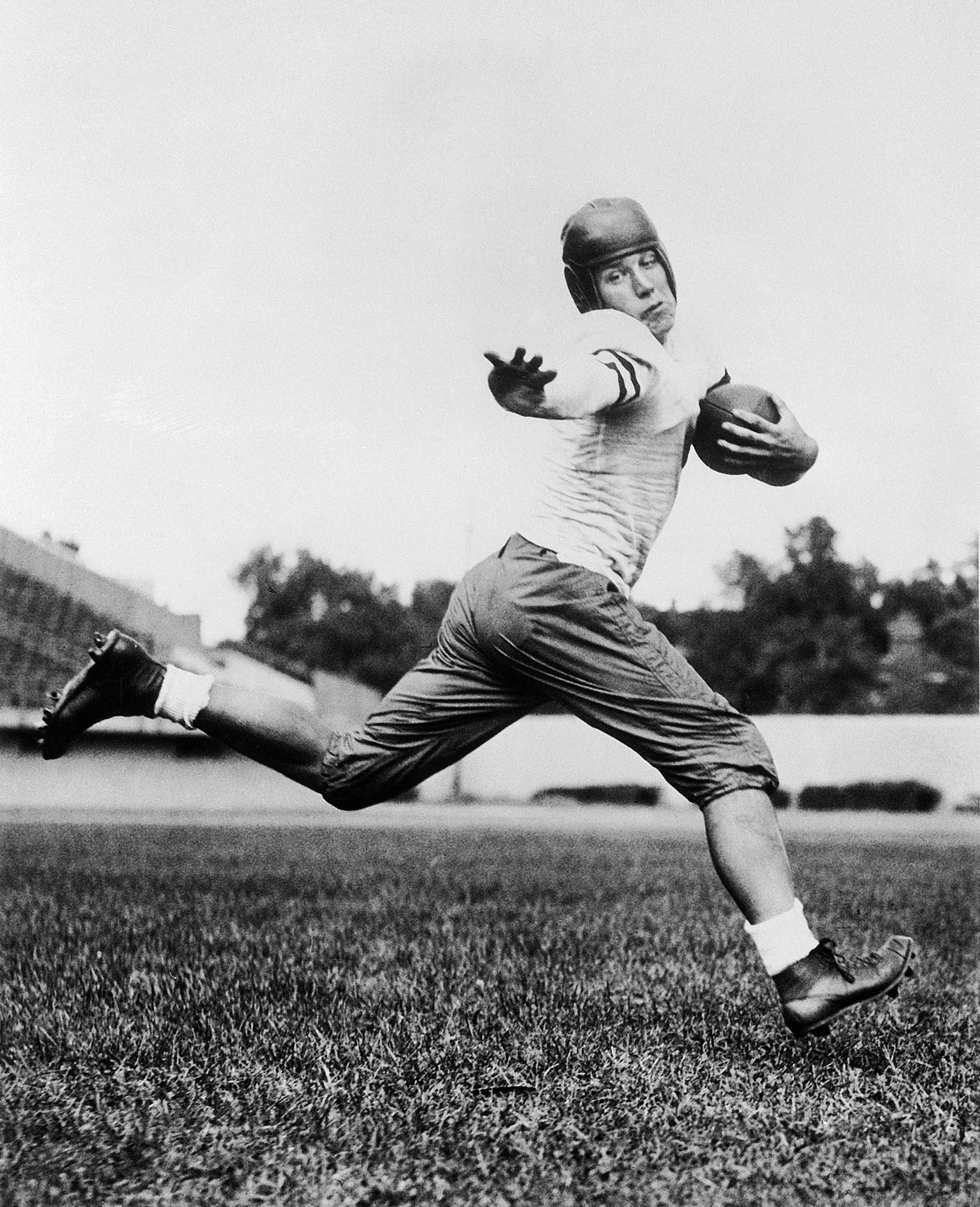 The first Heisman Trophy winner was Jay Berwanger, a running back for the University of Chicago. At one time, the Univers Chicago was a football powerhouse, coached by Amos Alonzo Stagg. A member of the Big Ten, the Maroons were a one-man team in 1935 for Chicago. In one game, he crashed into Gerald Ford of Michigan, leaving a scar under the future President's eye. Berwanger was born on March 19, 1914, in Dubuque, Iowa, and had no intention of playing professional football. In 1936, the NFL was starting to grow, but professional football had yet to receive the respect of the general public.

In 1935 is the Downton Athletic Club in New York began selecting an award for the best player in college football. The club's athletic director John Heisman was a legendary coach and wanted to give back to the game. The award is first known as the Downtown Athletic Club when won by Jay Berewanger in 1935; it was renamed the Heisman Trophy in 1936 when John Heisman passed away at the age of 66 from pneumonia.

The NFL Draft was a proposal of Bert Bell, founder of the Philadelphia Eagles, who had trouble getting top-level players for his team. Bell felt that the bidding of players hurt the league and created an imbalance in talent. He proposed the idea of a draft at the league meetings in 1935. Bell's idea was to select the order in reverse of the standings, so the worst teams got the top picks. Bell would later serve as Commissioner of the NFL.

The Eagles drafted Jay Berwanger but were thwarted when the star running back demanded $1000 a game. Not able to meet his demands, the Eagles traded right to sign Berwanger to the Chicago Bears for Art Buss. Buss played two seasons with Philadelphia. Jay Berwanger continued his demands as he tried out for the 1936 Olympics in the decathlon. After failing to make the team, Berwanger increased his demand to $15,000. He received an offer of $13,500 and rejected it and never played in the NFL. Jay Berwanger later worked as a sportswriter and went on to manufacture car parts. He was modest about his football career, using his Heisman Trophy as a doorstop.

Riley Smith, a quarterback out of Alabama, was chosen second in the draft by the Boston Redskins, he would play in the NFL for three seasons. Joe Stydahar, a tackle from West Virginia chosen sixth by the Bears, was the only player from the first round to have a Hall of Fame career. The first NFL Draft consisted of nine rounds, with 81 players selected, four of which (Stydahar, Tuffy Leemans, Wayne Milner, and Dan Fortmann) went to the Hall of Fame.