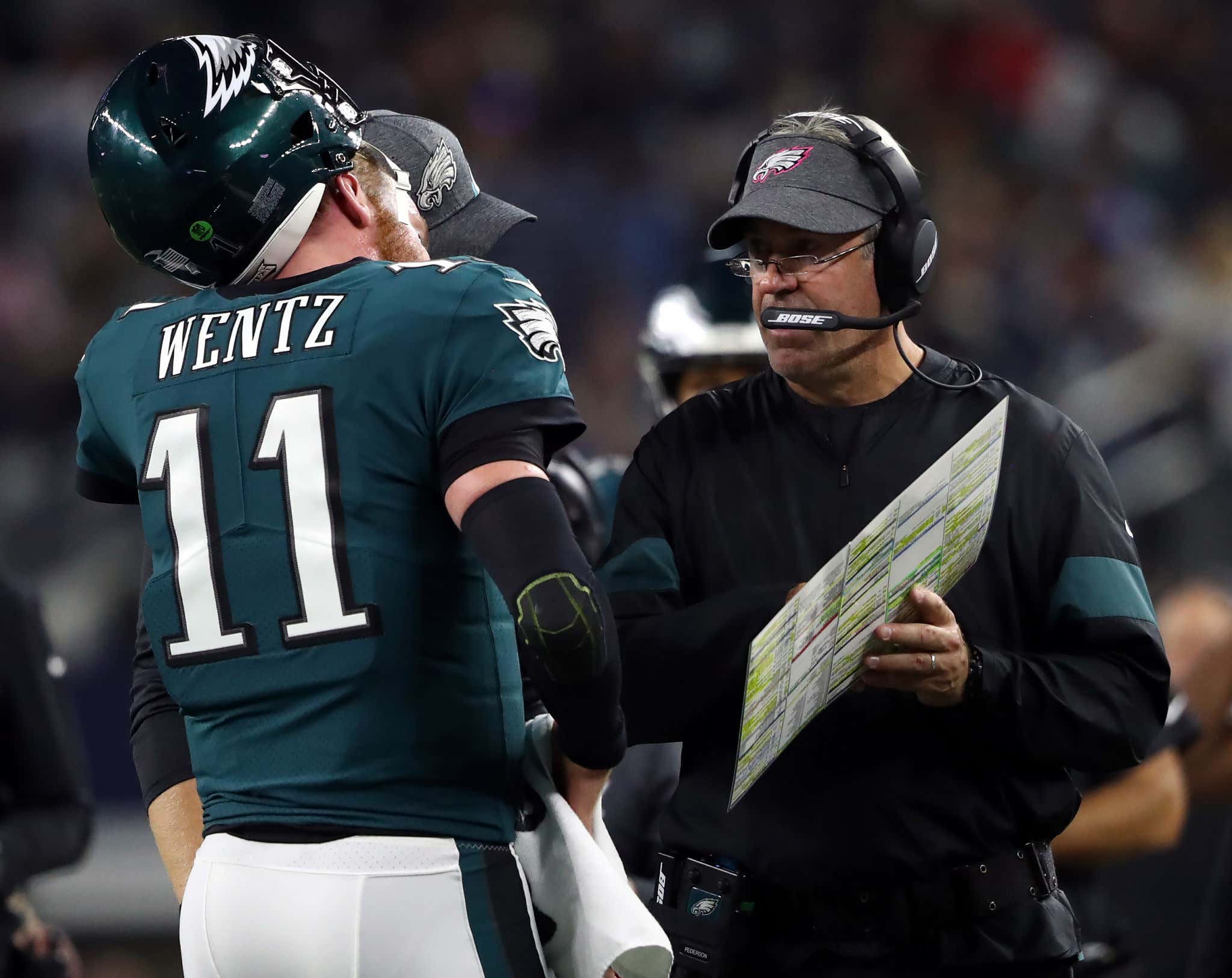 I'm neither here nor there on Carson Wentz. Am I a little disappointed he isn't going to be the franchise QB for this franchise for the next 15 years like I thought he was going to be? Absolutely. Am I perfectly content with the Eagles moving on from him because it's clear that the relationship between player and organization is irreconcilable? Absolutely. Do I think that Carson Wentz can turn his career around with a fresh start on a new team? Absolutely.

I appreciate Carson for everything he did in 2017 to set up the Eagles run to Super Bowl LII. I always will. But it's pretty damn obvious that it's just not going to work here in Philadelphia. You know it, I know it, everybody knows it.

SO WHY IN THE ACTUAL FUCK DID THE EAGLES FIRE DOUG PEDERSON AND HIRE NICK SIRIANNI IF THEY WERE JUST GOING TO TURN AROUND AND TRADE CARSON?

I mean what the actual fuck was the game plan here? You can't tell me that the Eagles didn't fire Doug Pederson because of his relationship with Carson Wentz. The organization chose the player over the coach. It's so fucking obvious. But if you're going to make that decision, you better be pretty damn sure that the player is going to stick around and see the transition out. They fired Doug, hired a guy from the Frank Reich coaching tree to try to recapture that greatness that Carson had in 2017. And now they are trading Carson Wentz.

It is preposterously idiotic. The Eagles either didn't have an actual plan, or they didn't have an actual clue. Either way, this organization is guilty of gross negligence of the highest degree. My god. It makes my head spin how Jeffrey Lurie and Howie Roseman can even tie their shoes in the morning. They are brain dead imbeciles. It's despicable that these two numbnuts are in control of an NFL team.

So now the Eagles will head into next season with a whole new coaching staff and a new starting QB. Personally I'm fine with Jalen Hurts being that guy. But in no world do I feel confident that the Eagles will stick with Jalen and won't end up drafting yet another quarterback with the 6th overall pick this year. They'll take that dickhead from BYU and he'll suck. Bet your house on it.