Oh wow, that's pretty crazy. A former Penn State player has been in every single Super Bowl? That's definitely cool and something to be proud of.

Oh, I see. So not what they want you to think it says at all, then!

I actually laughed out loud when I saw this. You honestly have to respect the commitment to the bit. I really want to believe whoever made this and approved it to go out were sort of in on the joke, but I legitimately can't tell. This is such an insane thing to make a graphic about that it's actually awesome. I want every college football team to start making graphics like this.

"Tennessee has won every national championship since 1998 (except 22)!"

My only real complaint about what PSU did is that the fine print was actually way too big. They should have buried that in 2-point font in the bottom corner and seen how long it took somebody to notice.

As bad graphics in college football go, though, we have proven you can do much worse than this. So as long as Penn State is just sticking to the fine print lies rather than having Martin Luther King Jr. do the tomahawk chop, I think they'll be alright. 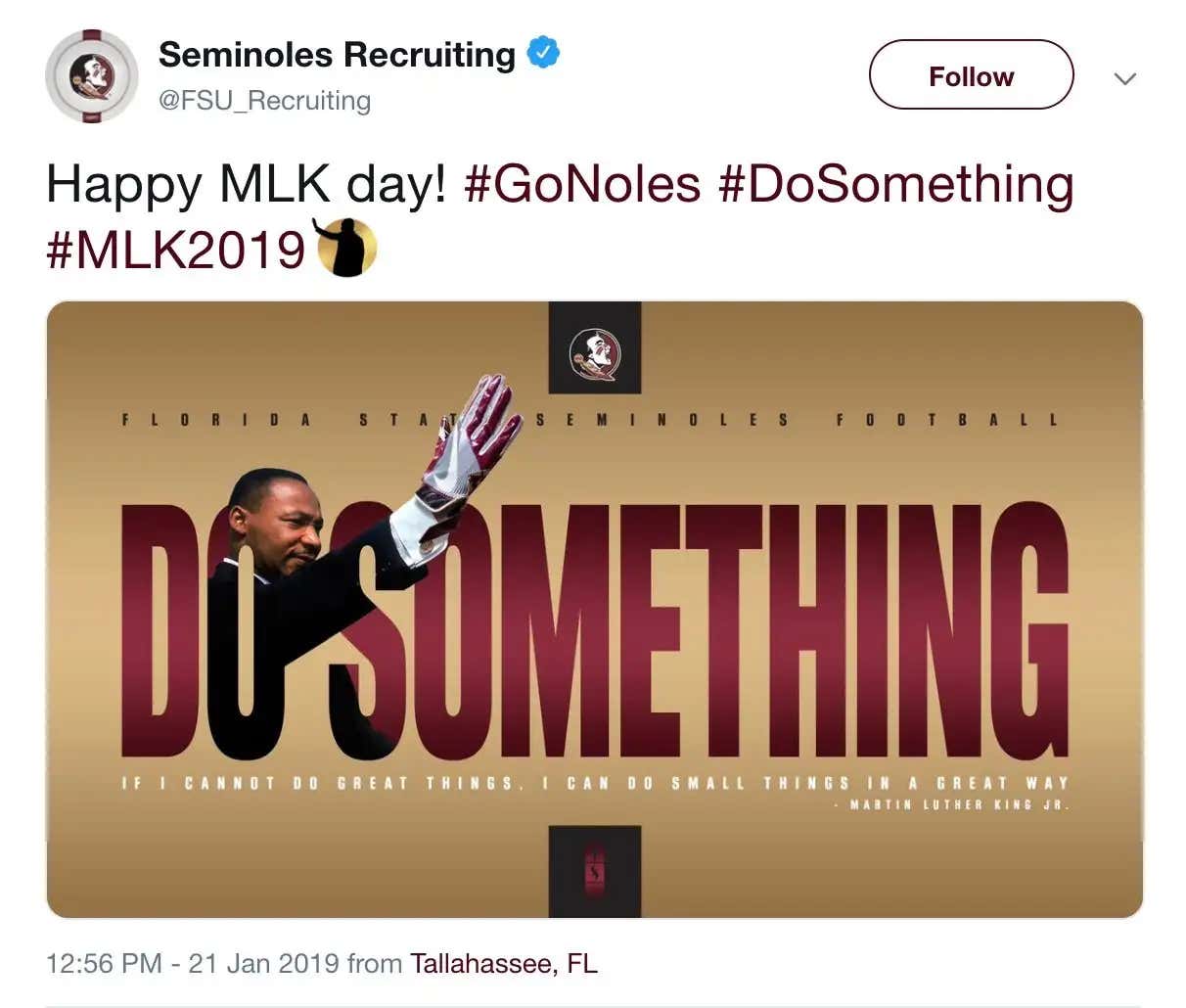