Its The Worst Show On TV That Everyone Will Watch Every Sunday…Lets Do It!

First we start off with the big show down between Collin Farrell and Vince Vaughn. Last week, Collin Farrell learned that the man he murdered many years ago in revenge for raping his wife was the wrong man. He was told it was that man by Vince Vaughn, who had blackmailed him ever since the revenge killing. So Collin Farrell and him have this whole big face to face, guns drawn under the table sorta showdown:

This scene sums up my problem with this whole  season. Like this should be a BIG showdown. You should be sweating bullets over this confrontation. Maybe Vince lied, maybe he used him. Maybe Collin Farrell is gonna snap and kill him. Two main characters, a potentially FUCKED up lie, and a ton of tension. But nobody cares about these dudes. If it turned out Vince lied all those years  ago I wouldnt care. If Collin Farrell blew him away at that breakfast table, I wouldnt care. Because they just havent spent enough time getting the view invested in these guys. Invested in ANYTHING. I dont care about Caspare, I dont care about the case, who dies, who lives. Everything has been so scattered and spread to thin. And its been all about the Emmy award winning one liners! –

So that gun stand off ends all anticlimactic. They basically apologize. Vince Vaughn says he needs to find some hard that I guess Mexican gangsters have? I dont know. But what I do know is at the conclusion of that scene, we see everyone’s Least Favorite TV Character on Earth:

We’re officially in Dana From Homeland, Becca From Californication territory. This chick SUCKS. Somehow she does absolutely nothing and she SUCKS. Like the show, hate the show, NOBODY alive likes this woman.

Collin Farrell goes to jail and visits the rapist, and hits you with the best CSI: Miami opener line you’ve ever heard:

“You know me. You just didnt know you did”

Thats what I’ve realized this whole show is. A bunch of David Caruso one liners from the opening montage’s of CSI Miami.

The undercover scene at the orgy was what I was most excited for all season. It was hyped up before the show ever started and now that we;re 6 episodes in its basically all I cared about. For obvious reasons – McAdams looked SMOKIN and there was a bunch of people fucking – but its also BY FAR the most exciting detective work that has gone down in this detective show. I was hoping they would make her going undercover like McConaughey going under as Crash in season 1. Like a big build up, she has to convince all the right people she’s legit, edge of your seat will-she-get-caught-will-she not. A long drawn out scene inside the mansion where she’s navigating her way through all the girls and all the high rollers. That did not happen. I guess they considered the big meaningless gunfight from a couple weeks ago the big scene from this season. Ani goes into the party, gets all fucked up on drugs, hallucinates/remembers the abuse she experienced as a child that has been alluded to all season, and finds the missing girl from like 4 episodes ago. The one she found out about while randomly serving an eviction notice to that Mexican family. A security guard tries to stop her on the way out, but she does her Ani Knife thing on him:

Makes good on her promise from earlier this year: “Man of any size lays hands on me, he’s going to bleed out in under a minute.” I thought that was cool. They’ve been teasing her with the knife and her ability to fight dudes all season and she backed it up. Meanwhile, Riggins sneaks into some office, steals a bunch of documents, and Collin Farrell picks them up and they Tokyo Drift away to safety. Kind of like a generic police show scene when it could have been a seminal HBO show scene, but whatever.

Only good scene/storyline of the episode because I have NO CLUE what Vince Vaughn is doing any more. Its honestly like watching two completely different TV shows at once. Here’s Vince Vaughn talking to that kid:

Who’s that kid? Oh thats Stan’s kid. Who’s Stan? Oh that dude that died a few episodes ago that the TV show made you feel like a HUGE deal even though not a single viewer knew about him or cared about him. I get it that he’s this gangster “on the ropes” and he’s now searching for a harddrive with a lot of names and trying to regain power and I’m assuming it will all intertwine with the Russians and the high powered dudes at the orgies? I dunno. Until then it just feels like a different 20 minute TV show that interrupts the detective show Im watching with McAdams. I think I’d rather watch Friends with Collin Farrell’s fat fake rape son ginger than watch any more of Frank Semyon and his gang:

Either that or I’m gonna need to party with Ray Velcoro every Sunday night at 10pm to wake me up after the snoozefest that is this show: 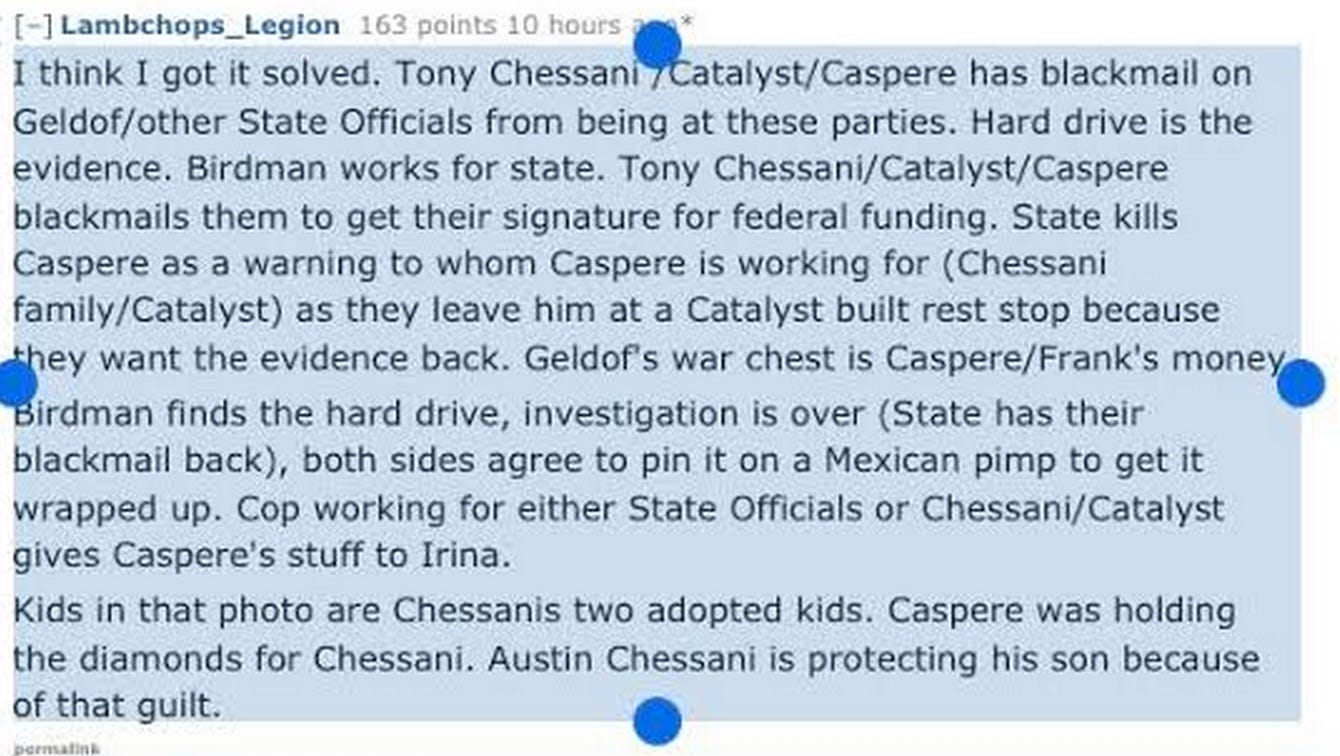 Basically like a big old coverup of some major state corruption while we follow the lives of 4 interesting people for like 20 minutes here and there. If you’re into that, you’ll love this show. This just doesnt do it for me.