Tampa Times - Lightning defenseman Ryan McDonagh has found a way to make the most out of the new normal brought on by the coronavirus pandemic. He’s finishing his college degree.

McDonagh, who is 18 credits short of getting his personal finance degree from the University of Wisconsin-Madison, is now taking online classes to put himself on a path to graduate.

McDonagh said getting his degree is something he’s been wanting to complete for a few years, but he hadn’t been able to get back to Madison to resume classes. When his old college roommate told him the university was offering a wider variety of online courses because of the pandemic, his hope became a reality.

Well well well...would ya just look at this? Yet another prime example of why the NHL is better than the NBA. In the NBA you've got all these guys who are trying to leave college as early as possible. So many guys trying to be "one and done" in the NCAA. It's almost as if it's a league that actively undermines the importance of a higher education.

Meanwhile in the NHL, you've got guys like Ryan McDonagh. Guys who have put 10+ years into this league, have won a Stanley Cup, and still want to go back to school to finish out their degree. Most likely so he can set himself up for a kickass job as an agent or something once his playing career is over, but also just because he wants to dummy those last 18 credits he has before graduating. What a beauty.

And now imagine being in class with Ryan McDonagh. Sure, it's an online course so it's not like you're actually sitting next to him in class and occasionally saucing him a #2 pencil when he comes to class unprepared. But I'd sure as shit want to have Ryan McDonagh in my group project than some random freak. At least if McDonagh doesn't pull his weight on the project you can always try to weasel some tickets out of him the next time fans are allowed in the building and the Bolts are playing in Chicago. Is Chicago the closest NHL city to Madison? I'd imagine so.

But yeah. Good on Ryan McDonagh. I'm sure that being a Stanley Cup Champion is right up there towards the top of his own personal achievements. But I have a feeling he'll love having College Graduate to go along with those back-to-back All-Academic Team honors. 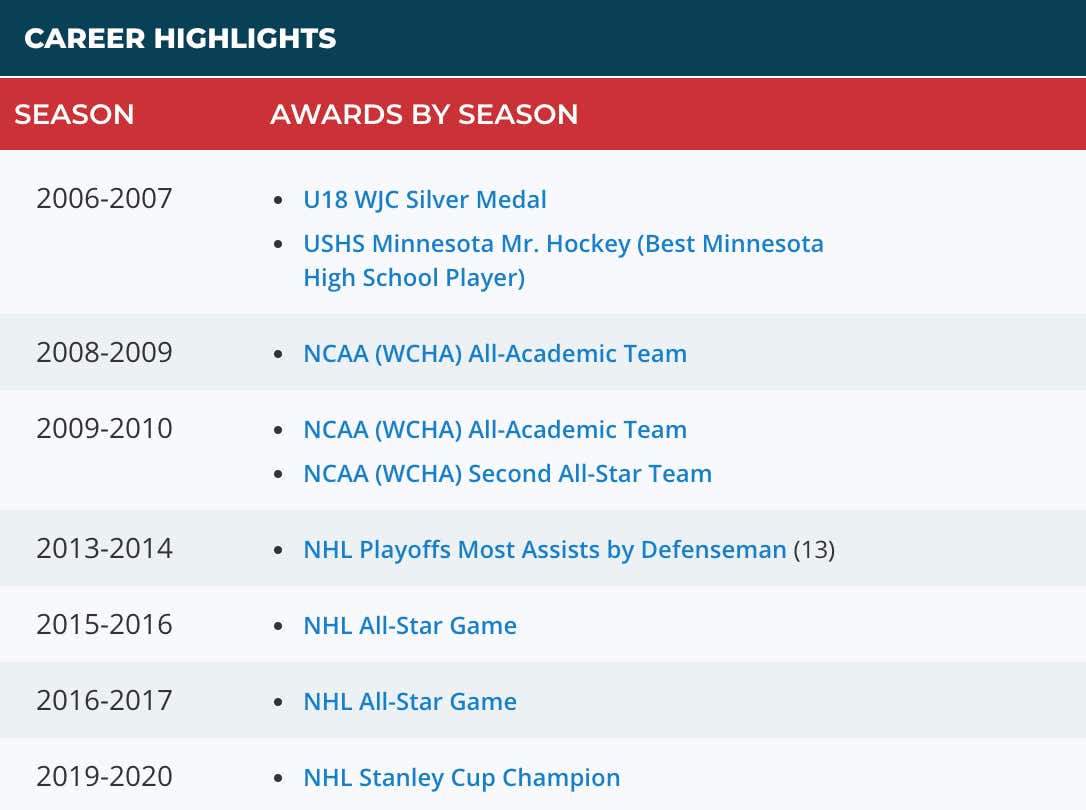