If you've been on the internet at all in the last week i'm sure you've heard about the whole Reddit, WallStreetBets, Stock market situation. It's been a pretty crazy week. Some may even call it historical.

When you think of the "day one" people who were on the "r/WallStreetBets" reddit page, who do you think of? I'm talking about the people who decided to inflate the fuck out of GME or AMC. Not the large majority that hopped in late after the stocks were already up 50%.

I think of someone who probably spends a little too much time online and probably doesn't get outside much. They probably look something like this: 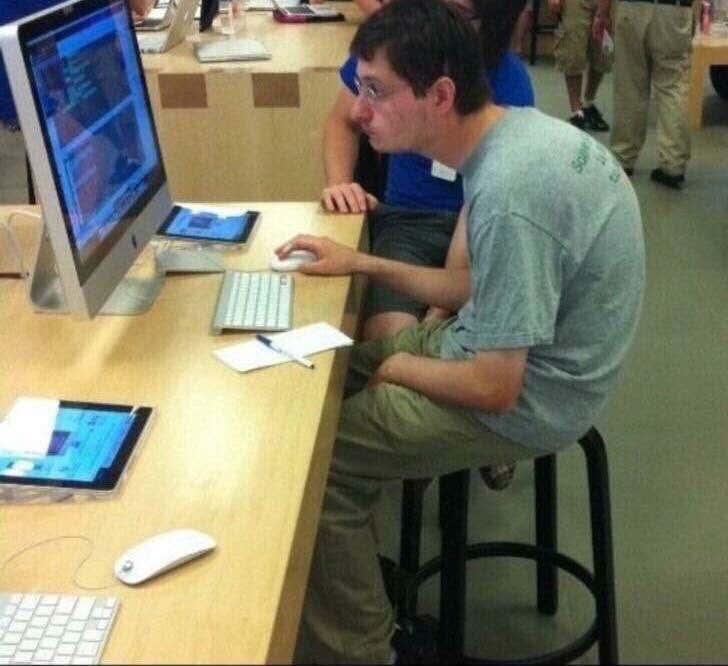 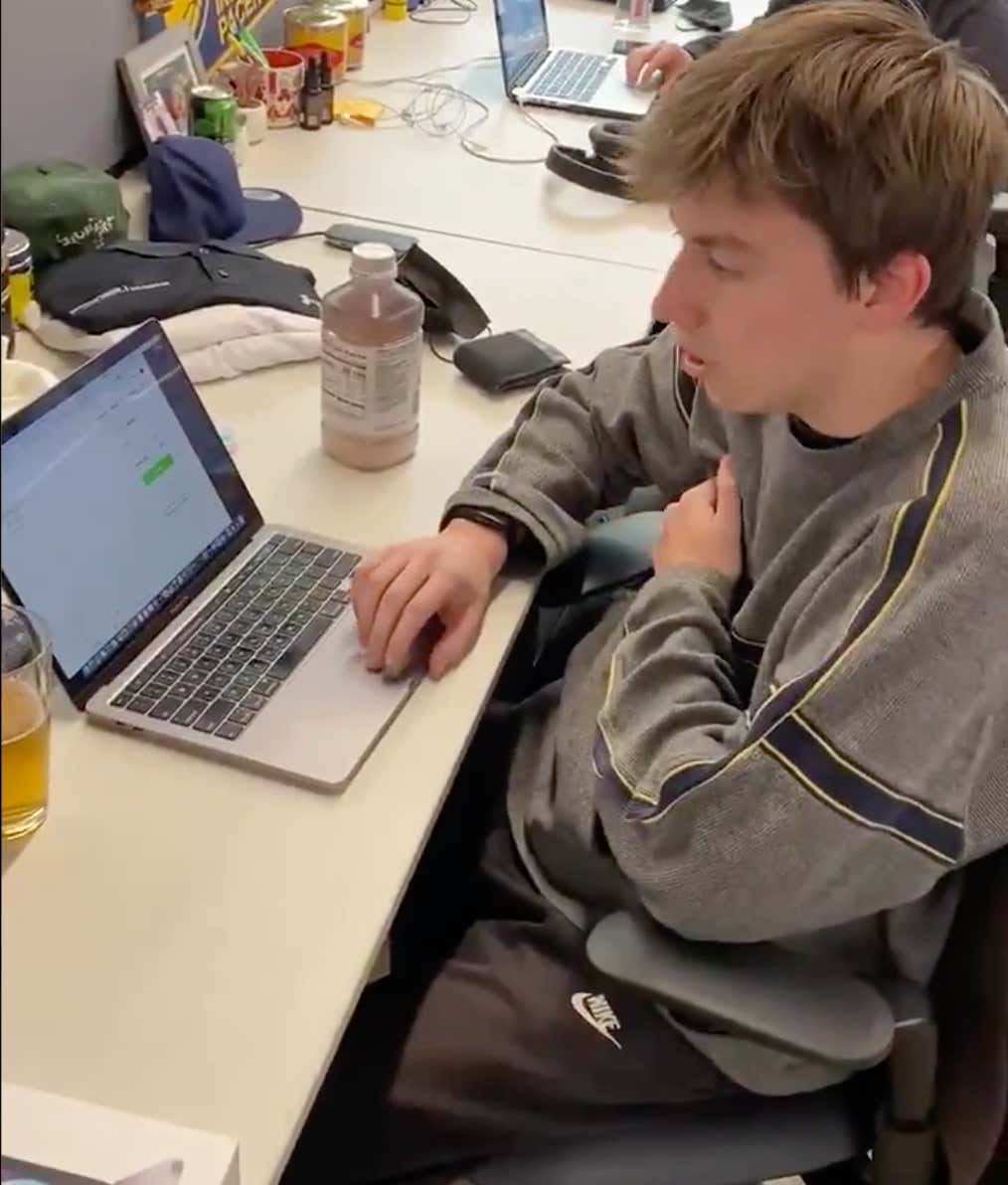 Well apparently some people in Hollywood have a completely different vision in their head. On Monday I stumbled across this tweet on my timeline, which has thrown off my entire week.

If you don't know or have never even heard of "Noah Centieno" let me introduce you to some of his amazing work. Really fucking good stuff.

Here are some of his projects 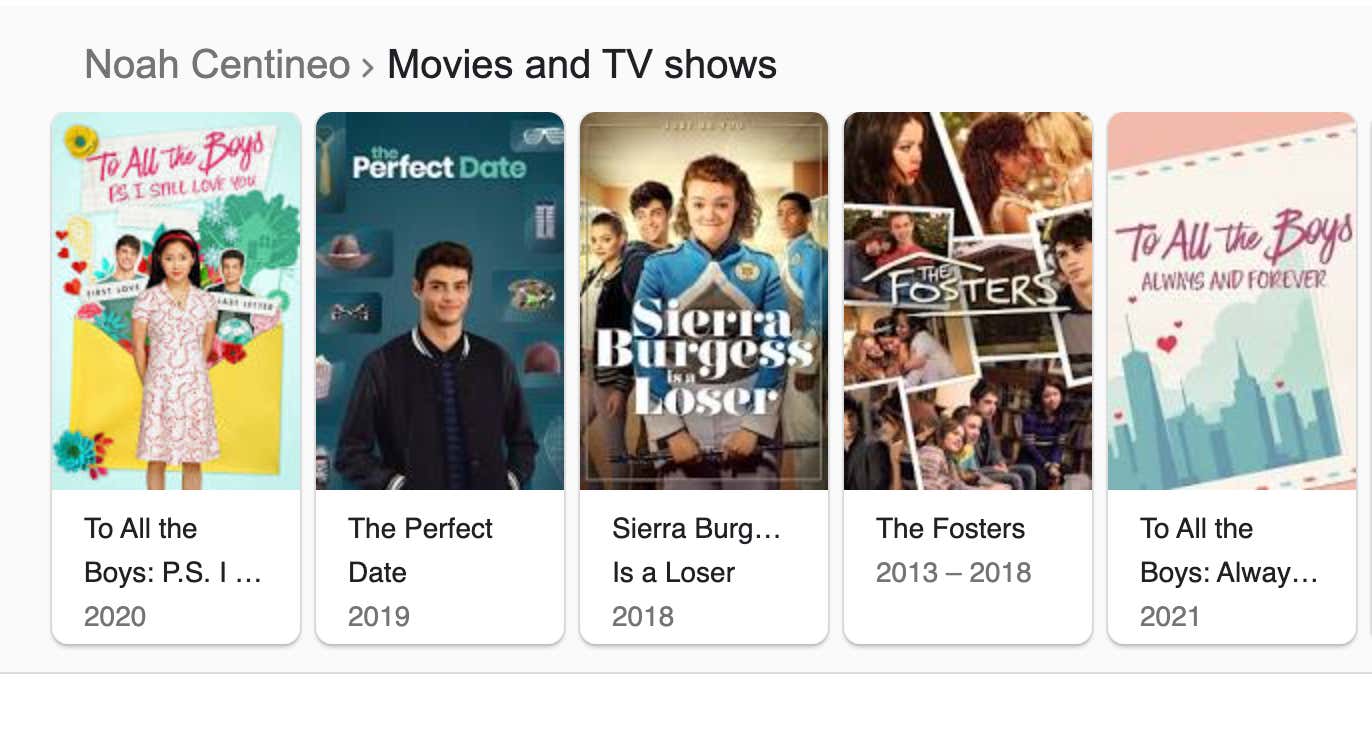 If you've never seen any of his movies, which if you're reading this I would assume you haven't, maybe you've seen some of his notoriously bad tweets that almost always make zero sense. 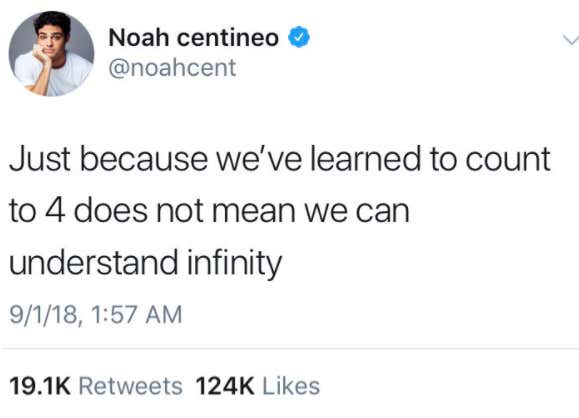 Here are just a few more of my favorite Noah Centieno moments: 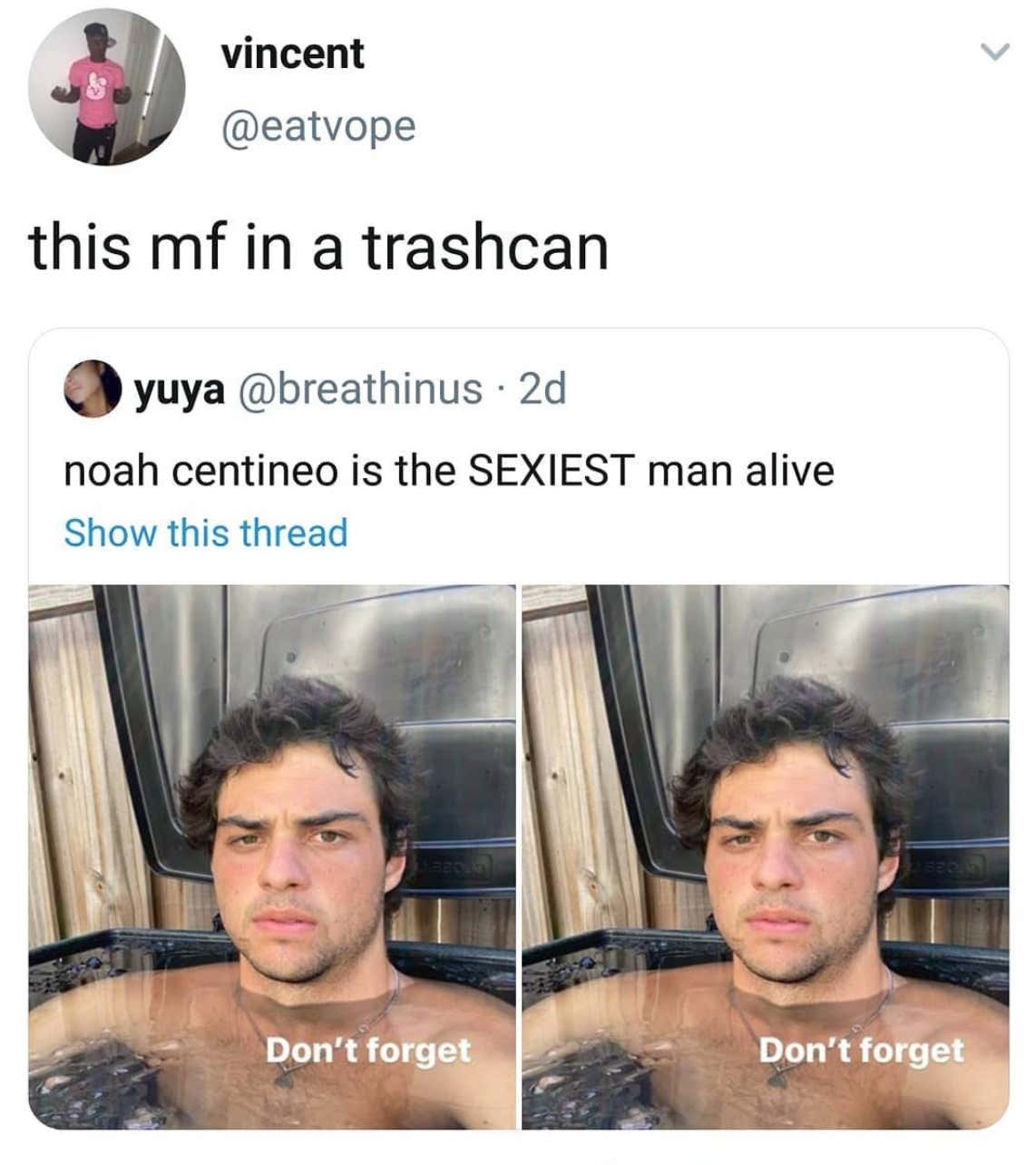 Yeah so basically you get the point. This guy is just a classic douchebag romcom hunk actor, which makes me so confused as to why the fuck he is being cast in a movie about redditors taking over the stock market. What on earth would his role be?

I'd imagine he's going to play some sort of highschool jock who also happens to be a stock market mastermind on the side, and of course a hopeless romantic. Classic Noah.

I got super intrigued by the thought of Noah Centieno playing a reddit stock market wiz so I decided to write a script for the movie myself.

Noah Centieno plays a character names Scott. Scott is a high school quarterback and he's a fucking star. He's got D1 offers from Alabama, Georgia, and Notre Dame. You name the school, he's got an offer from it.

The thing with Scott is…he's a little different. His top-notch athletic capabilities mixed with his charming looks might make him appear to be a typical high school jock…but he's actually far from it.

He's what some would call an outcast, a popular loner, to put it in simpler terms he's a fucking dweeb. (But, it's cool because he's hot as fuck).

You see most of the boys on the football team would spend their late nights hanging out with girls, drinking beers, you know just getting into some classic student athlete shenanigans. They were superstars, why would they live any other way?

However, none of that interested Scott. He would come home from practice, and do math equations for fun. He's a typical nerd. (But he's hot, so it's cool.)

Scott was never a huge reddit guy but he definitely liked to give it a good old fashioned scroll here and there. He was in a couple subreddits for shows like "Game of Thrones" and "Attack on Titan" so he could talk to people like himself. Nothing crazy. Until one day when he stumbled across a page called "Wall Street Bets."…but that's a story for later…

Other characters in the movie include Scotts father "Mike" but a lot of people refer to him as "Coach."

Mike is the coach of the football team, he loves to win, and he is obsessed with football. He wants his son to be the next Tom Brady. He constantly pushes him to the max…Oh and one other thing, he fucking hates nerds. He hates math, he hates the stock market, and he HATES people who read for pleasure. A direct quote from Mike's senior year yearbook is, "No man should read for pleasure, he should fuck for pleasure." You can see how this might cause some problems for young Scotty down the road.

Side characters include some of Scott's friends/teammates Brenton, Trenton, Brad, Chad, and Kyle.

That's basically all you need to know so now let's hop into the script…brace yourself…it's really fucking good.

Scott enters the house in sweaty workout clothes and drops his bag on the ground. His father enters behind him.

Father: "Great work today Scott. I mean that. You keep training like that you're definitely going places."

Scott stops himself mid sentence and his dad gives him an angry look. Scott sighs.

Father: "That's what I thought. No problem champ."

Scott exits and walks upstairs to his room.

Scott enters his room and sits down at his desk. He almost instantly gets a FaceTime call from his pals Brenton and Trenton.

He sighs and answers the phone.

Brenton: "Yo what the fuck is up pussy! Get your ass down to the water tower! Trenton and I just picked up a 6'er and the girls are on their way!"

Scott: "Is that alllll you guys care about? Beers and babes?"

Brenton and Trenton look at each other and laugh.

Followed up with a high five.

Scott: "Well I can't tonight anyway, i'm exhausted from practice and i've got some studying to do."

Scott sits at his desk in the dark for a moment thinking to himself. Nothing but the light of his computer shining throughout the room.

Scott: "No one fucking gets me!"

He's incredibly upset and he sits there for about 5 minutes until something catches his eye. There's two new notifications on his phone.

One is a text from "Julie." A college girl that he's been piping on the low recently. The message reads "Come fuck me daddy, i'm soaked and I need Scotty's cocky."

He ignores the message and moves onto the next notification.

This one catches his eye. It's an email from Reddit reading "Check out r/WallStreetBets".

He clicks the link and mumbles to himself.

Scott: "Wall Street Bets?…What do we have here"

He's instantly intrigued and he locks into "focus mode" which is basically when he makes "hot, but focused" facial expressions.

He jumps out of his chair and starts pacing around.

He runs over to his white board and starts writing down equations. Thousands of equations. He's wired. He runs back to his laptop and pumps $50,000 into Gamestop Stock.

As soon as he enters the money he gets another text notification from "Ashley," another college broad that he's been piping on the DL (down low).

The notification reads "Hey Scotty…my roommates are out of town for the weekend and I'm soooo lonely in this apartment…" followed up by a picture of her naked breasts.

Scott instantly blocks the number. Women are just a distraction to him…but it wasn't always this way.

FLASHBACK TO 7 MONTHS AGO

Scott walks into his long term girlfriend Sarah's house. Instantly he senses something is wrong…There's a certain aura in the house…not one of cookies, cake, or pumpkin pie, but one of Sex. Dirty nasty sex.

He sprints up the stairs following a trail of clothing articles leading straight to Sarahs room. What awaits will break him as a man forever…

Scared, he opens the door and enters. He's shocked. He's frozen in his tracks, like a dear in the headlights. His heart starts racing.

CUT BACK TO CURRENT TIME

Scott takes his phone and throws it across the room.

Scott: "No time for distractions. This is how I win."

The camera pans over to Scott's laptop only to show that the game stop stock is up 500% in the last hour. He's a millionaire.

Suddenly he hears footsteps from down the hall. It's Scott's father. If he sees the equations on the white board and the stock chart on his laptop he'll flip shit. He'll know finally meet the true Scott. He starts panicking.

Father: "Hey Scotty, the Bills vs the Chiefs starts in 10, you gonna come down and watch? I think there's a lot you could learn from Patrick Mahom-"

His father enters the room and freezes. He sees everything, the equations, the stock chart. All of it. He's shocked.

Scott speaks in a panicked tone.

Scott: "Dad! Dad it's not what it looks like I promise!"

His father is angry…livid if you will.

A single vein bursts out the side of his forehead.

Father: "Damnit Scott! You're a football star! Not a nerd!"

He pulls the white board off the wall and rips Scotts laptop off the desk.

Scott reaches for the laptop but his father won't budge.

Father: "What the hell are you doing Scott! Math? Stocks? I have never been so disappointed in you!"

Scott: "Dad! Please! I've worked so hard for this!"

(Now is probably a good time to let you in on a little secret that I may or may not have forgotten to share with you in the background information. Scott's Father, aka Mike, aka Coach, is the owner of a massive hedge fund. The hedge fund behind "Game Stop" to be exact…He has no idea what's going on in the market right now and let's just say things are about to get…messy.)

Father: "Do I have to repeat myself? Sell EVERYTHING! NOW!"

Scott sells all his shares of GameStop and instantly cashes out for $600 million. He's rich as fuck.

Father: "Why do you have that smirk on your face boy!"

Scott's Father suddenly gets a phone call and answers it instantly.

Accountant: "Gather the cattle. Sell the land. We lost everything."

His father turns to the camera.

One week later Scott goes on to throw the winning touch down in the state championship football game. Which will be his last game ever as he is now declared the "king of the stock market" and has more important things to tend to.

His girlfriend Sarah begs to have him back he and just laughs in her face.

His father is forced to sell everything and turns to the bottle as a coping mechanism.

Scott's senior yearbook quote reads "Never judge a book by it's cover. Handsome football players kids can be nerds too"

A quote to define a generation of handsome nerds.