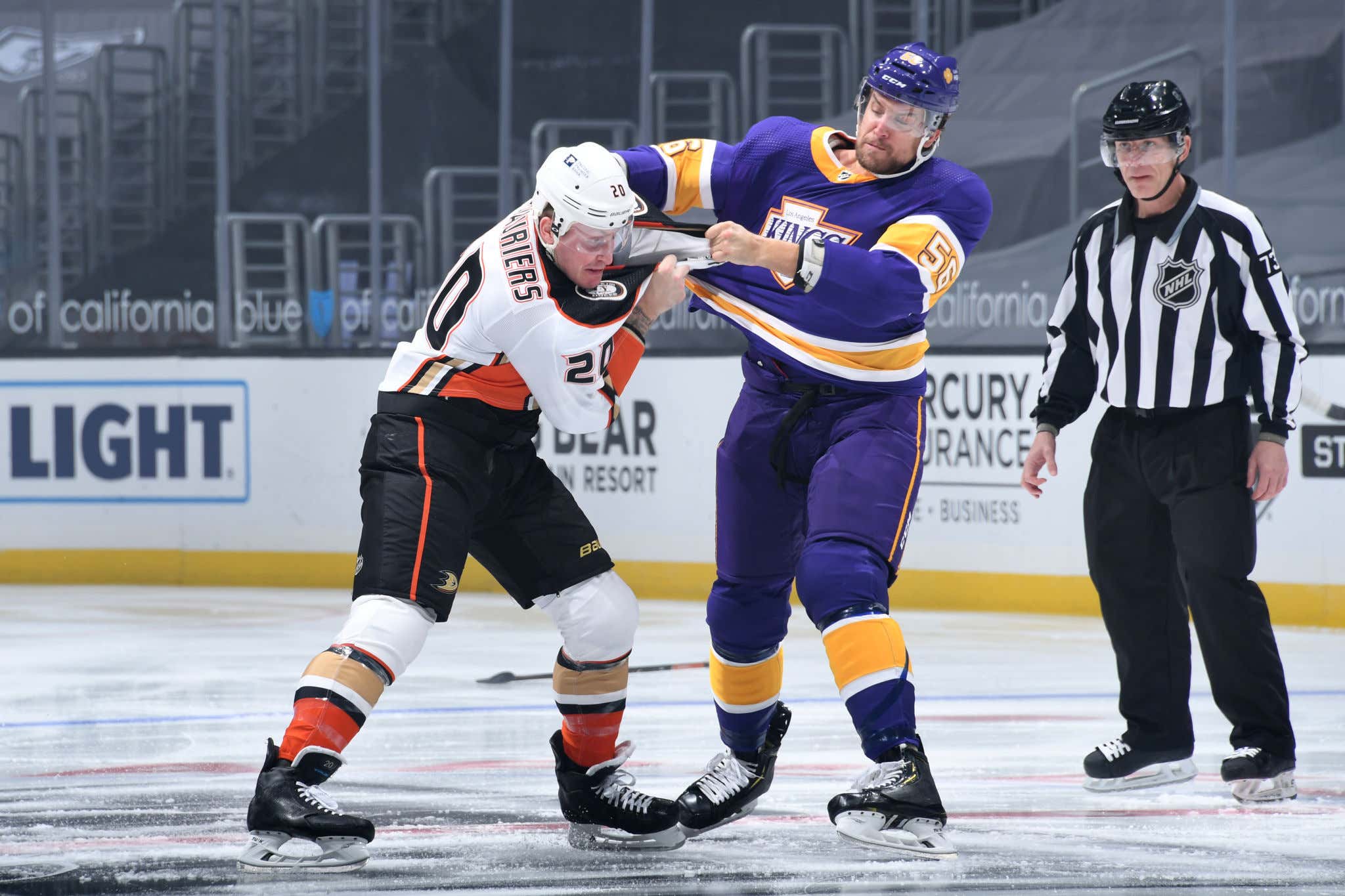 They say that courage is not the absence of fear, but rather the assessment that something else is more important than fear.

Do you think that Kurtis MacDermid wants to fight? Do you think that he likes to fight? Okay chances are more than likely that the answer to those questions is "yes". But still. The point I'm trying to make here is that Kurtis MacDermid doesn't fight just because he's not afraid of getting his skull caved in every time he drops the mitts. This man fights because he realizes that without him and guys like Nic Deslauriers having a scrap, fighting in the sport of hockey will become extinct forever.

So with that being the case…Puck Drop, Gloves Drop.

MacDermid and Deslauriers complete the trilogy and have their 3rd go at it. They fought twice last season, and the last fight was almost a year to the exact date. They first became dancing partners on a December 12th game last season, and then scrapped again on February 1st of last year. Something about being that close to Valentine's Day must get these two all hot and bothered.

In all 3 scraps, I'd give MacDermid the edge. But still nothing but respect for Nic Deslauriers for continuing to step into the pocket and deliver a few heavy shots himself. I'd say the biggest advantage MacDermid has had in most of these fights is being able to hit the eject button on his elbow pads. Really opens up the range he can start chucking with.

But this now makes it two games in a row where Kurtis MacDermid dropped the gloves on the opening puck drop. He did it just a few days ago against Marcus Foligno and the Minnesota Wild.

A pretty uneventful scrap, but it's still an opening puck drop battle regardless.

And that's what Kurtis MacDermid is here to do. He's here to remind everybody that fighting has a place in the sport of hockey. Here to remind everybody that without guys like himself, Nic Deslauriers and Marcus Foligno answers the bell, this game would devolve into the nonsense we see in the NBA. He's fighting the good fight one fight at a time. It's just a shame that the Kings are so dog shit and nobody wants to stay up to watch their games.

MacDermid vs Deslauriers I