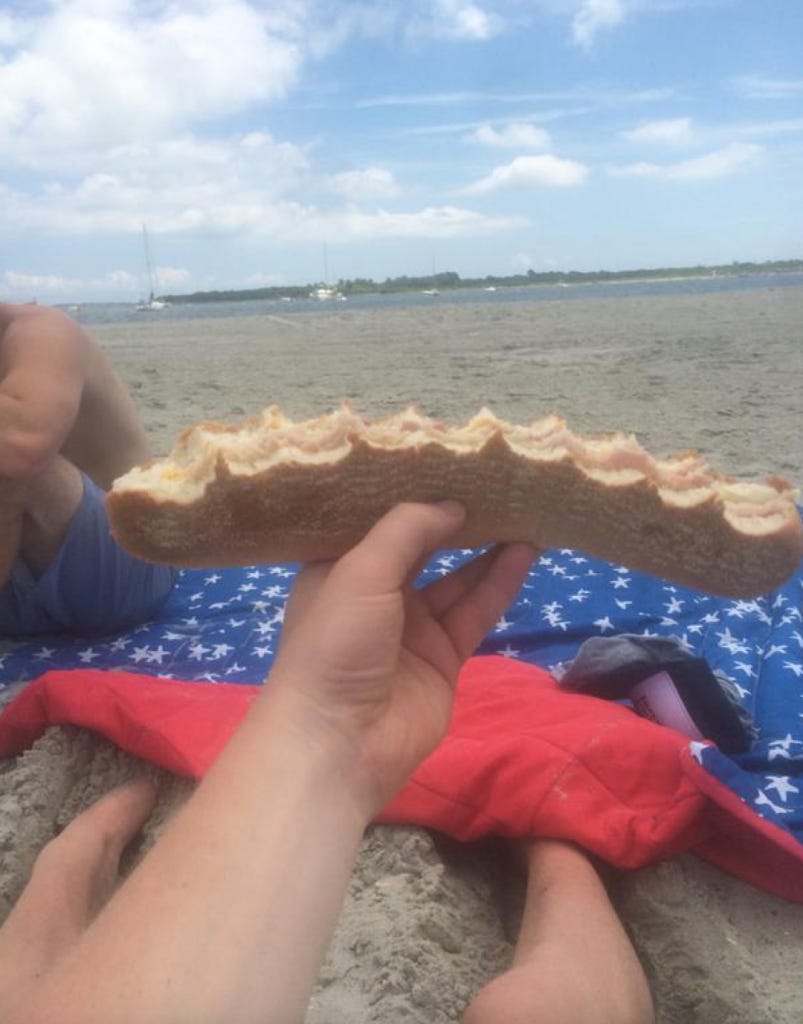 On the way to the beach today Hank and I grabbed a sub. Just popped into a 7/11 to get it, we’re not fancy fellas. Anyway we weren’t that hungry so we decided to split one. Grabbed it, popped it in the cooler and we were on our way. Well we’re at the beach for a while and eventually it’s lunch time, that’s when Hank hands me this, what you see in the above picture. He ate his half of the sub from the top down. Never seen anything like it in all my years. And you want to know the craziest part? I almost didn’t tweet it or mention it because I felt like people wouldn’t believe me. Like you guys would see it and think, “OK they’re going a little heavy on the ‘Hank is nuts’ thing. It’s not believable anymore.” But that’s how he ate it. He did have a reason, it’s not like that’s how he eats every sub. He hates mustard I guess, so he was just avoiding that. Decided to leave me all the bread and meat but ate the lettuce like a damn rabbit. Honestly never been more flabbergasted in my entire life than I was when that was handed to me. It’s serial killer shit. The Handsome One should be put into prison immediately just because of this. Anyone who strays from societal norms will undoubtedly commit some savage crime in the very near future. Don’t even feel comfortable hanging around him anymore.

PS – Before this Hank worked up an appetite by swimming in the ocean, alone, for about 45 minutes. I shit you not he was swimming sprints and stuff. Came in and said he needed to mix in a workout.