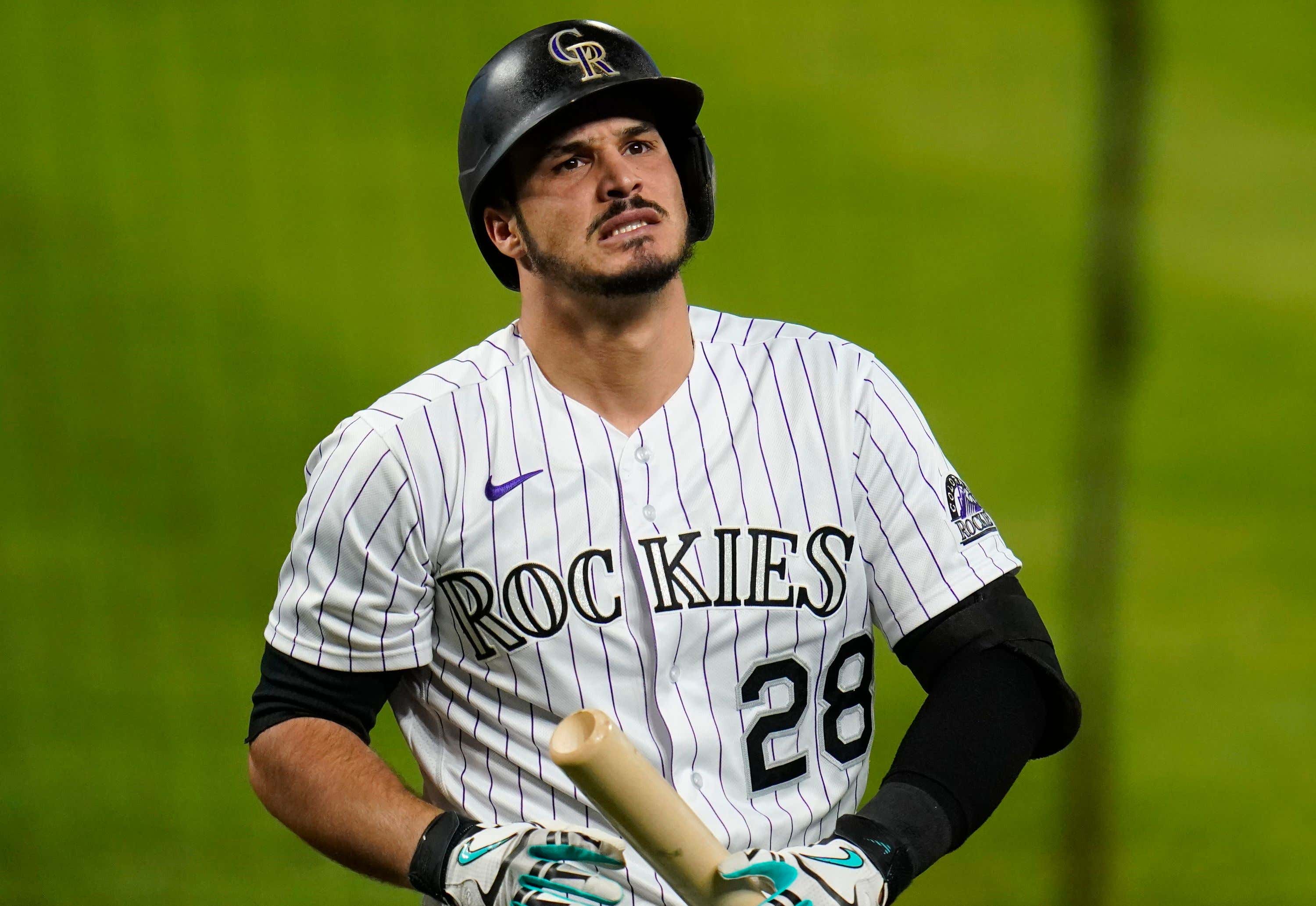 Yesterday the Rockies finalized their deal with the Cardinals to send away their most prized possession, Nolan Arenado, for virtually nothing. No matter what angle I look at it, this trade will never make sense to me. Not only are the Rockies giving up their 29 year old superstar third baseman, but they're also PAYING THE CARDINALS to take him from them.

Yes you read that correctly, Arenado will cost the Cardinals ZERO United States Dollars in 2021. Pretty much a one year free trial. Arenado has a player opt out after the 2021 and 2022 seasons so it's quite possible the Cardinals get one of the best third baseman in the sport for one season costing them no money while only giving up four decent minor leaguers. I could pretend to tell you the value of any of those players, but from my understanding no one in the deal was that great of a prospect. You wouldn't look at those four guys and say, "Yup, we can get Nolan Arenado with this bunch no questions asked." The intention of this deal was a good ol' salary dump, except St. Louis somehow tricked Colorado into paying. I'll never understand this deal for as long as I live.

But it gets better! Today the owner, chairman, and CEO of the Rockies Dick Monfort spoke to the media. This has to be one of the worst press conferences of all time. You'll never hear defeat so clearly from a dude in his position ever.

Yeah that's because it made zero fucking sense. Why did you do it?

Always a good thing to admit! Fans will love that one.

HOW DO YOU SAY THAT PUBLICLY?!?!? Why are you owning a baseball team if this is your game plan? Sure Denver isn't New York, LA, or Boston but it's a relatively big metro area. It's a bigger area than say a Milwaukee, St. Louis, or Oakland and yet all those teams regularly compete. Here's a list of team revenues. 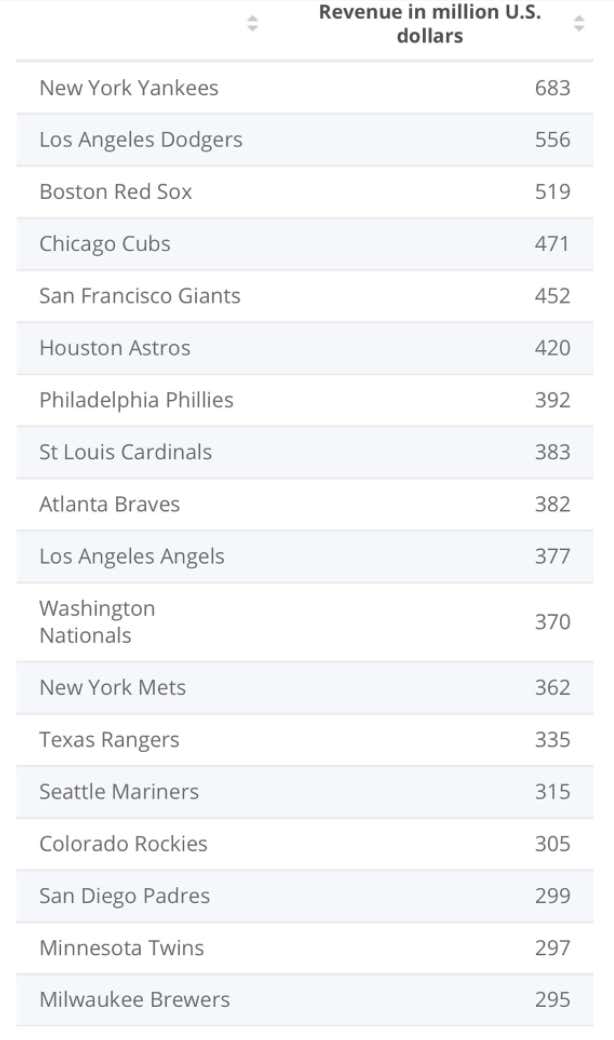 Look who the Rockies are ahead of! The San Diego Padres who just traded for literally everyone in Major League Baseball this offseason. They gave Machado and Hosmer the bag with Fernando Tatis Jr. soon to get his as well. There's no reason you shouldn't be able to go for it in their situation if those guys are as well.

Why are they acting like Arenado was this problem child? In a sports world with so many divas I feel like Arenado was as respectful as he could have been. You never heard a word from this dude about demanding a trade. Sure you could tell he was miserable because of how incompetent the Rockies were at putting a good team on the field, but for the most part he kept his head down and played ball. Not much more you can ask for from a guy with his talent, wasting away on a sinking ship headed for the ocean floor. Fuck outta here Monfort.

They also claimed in the press conference that this wasn't a complete tear-down/rebuild. I mean what is it then? You just traded one of the best players in the history of your franchise. A generational talent. For four minor leaguers AND your sending $50 million along with him. How is this not a rebuild? You think Trevor Story, a free agent at the end of next season, is going to sign an extension after seeing this bullshit? Not a chance. If they get a good enough offer, which based on the Arenado trade who the fuck knows what that even looks like, they'll send him off too. This organization is a joke. Happened with Matt Holliday and DJ LeMahieu as well. Now Arenado. Soon to be Story. I'm sure I'm missing more, but bottomline Colorado needs new ownership and direction. They have some of the best fans in the sport and all the Monforts wanna do is spit in their faces. Sell the team and go do something else cause running a baseball organization ain't it.