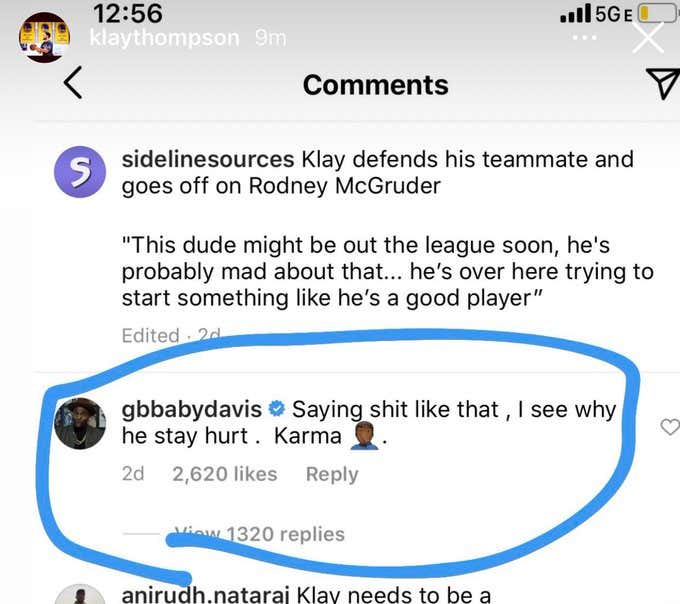 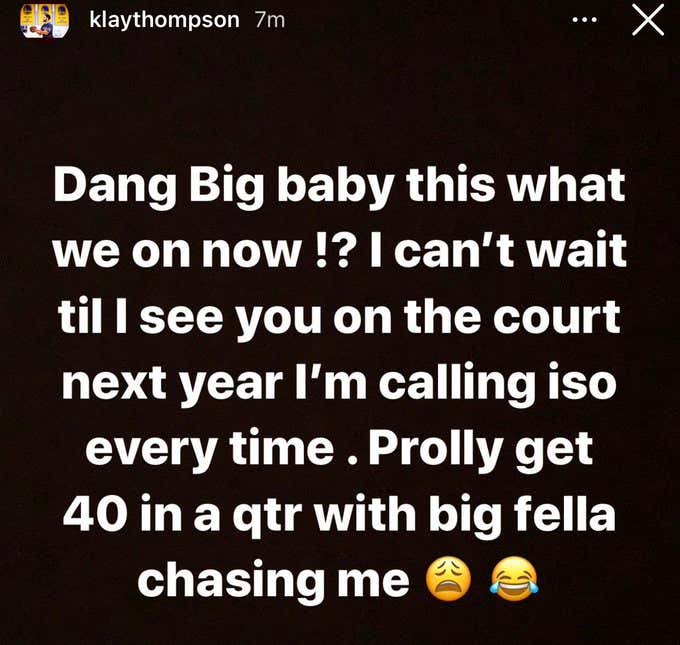 Alright show of hands, who had the latest NBA beef involving Klay Thompson and……..Big Baby Davis? Not me. Not you. Not anyone. But this is the beauty and power of social media. Everyone has a voice. Even if they decide to use that voice by saying dumb ass shit. Talk about taking things way too far. It's also a little confusing considering the timeline of events don't really line up. Klay's ACL tear and then achilles tear happened well before he was talking shit about Rodney McGruder. Before that, Klay almost never got hurt. By all accounts everyone loves Klay Thompson, it's not like he has some reputation as a hater or someone who talks a bunch of shit. It's fucking Klay Thompson! If anything, what Big Baby said was worse than what Klay said on that broadcast. You don't talk about injuries like that, everyone knows that. You just come off as a gigantic dickhead

Sadly though, Klay is also a little confused. I hope he doesn't think he's going to see Big Baby on an NBA court, because that hasn't happened since the 2014-15 season. I have no doubt that Klay would drop 40 in one quarter on this current version of Big Baby

Some might say there's no need for Klay to eat the trash here and he shouldn't give a shit what someone like Big Baby says on IG. But this is the NBA we're talking about here. They thrive on these weird social media beefs. You know you fucked up when one of the nicest dudes in the entire league is calling you out. Forget the All Star Game this season, give me this matchup instead. I know Klay only has one leg at the moment but I'd still watch him tear Big Baby a new one.

At the very least, let's see what both guys are doing this on Friday and maybe have a surprise Rough N' Rowdy fight to get everyone ready for the Super Bowl. Basically what I'm saying is this beef can't die on IG. We need more.

It's only a matter of time before Big Baby responds. With what I have no idea because what on earth could Big Baby say in terms of shit talking to Klay Thompson? That's what makes this whole thing so entertaining.