This blog is a lot less about tonight's 110-102 victory over the Knicks and a lot more about the fact that I'm starting to kinda worry the 2021 Bulls fuck around with the 8-seed. Intentionally vying for the last playoff spot is quite literally the worst place you can be in the NBA and next up isn't very close. 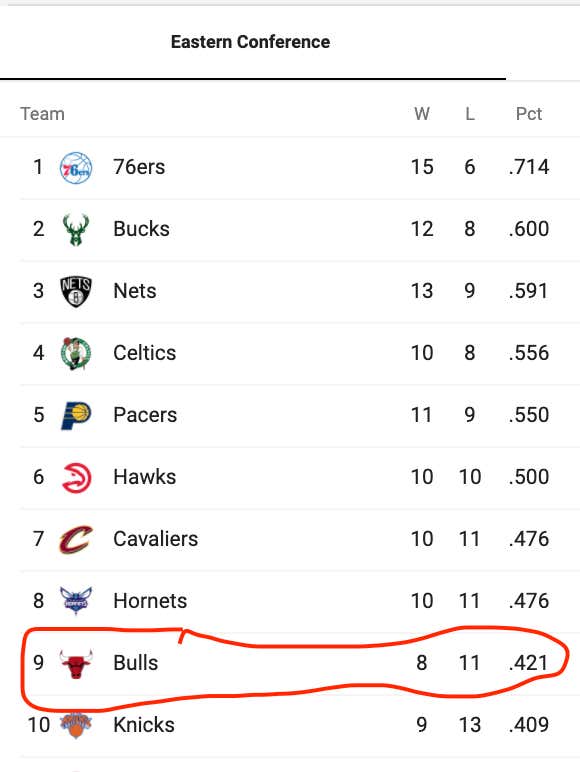 Trade out one mind numbing loss from the handful this year and they're knocking on the door to .500, and that's before I remind you the Bulls are entering their easiest month on the schedule (so far). With Lauri's development and LaVine's emergence as a legitimate All Star, is it really that unreasonable to suggest I sell this on a t-shirt without irony? 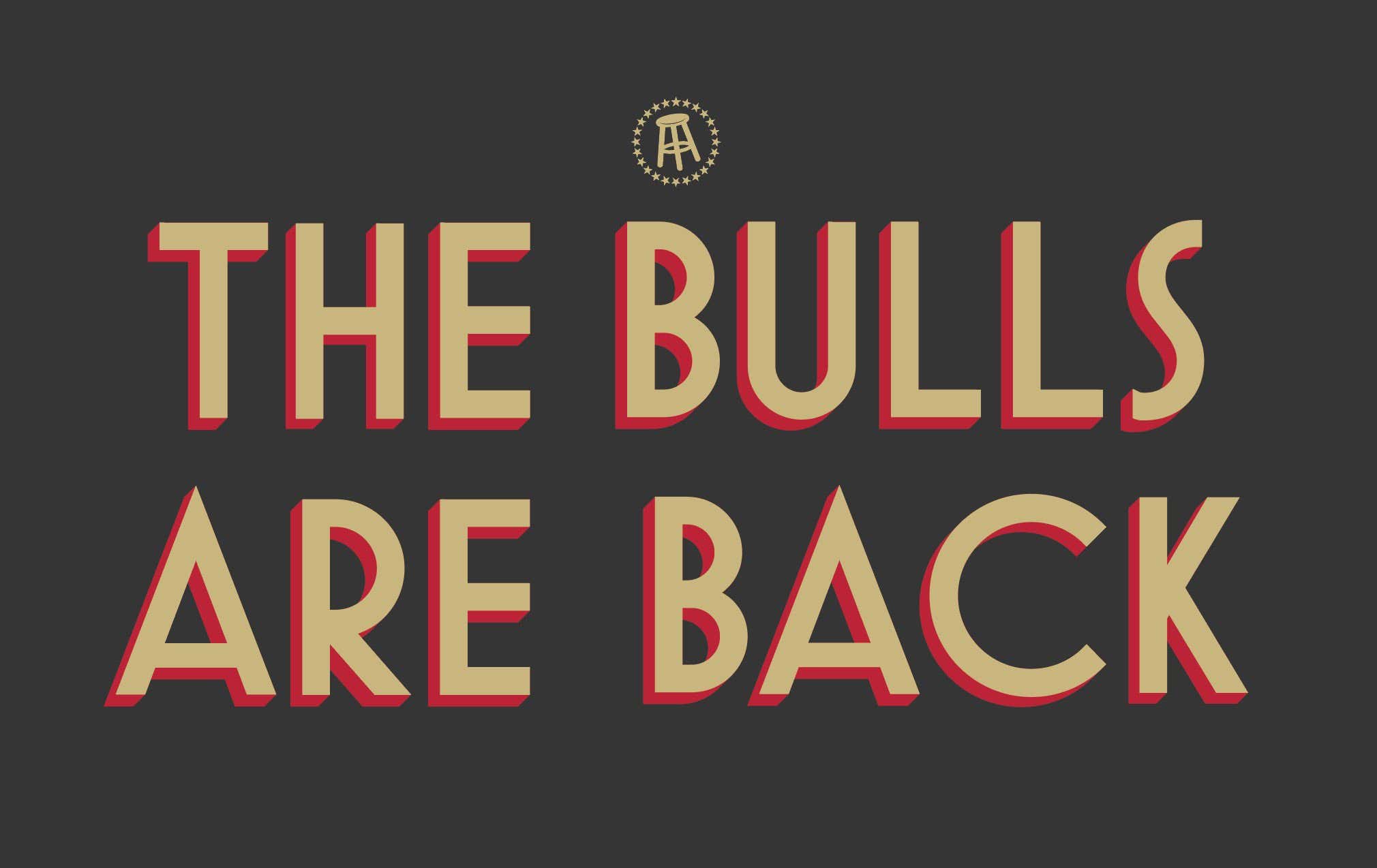 Hope you're having a nice Monday! Following up with some numbers for The Bulls Are Back shirt you asked us to launch last week. Our system has you at 21 orders total, with 4 of those being a repeat order that got accidentally submitted several times. So including that customer's mistake we sold 18 units. Maybe it's worth taking down from the store until further notice or do you think we could do 20x that before EOD?

We don't have a CMMO but that doesn't change the fact that I don't recommend going all in on the Bulls being back. Not even with this slice of angel food cake schedule taking us into Valentines Day.

It's hard to admit but the reality is I just can't stomach the idea of fulfilling Jerry Reinsdorf's sick fantasy of competing for the playoffs without any actual chance of winning the championship. And not to be overly dramatic, but that really is the worst case scenario. They'll be good enough just to make you painfully aware of how much they suck compared to the top of the league. In some cases and quite similarly, you almost prefer the John Fox years over the Nagy era because it was easier on your soul but I digress.

Point is I'm nervous the Bulls overachieve their way right past the #7 overall pick and end up square in the middle of the draft. I'm scared we use this budding momentum to bypass an opportunity at what's supposed to be a loaded lottery. And to be clear, I mean no disrespect to Coach Donovan (that's a man you call Coach) but the playbook here says tank, hard. Absolute last thing we want to do in this town is bank on free agency to build a roster.

THAT SAID - I'm not the sharpest Bulls fan in this city. I have my weaknesses. I know that AK is capable of drafting an impact player in any spot of either round. It's obvious Coach D is so much better than Boylen that it's honestly not even worth anyone's time pointing out. You can tell several guys are taking steps forward and that the organization is NOTABLY better off than it was just months ago. Without being a complete jagoff, it would be immensely difficult to ask for more from the first year of the Bulls rebuild based on what AK inherited. Simply put: all signs are pointing up.

Even so, it would be cool if we pumped the breaks on the win column for a bit. At the risk of sounding like a total pussy, I'm just not comfortable getting bulldozed by the Milwaukee Bucks in the 1st round of the 2021 playoffs and then responding in kind on draft day with Denzel Valentine's replacement.

To me that seems like a very bad idea, but again I don't know shit. I just write the blogs around here and this one says Please Don't Get The 8th Seed.