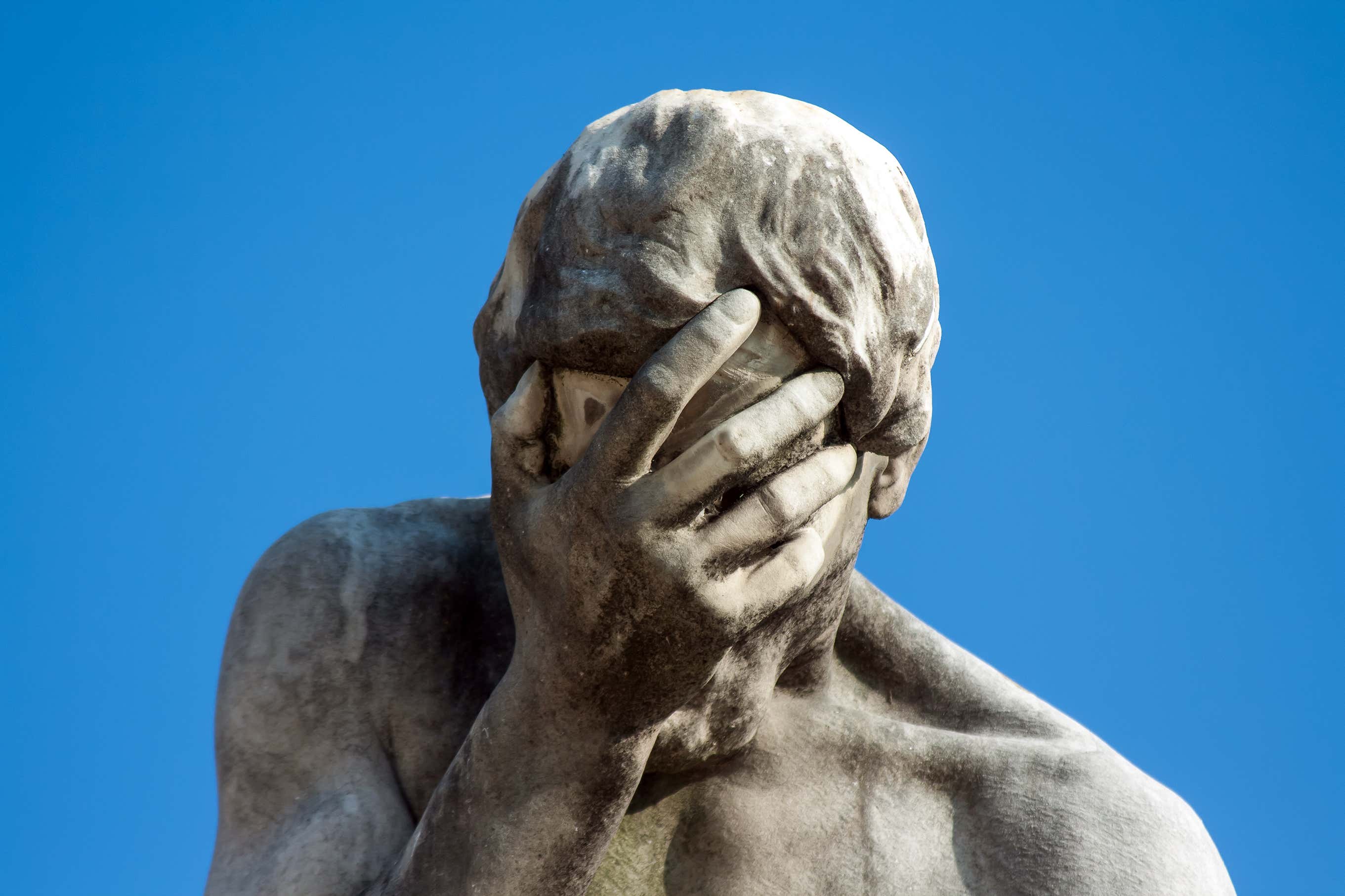 This past weekend I pulled a real bush league, bitch move, by taking behind the scenes, private frustrations out on Nate publicly via twitter.

Not only am I better than that, but Nate deserved better than being called out on twitter out of nowhere like that. In fact, he didn’t really deserve it at all. Nobody did. And if anybody did it would have been Coley, not Nate.

I got the chance to apologize via zoom to Nate, Coley, and Hubbs this afternoon. They weren’t dicks about it. Nate had every right to be, but he, and Coley, and Hubbs, weren’t at all. They heard me out. Then I heard them out as they explained the reasoning behind things being how they are.

It was a really calm, healthy, and productive discussion. And as it went on I felt even more embarrassed than I already did once realizing the way things are the way they are. It’s personal, like I took it, in fact it’s business. Really big business. And they’re just doing their jobs. Jobs they take a shit ton of pride in, and that they are really, really well suited for, whether you agree or not.

I started writing here back in March. Partly because I was bored in lockdown and suddenly had a lot of free time on my hands. Partly because I gained some confidence to finally say "fuck it I don't care what people think”. And partly because I missed reading interesting takes on things I could only find on Barstool.

A lot of people know only know of me since March. As the new guy on the block of writers. A lot of people also know me as the punk dj from the Blackout Tour that’s bobbed in and out of the Barstool hemisphere throughout the years.

In reality, I was heavily invested since the pre-Milton days.

I used to fly home from college in Chicago, take the train from South Station to Worcester train station. I was pretty homesick and miserable my freshman year of school so I’d go home whenever I could find a cheap flight. One trip in particular a news rack with a scantily clad blonde in a crop top Red Sox jersey caught my eye.

“Barstool Sports” was emblazoned on the news rack. I grabbed a copy and read it front to back the entire train ride. Pete Manzo, Jamie Chisholm, and El Presidente. Articles that were so off the wall and random, yet absolutely fucking hilarious on topics like “The Rules of The Gambling Gods”, “The Greatest Nintendo Games Ever”, “People You Meet Riding The T”, and more. All sandwiched between gambling lines, stories on games, beats, and an interview complete with a full pictorial of the cover girl.

How had I not heard of this paper before?

I remember looking it up online and not being able to find anything about it whatsoever.

It became a ritual for me on my trips home to pick up a copy at the news rack. One particular day I was lucky enough to run into two guys that were stocking it. One guy had a stack of papers he was trying to squeeze into the rack and the other had a large garbage bag filled with tee shirts.

I told them I loved the paper and they introduced themselves as Dave and Gaz.

Fast forward a few months and Dave found the means to start an email newsletter called “Random Thoughts” which I found out about through an article in the paper.

“Random Thoughts” eventually became barstoolsports.com where Dave would post them daily, along with pdf versions of the paper before Jamie or Pete or somebody realized you could blog the same articles that went to print.

It was a game-changer.

During the infancy stages of Facebook, which I was lucky enough to get invited to by my smart friends in colleges back home (anybody remember when you had to be invited to Facebook?) I had a buddy attend a party and post pics to his account. The pics had an injured Tigers pitcher Joel Zumaya in them. Sling and all funneling beers, and partying his dick off.

There was a site back then that was pretty popular called “drunk athletes” or something that used to just post pics of players out at bars or parties absolutely shit faced.

I knew Zumaya was having a great year, was somewhat of a big deal, and the pics would probably draw some attention so like a piece of shit I sent them to Dave via email.

He posted them in a blog, ESPN picked it up, came asking for him where he found them, he reached back out to me and so began our relationship.

Fast forward a few months and I was meeting with him at his condo in Dorchester because there wasn’t even an office, and we were brainstorming how to throw parties and events with sponsors to drum up some money. That eventually turned into the Stoolpalooza Tours, which gave way to the Blackout Tours, which enabled Barstool NY, DMV, and Chicago to come along and the people we all know and love to come into the mix.

Despite being in distant proximity to one another, we were all extremely close back in those days. Because there were only a few of us, we were apart of this extremely polarizing bootstrapped venture, and everybody believed in the cause. To say the original core group of the company didn’t see this thing being where it is today is laughable. Everybody did. And that core group to me isn’t just KFC, Kmarko, Dave and Dan. I’m talking Gaz, Feitelberg, Devlin, Mo, Smitty, Louis, Trent, and Nate.

People that proudly told strangers that asked what they did “I work for Barstool Sports” even though they knew it’d be received with a furrowed brow and a “huh?”. Again, we’re talking back in the day when nobody outside of New England, and pockets of NY/Philly had any idea what this site was.

People forget he was on an island by himself for what might have been 10 years.

Nate carried a lot of weight on his back, with not a ton of support, all while catching a lot of shit along the way. He never wavered, just kept his head down and kept doing his thing. Always staying true to the cause with the same goal in mind. He's been as loyal as anybody to the company since day 1 and hasn't let the worst of some people ever get the best of him. Something I respect the hell out of him for.

He and I made friends through email back when he began. That turned into him coming to hang out and party anytime we were in the D.C. area for shows, which was often, and we stayed close after the tour life wound down. We share a suspiciously intense love for the band Oasis and have even swore we would head to London together to see them when (not if) they unite for a show.

All the more reason I don’t blame him for being caught totally off guard by my tweet this weekend. And all the more reason I shouldn’t have been a bitch about taking something personally, that was actually straight-up business. By a group of guys that couldn’t be more devoted to the business.

Things aren't like they used to be back in the wild wild west Milton days. And it took this for me to realize that. There's a method to madness today and clearly, it's working.

Coley & The Eric's did a good job breaking down the vision for me today. They're trying to scale the blog back to quality over quantity. Which I agreed was noticeable not just from a blogger's perspective but from a fan's as well. They want to deter bloggers from racing to be the first to pump out a blog just so they can beat somebody else to it. Essentially nixing half-assed, rushed blogs which again I think is a great thing.

They also don't want chaos and disorganization when it comes to topics. They aren't trying to handcuff or assign specific lanes to anybody, we all still have the freedom to write what we want, they just want us to be more cognizant of what we're good at and what other bloggers are better at. For example, I shouldn't be doing hockey blogs because I don't know dick about hockey compared to Chief or Rear Admiral. But that's also not to say if I wrote something hockey-related that was somewhat funny or interesting that it wouldn't get posted.

All pretty common sense stuff that I think everybody agrees is for the good of everybody.

They're trying to implement these things all while navigating through an endless pond of scum and leeches in the form of ambulance-chasing lawyers. I had no idea but the amount of lawsuits Barstool gets slapped with on a weekly basis by people looking to make money is staggering. Things I had no idea could be a big deal and that they are tasked with having to worry about. It's insane and I don't envy the responsibility.

So in summary of the longest most drawn-out explanation of an apology ever, I feel like an idiot. My frustration was a communication issue. Not an agenda or vendetta issue.

I am embarrassed and ashamed of myself. Nate is a good person and friends and he deserved a lot better. And I really appreciate that he accepted my apology.

I am really happy that I began writing almost a year ago now. I regret big time not having the confidence to do it 15 years ago and wonder how different things would have been. Good and bad. But today I am lucky to have guys like Coley, Nate, and Hubbs having my back, encouraging me, and watching over me from really fucking something good up.

I'm really looking forward to things this year with better lines of communication in place and having a much better understanding of things. Thank you guys, and again, sorry for being a whiny bitch.