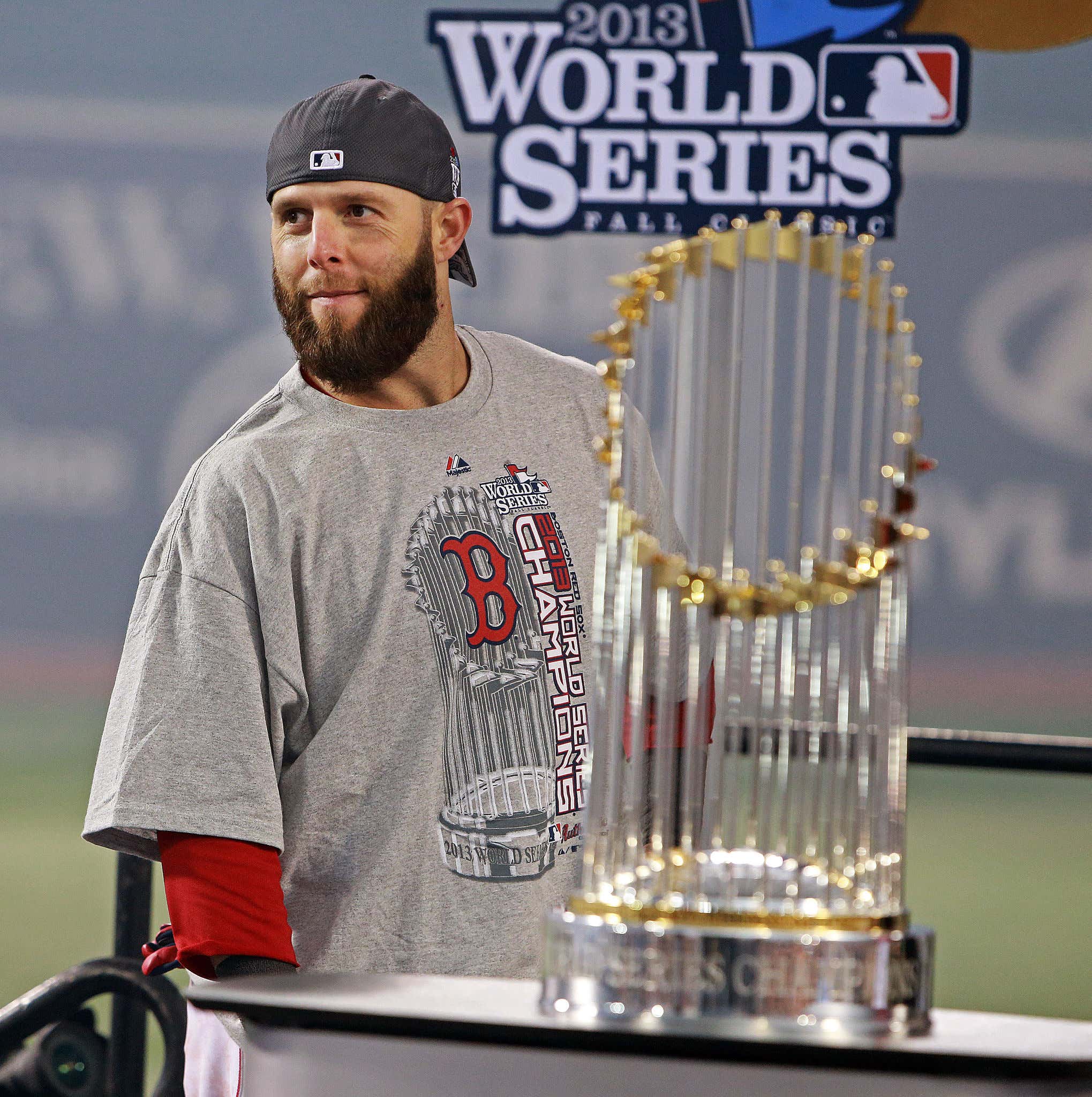 We all knew this day would be coming, but it doesn't make it any less sad. Dustin Pedroia has officially retired from the game of baseball.

He worked his balls off because he had to. He never had anything handed to him. He wasn't the best, but he had to outwork everybody to belong, so that's exactly what he did. From the fields at ASU to the big leagues, Pedroia made a living off of proving people wrong. A shortstop in college taken in the second round back in 2004, Pedroia made it to the big leagues in two years under the guidance of now Red Sox manager Alex Cora at second base in 2006. It was ugly out of the gate, but Pedroia never doubted himself. When fans wanted Cora over Pedroia in 2006 (myself included), Pedroia continued to work hard and turned himself into the American League Rookie of the Year the following season en route to a World Series title in 2007.

Even as a rookie, Pedroia always had that "fuck you" attitude in him. The infamous story of that 2007 World Series was all you needed to know about him. As the story goes, when he got stopped by security trying to enter Coors Field in Colorado for the World Series, Pedroia told security that he played for the Red Sox. When they didn't believe him, Pedroia told them, "Go ask Jeff Francis who the fuck I am." Pedroia, of course, had led off the World Series with a home run off of Francis in Game 1.

How do you top a Rookie of the Year and a World Series title in your first big league season? By winning an American League MVP award, of course. That year, Pedroia hit .326 with an .869 OPS to go along with a league-leading 54 doubles, 213 hits, and 118 runs scored. In Terry Francona's book, the Red Sox manager who was at the helm for two World Series titles in 2004 and 2007, he called the 2008 team the best team that he managed while he was in Boston. Pedroia's MVP season was a big reason for that claim.

From that point on, Pedroia became the heart and soul of the Boston Red Sox. Of course, this would be David Ortiz's team until the day that Big Papi called it a career following the end of the 2016 season, but if you could place the C on the chest of any player following Jason Varitek's retirement at the end of the 2011 season, it would belong to Pedroia.

He led by example through his work ethic. It was next to impossible to beat him to the ballpark. He was the first player in uniform every day, like a kid in Little League who would just show up to the field already in full uniform. In 2010, when he fouled a ball off of his instep and broke his own foot, he still didn't take a day off. He took batting practice while kneeling on a folding chair. He took ground balls while he was on his knees. He had a broken hamate bone in his hand that required surgery at the end of the 2013 season, but still played in 160 regular season games and every single postseason game that year while winning his second World Series title in Boston.

He led with his signature voice. When somebody needed a pick me up, it wouldn't need to be requested. Pedroia would recognize the right time and place to speak to his teammates, whether that be in the dugout, in the clubhouse, during BP, or on the mound in the middle of a major league game. On several occasions, pitchers who were struggling with repeating their delivery, their mechanics or pitch tipping, it was Pedroia who was looking at film to help correct their problems for the betterment of the team. When his teammates were struggling, Pedroia was one of the first to come to their defense in the media to take the heat off of them and place it on himself if need be. When he was hurt in the later seasons of his career, he took players like Michael Chavis aside to help them learn a completely new position at the big league level. He did that to help a team that he knew he wouldn't even be able to step on the field for.

And while we're on the subject of his injuries, which ultimately led to his premature retirement, I just want to make one thing abundantly clear. There will be assholes who will say thank God Pedroia retired. That it was time and it has been time for years. First of all, fuck you. We're not talking about Jacoby Ellsbury here who got hurt multiple times in his prime years and took heat from his own teammates for not playing through injuries that could've been fought through or not returning when he could've been on the field. Pedroia quite literally played through every injury he ever possibly could've played through. And the reason why injuries forced Pedroia into an early retirement is because this man played so fucking hard every single day for over a decade that his body gave out on him. Athletes will say, when it's all said and done, that they left it all out on the field. Pedroia is the embodiment of that.

When a dirty slide by Manny Machado took out Pedroia's knee in 2017, the Red Sox second baseman fought through several surgeries and years of painful rehab all for just a chance at returning to a major league field. When he began his journey to return to baseball, none of that was promised. If anything, with each surgery his chances became smaller and smaller. But to him, all that registered in his brain was that there was a chance. And if there was a chance, Pedroia was going to do everything he could to wear that Red Sox jersey at Fenway Park once again.

Keep in mind, all the talk about Pedroia's contract and how him not playing the last couple of years hurt the Red Sox --  Pedroia took less money to stay in Boston at the time that deal was agreed to. This is something that players unfairly get crucified for not doing in professional sports, taking less money to stay with the team that drafted them. Pedroia did that. He wanted to play in Boston forever. For you. And when Robinson Cano got a monster contract from the Seattle Mariners, Pedroia got asked if he had any regrets taking less money to stay in Boston, forgoing a chance at free agency to squeeze every last penny out of a potential suitor. Pedroia's response? He didn't care. "I'm rich as fuck," he said to be exact.

Now that this chapter of his life is over, I want to say thank you to Dustin Pedroia for your sacrifice, for your many years of excellent play on the field, for the example that you set for many young baseball players all over the world that it's not about the size of your body but rather the size of your heart, for representing the city of Boston as best as any athlete ever could, and for helping to bring multiple championships to the Red Sox organization when there was an 86-year period when fans thought they'd never see one.

Enjoy retirement, Pedey. There will never be another one like you, and your number 15 deserves to be up on the right field facade along with the rest of the all-time greats who wore "Red Sox" across their chests with pride. Forever a Boston legend.