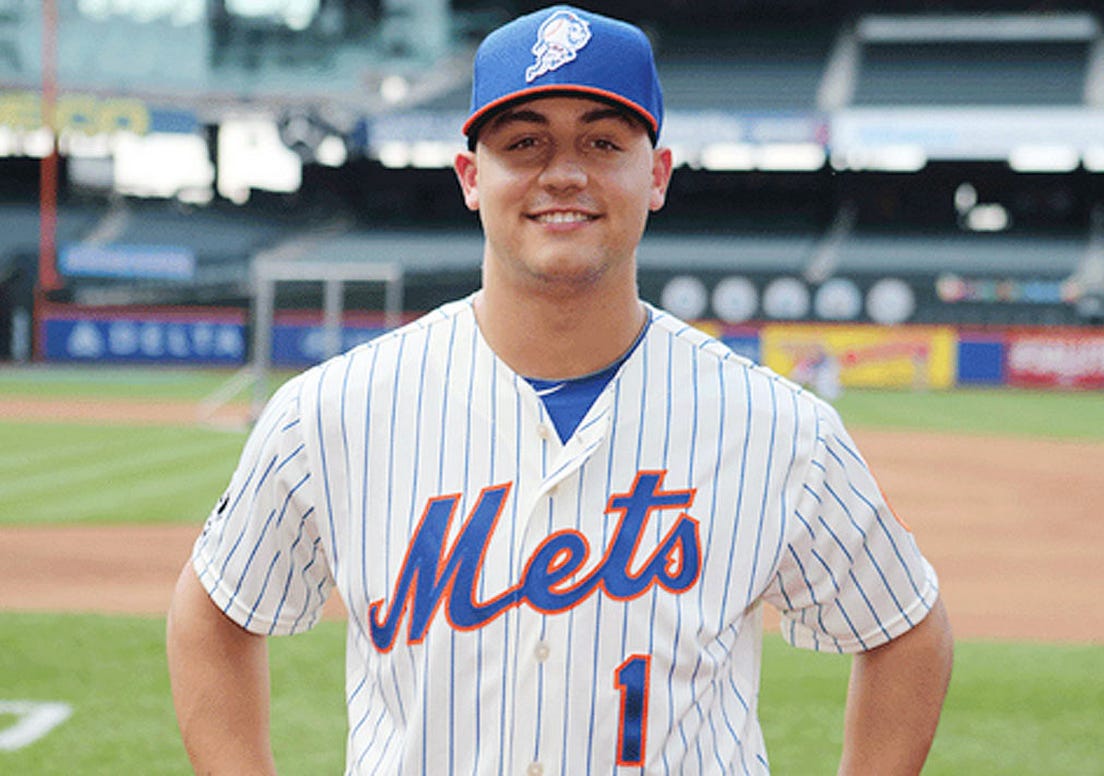 Hey no pressure bro! Not like you have a completely delusional fan base obsessed with home grown talent that thinks you can turn the worst offense in baseball into a playoff contending lineup!

On the real though, this is exciting. For as much as I hate the Wilpons and the way this team operates, this is exciting. In a very short span, we’ve seen Noah, Matz and Conforto called up to the Bigs. In a little bit longer of a span, that includes Harvey and Wheeler. Whatever else you want to say about money and free agents signings, there is no doubt the Mets have done a great job with there farm system. And Conforto is the crown jewel of their system as far as bats go. Now, lets not get too carried away. Every team always thinks that “their” number 1 prospect means its like a number 1 prospect in all of baseball. Its not like we’re calling up Mike Trout or Bryce Harper. And thats not a knock on Conforto, I just would like, for once, for our fan base to keep expectations reasonable and not put someone in the Hall of Fame before hes swung the bat once. Keith Hernandez swears that he’s the real deal, and despite his homerism he usually tells it like it is and definitely knows hitting. Keith Law says his peak is a .400 OBP and 20 HR. Which would be FINE with me. I’m envisioning like a JD Drew type – but the good JD Drew. Dont get all negative on me. He had some real productive years with the bat.

Bottom line is, tonight, Michael Cadaver is out and Michael Conforto is in, and that is a good thing. Is it good enough to turn everything around? No. Does it make the John Mayberry’s and Eric Campbell’s of the world not suck? No. But it helps the lineup and if it can help these pitchers get a an extra run or two here and there, then thats a really good thing. The Wilpons will use this and the promise that “David Wright is coming back” to avoid making a move at the deadline and thats a bad thing, but in general this is a good thing. No telling how long it lasts or how he performs in his first shot at the Show but this is the right move.

PS – The INSANE part of this whole Mets saga is that they’ve already done the hard part. They’ve developed the farm. The young, home grown talent is there. They hit on all these prospects. The easy part is buying the rest. And they wont do it. Assholes.