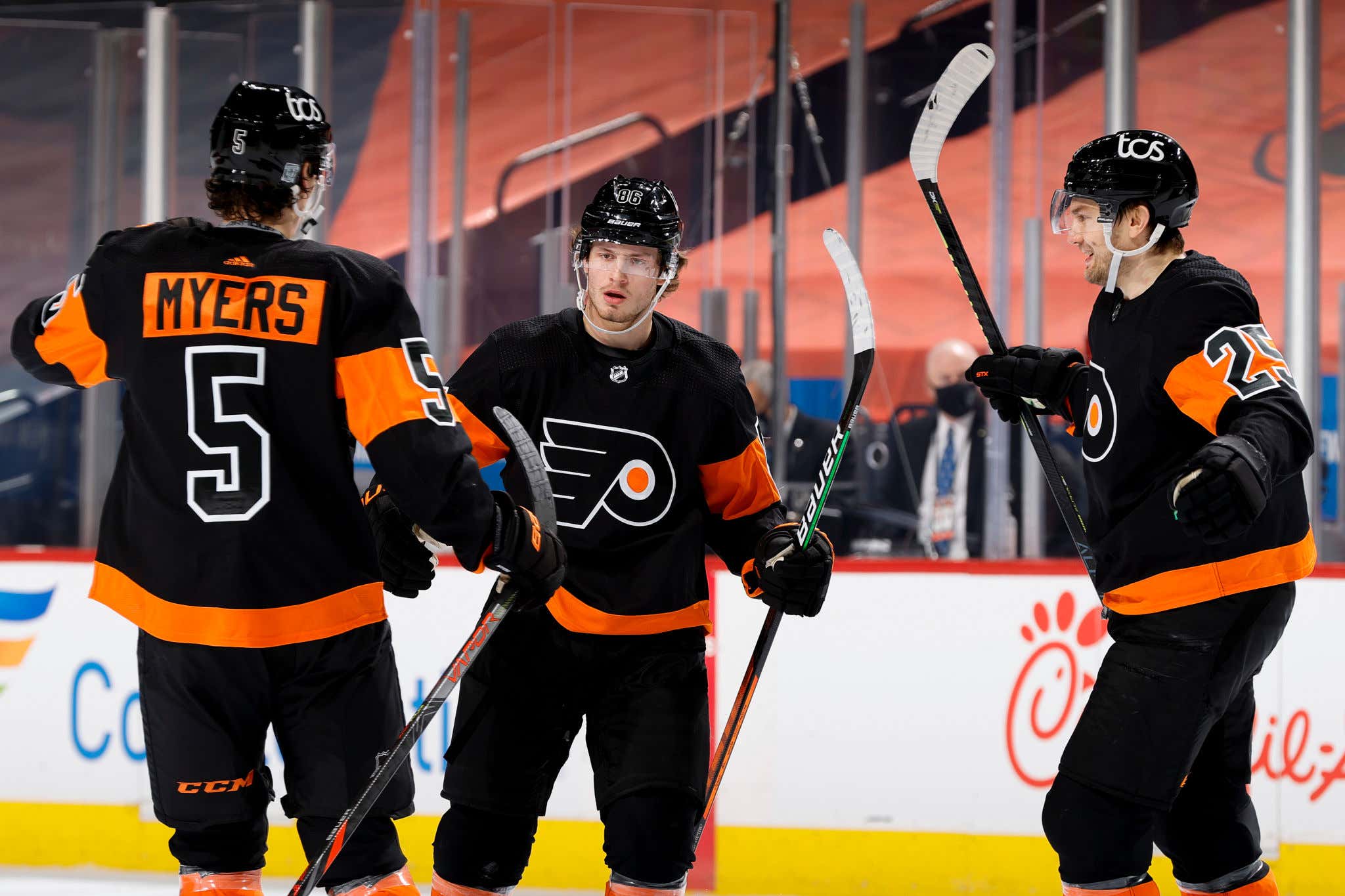 But would you like to know what hasn't been an issue for this Flyers team? 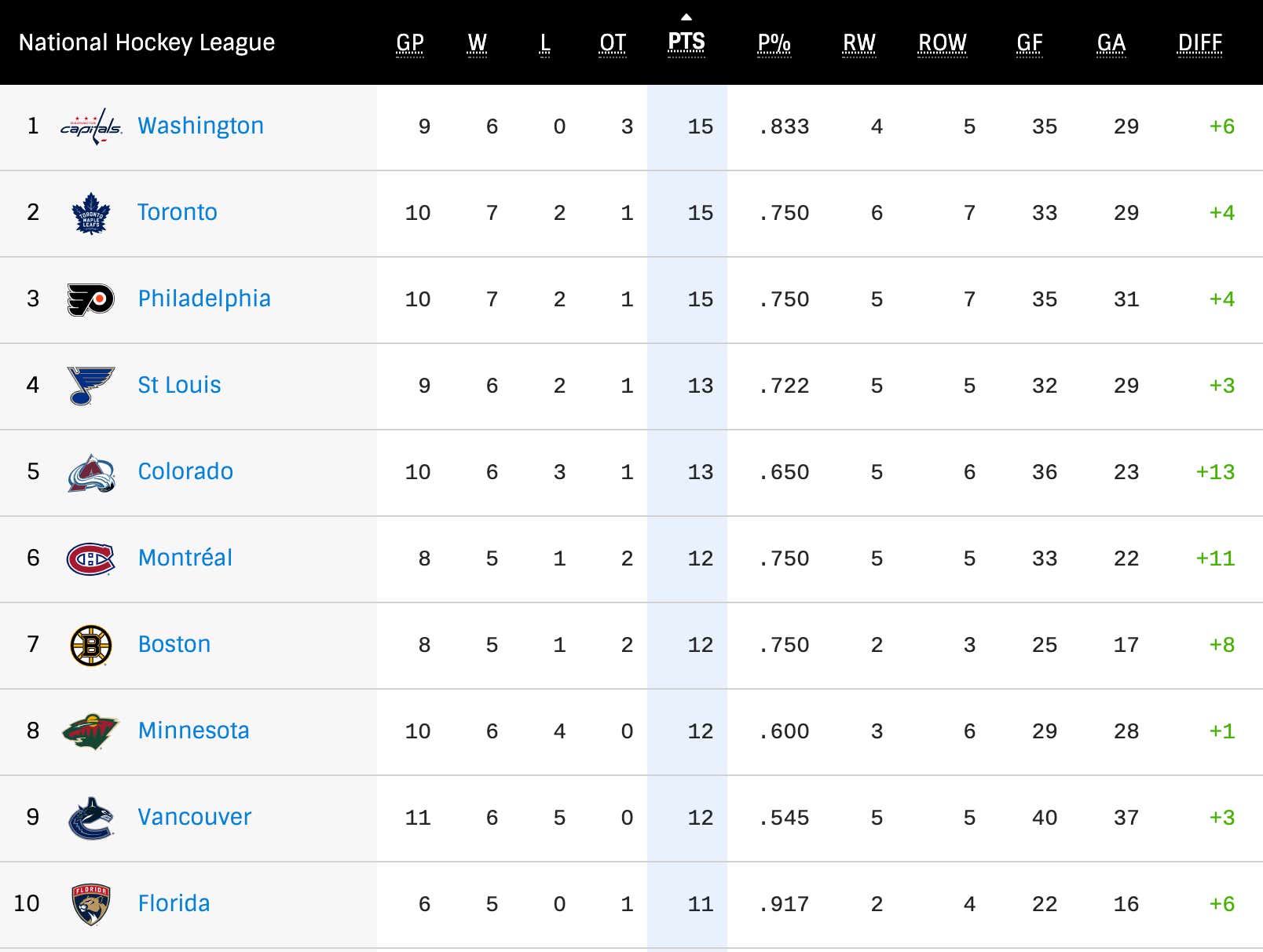 Read it and weep, bitch. Currently tied with the most points in the league, and they've done most of that damage without their most important player in the lineup. When it comes down to making the playoffs, Gary Bettman isn't sitting in his office counting up how many times a team has blown a multiple-goal lead to determine seeding. The only thing that matters is that W column, and you gotta stack those W's whatever way you can. They don't ask how, they ask how many.

So if that means the Flyers have to blow a 2-goal lead in back-to-back games over the weekend but ultimately pick up the 4 points by winning both games in overtime?

Then so be it.

Because sure, the Flyers are still yet to play a full solid 60 minutes of hockey this season. They'll show up and look like world beaters in one period, and then the very next period it looks like they were all just ripping darts in the locker room and walking around the parking lot with their skates on and no guards. But there are two ways you can look at that, and sue me for being the optimistic one and thinking there's really only one option here.

The first is that the underlying issues on this team will eventually catch up to them, and that they won't be able to keep winning at this pace if they continuously take periods off every night. Which would most likely be the case for plenty of Flyers teams in the past, especially during the Hakstol era. But the second option here--the one which I think most Flyers fans should be reasonably confident in--is that if this team can still find ways to win 7 out of 10 games while playing like shit for half of each game, then just imagine what they'll look like when they put in a full 60 minutes. Just imagine what this team will look like when Joel Farabee puts up this type of performance…

…and then not only does the rest of the team not completely fall apart and end up having to win by the skin of their teeth, but they also start to pour it on their opponent. Once this team gets to a point where they start to smell blood in the water and attack? It's over. Unfortunately right now, there is blood in the water and they think the kill is already over. But you've got Farabee putting up 3 goals, JvR pitching in with 4 assists, Hayes with goals in back-to-back games, and Voracek looking like he's ready to have renaissance year. You can call the Flyers "Mr. Brightside" because they're all a bunch of Killers.

- I fucking love Scott Laughton. This team isn't necessarily built on sandpaper like Flyers teams in the past. But I think Scott Laughton does a great job at trying to carry that Wayne Simmonds torch this year. A guy who will sneaky put up a bunch of points, but also just works his dick off every time he's on the ice.

Like the pressure he puts on the forecheck here right before Farabee's 2nd goal of the night. Laughton has been super disruptive on the forecheck all season so far, and he's definitely the best Flyer in that aspect of the game. Dude just goes full send every time a puck gets behind the defenders. He battles in the corner, causes an ill-advised breakout pass that gets deflected by JvR and then stapled to the back of the net by Farabee. That's a big time grind stat for Laughton.

- I really like the way Shayne Gostisbehere has looked so far. He had that one bonehead play where he tried to skate the puck right in front of Brian Elliott last night and turned it over, but no harm no foul. Other than that, though, it's crazy how much better it is for Provorov out there to not be getting dragged down constantly by an anchor like Braun. Ghost gives Provorov the ability to be the Provorov we all know will win a Norris one day, just by not being a liability.

- The Flyers still look like they're fighting the puck a lot out there. There have been a couple of really nice passing plays over the last few games but overall, sloppy puck movement is an issue for this team. But last night I thought the Flyers did a nice job of at least getting pucks to the soft spots on the ice and just making the plays from there. So the tape-to-tape passing might still be super suspect, but they can still generate some quality possessions just by making quick, smart decisions with the puck. Gotta love that.