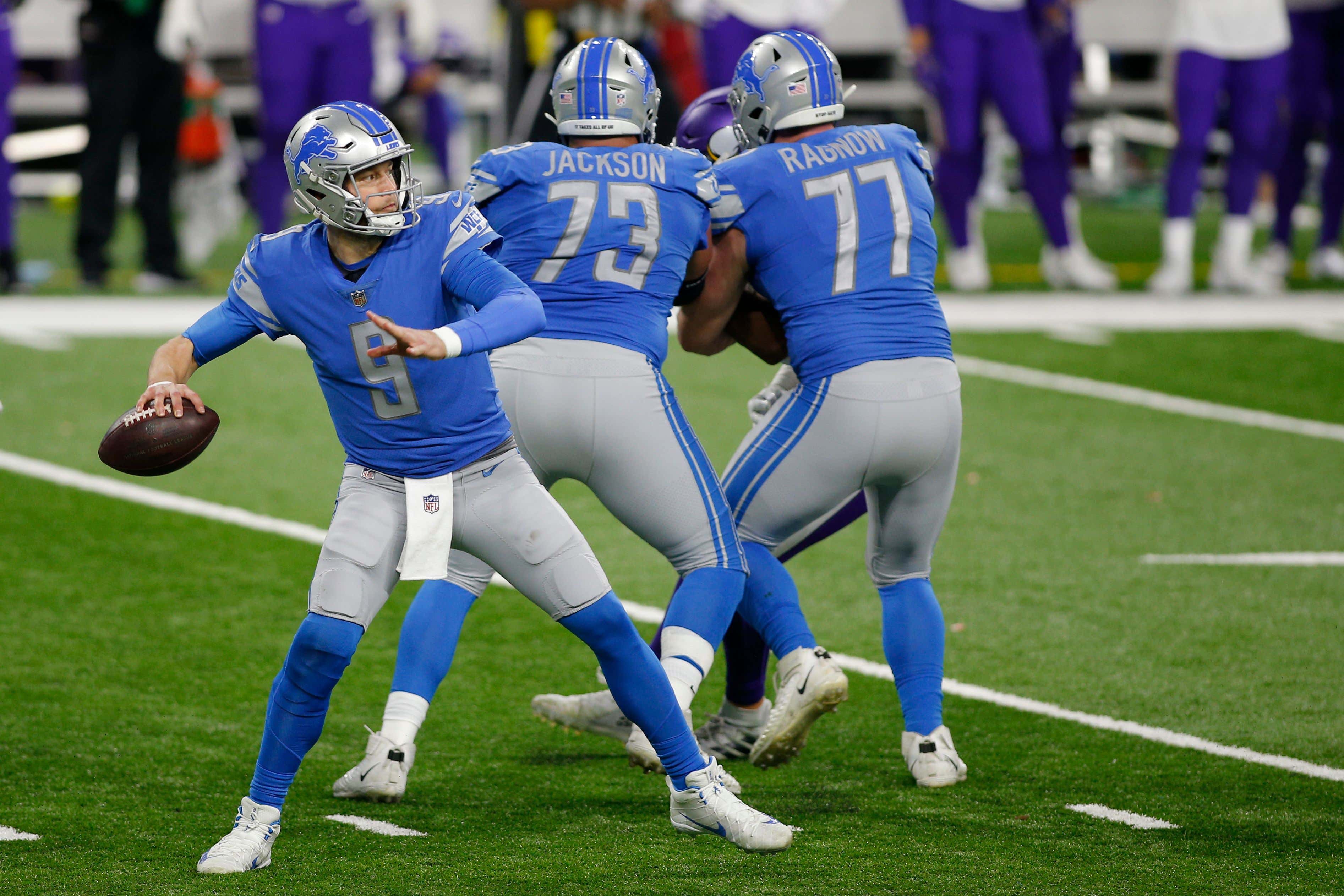 HOLY MOLY!! What a haul for Stafford my goodness! Two 1sts and a 3rd rounder with Jared Goff's nightmare of a contract thrown in heading to the Lions with Stafford finding a new home on a real contender in the Rams. Everyone jokes that the Rams actually hate drafting in the 1st round, but they actually might have a secret rule in the organization that it's not allowed. If everything stands as it is LA will go six seasons without drafting a player in the first round. SIX STRAIGHT DRAFTS!!! Quite frankly I don't understand how they even have picks to trade in the first place. If you don't have a Rams 1st round pick these days what are you doing as a GM? That being said if I were running a team I'd probably do the same thing they're doing. Oh I can trade for guys like Jalen Ramsey and Stafford instead of rolling the dice on a 1st rounder that might not even sniff the field in a few years? Just get me the best capologist in the world to make the money work and we're going to have some fun.

There were rumors of a rift between McVay and Goff, but goddamn if they were willing to give that up for Stafford they must have wanted to rip each others' heads off right? Well, now Stafford gets his wish and heads to a contender, LA gets their QB, and Detroit goes into full tank mode for the next two seasons until they can get out of Goff's disaster of a contract. Obviously the Rams are in complete 'win now and fuck whatever the future may be' mode, but I like this move for them. Matthew Stafford has been surrounded by utter dogshit during his time in Detroit minus throwing to Megatron. Even with him, the rest of the team was garbage. Dude is a warrior and 32 years old. He's not finished by any means. LA has to go for it with their roster and their patience with Goff was all but up. Stafford, on the other hand, needed to get out of Detroit BADLY. Clearly so did his wife. Los Angeles is certainly a decent landing spot for him, mostly because they are a real team that has real players on it.

McVay is also a real coach who I imagine cannot wait to work with Stafford and get their offense going again. Stafford with Kupp and Woods and McVay scheming will be fun as shit to watch.

Poor Jared Goff, dude was in the Super Bowl a few years ago after getting paid to be the quarterback of a team in Los Angeles. Now he's on the Lions watching his career die in front of him. Kinda draws in comparison to Blake Griffin getting sent to the Pistons after getting paid by the Clippers only to rot away. Goff as a human is the man so you gotta feel for him a bit, but he's also making a fuck ton of money to do this. He'll be okay.

Big question that comes from this is what does Deshaun Watson go for? I know adding Goff makes the offer go up here, but that's still a deal that will only further up his price. We're talking four 1st rounders as a starting point right? 25 year old future Hall of Famer? 5? 6 picks? Jets may never pick again.