Today in Philadelphia, we lost a legend. John Chaney passed away at the age of 89. 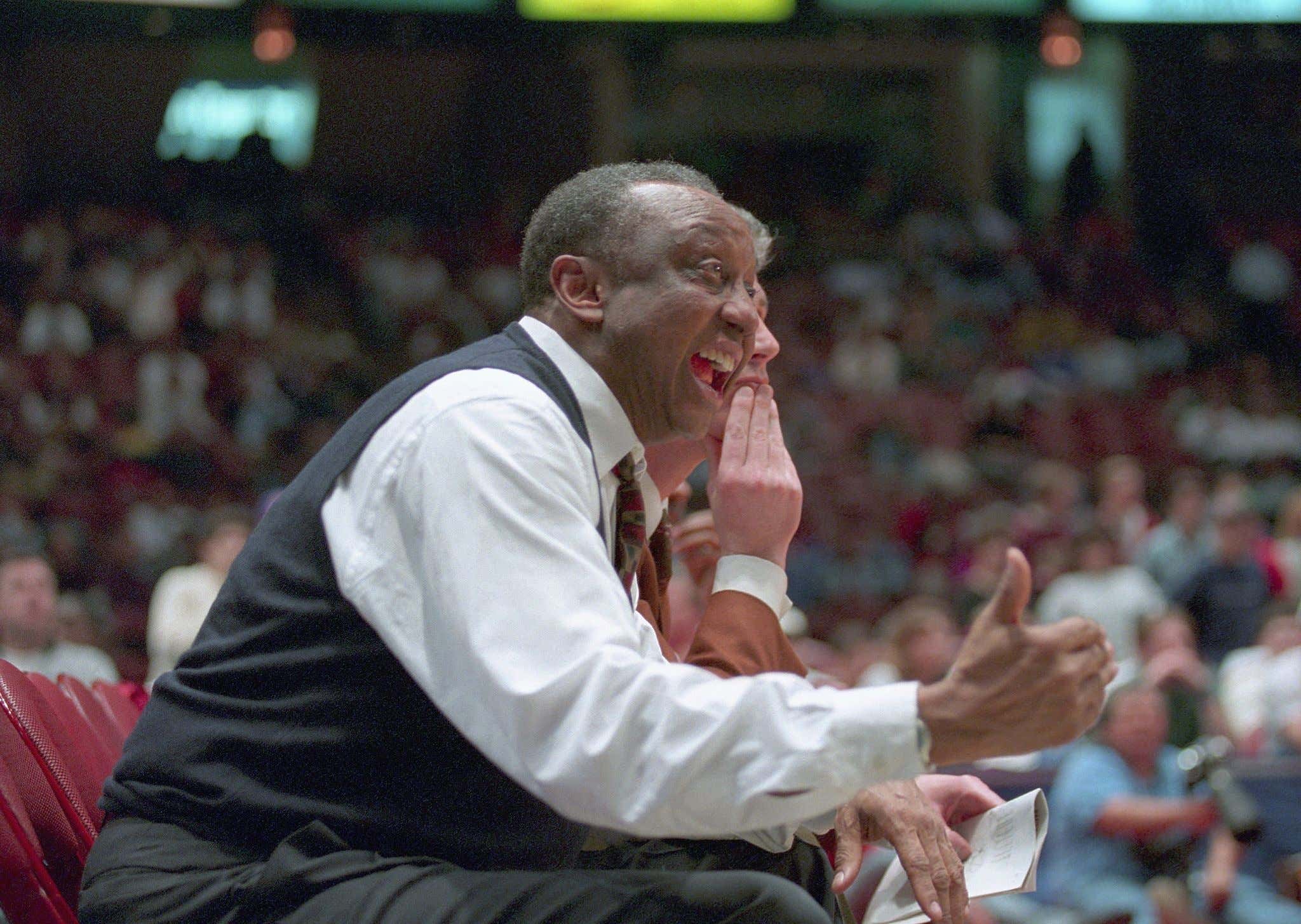 John was a Basketball Hall Of Famer. He went to the Elite 8 five times in his 24 year career. He made the tournament 17 times. In his two college stints, one at Cheyney in Division 2 and at Temple, he won 741 games. 516 at his beloved Temple. In 1,053 games, he won 70 percent of the games he coached. We also of course remember him for the Calipari press conference incident

And the 2005 stunt when he sent what he called "the goons" in vs St Joes to hurt players from the Hawks.

"I'm going to send in what we used to do years ago, send in the goons, Chaney said.

He got a suspension for that. It was John Chaney though. Tough, rugged, and blue collar. It was a different time in basketball.

But for me and many that grew up and became basketball fans, studying him over the years is what he meant to his players. Chaney was the real epitome of the word "coach". Did he win hundreds of games? Yes. Did he go deep in the tournament? Yes. Did he send kids to the league? Yes. But for Chaney, who was blue collar to the core it wasn't about that.

Aaron Mckie, a former player and current coach at Temple said it best:

“It was never about the NBA or bust. He looked at us in his image. We were kids who were just like him: overlooked, underappreciated, under-recruited. But we all had an edge, that chip on our shoulder. We had that drive to make something of ourselves. That’s what coach was looking for. We just needed that chance.”

He made young kids into men. He relished in providing them with a refuge. Kids like him. Kids that were overlooked or lost their way and turnt them into the man he had become.

Chaney grew up in Philadelphia after moving as a young boy from Florida to the city. He played basketball at Benjamin Franklin High School on Broad St coached by Sam Brown and talked many times about how Brown was more than a coach to him. He would provide them with tokens for the subway so they could get home safe, he'd take them to the Poconos on weekends to keep them away from gangs that would pray on young men.

Chaney took his first job at Sayre Junior High School in Philadelphia. He led them to a 59-9 record in 6 seasons. He then went back home at coached at legendary Simon Gratz High School. When he took the job, the year before Gratz had just one win. They are now a Philly high school power and have been in the Public League since he took over creating legends like Rasheed Wallace and Aaron Mckie.

He then went to legendary HBCU Division 2 Cheney where he won a National Title. Then it was to Temple, they took a shot on a young blue collar guy and he paid them back in spades. They didn't make them like Chaney. As we know from his antics on the sidelines to his gravely voice to his zone he loved to run.

The thing most incredible about him was him taking shots on Proposition 48 players. Prop 48 were players who hadn't scored high enough on the SAT tests or had the minimum grades to be eligible to play as freshmen. He believed in them as men and his ability as a coach and MADE THEM INTO MEN. He once said:

“I liked very much what we were doing, and the people I was associated with,” he said. “Temple took a stand, so I wasn’t alone. Everyone needs a partner. You can’t do it by yourself. Snapshots should not become you, or should not be you. When it comes to someone’s behavior or character, that’s truly unfair. Because you’re not educated, or were poor, or weren’t given a chance. You can’t be a teacher if you’re going to be racist or narrow-minded.

Mckie was a prop 48 player. Think if Chaney didn't take a chance. Enter a player like Rasheed Brokenborough a great player from "The Black Bottom" a notorious West Philly neighborhood rife with crime and poverty. He was one of the top players in the country in high school, but he didn't have the scores.  Chaney took a chance, got him a tutor and he became eligible. He had a great career at Temple and started 95 of his 96 games at Temple. He played overseas for years and went on to be successful in the real world.

“Many of my players came from environments where people said they couldn’t do it,” Chaney said. “I came from an era where it could end before being fulfilled. You have to move into a better place, in our minds and for our future. So many of them were able to change who they were. They ended up being what Temple’s statement has always been. Young acres of diamonds, right from the neighborhood, being told they could have the same kind of opportunity as everyone else.”

Chaney is what coaches should be and always be. He saved many lives and is not only a legend on the court, but a legend off of it. Young men like the players he had, needed him.

Chaney lived in the same home for decades in the small Philly neighborhood, Mt Airy. He played golf at the local club in his retirement. He gave to his beloved Temple. He even turned young BMOC into a fan. To this day I love his zone.  I've rooted for Temple ever since. Even having season tickets the last few years before COVID. I remember seeing Coach many times when I was younger on TV or at the Liacouras Center. I remember fondly the beautiful basketball year of 2000-2001 here in Philly. Temple went to the Elite 8 with great players like Lynn Greer. That June, our beloved Sixers went all the way to the NBA Finals, with one of John Chaney's best success stories, Aaron Mckie.

Thanks for creating a basketball culture in this great city Coach. Thanks for being what a true coach is. In a world now where it's about how much you pay a player or what they can do for you. Chaney is a throwback to when coaches were truly coaches.

Rest in Peace Coach. A Philly legend and institution. They won't ever make another John Chaney.