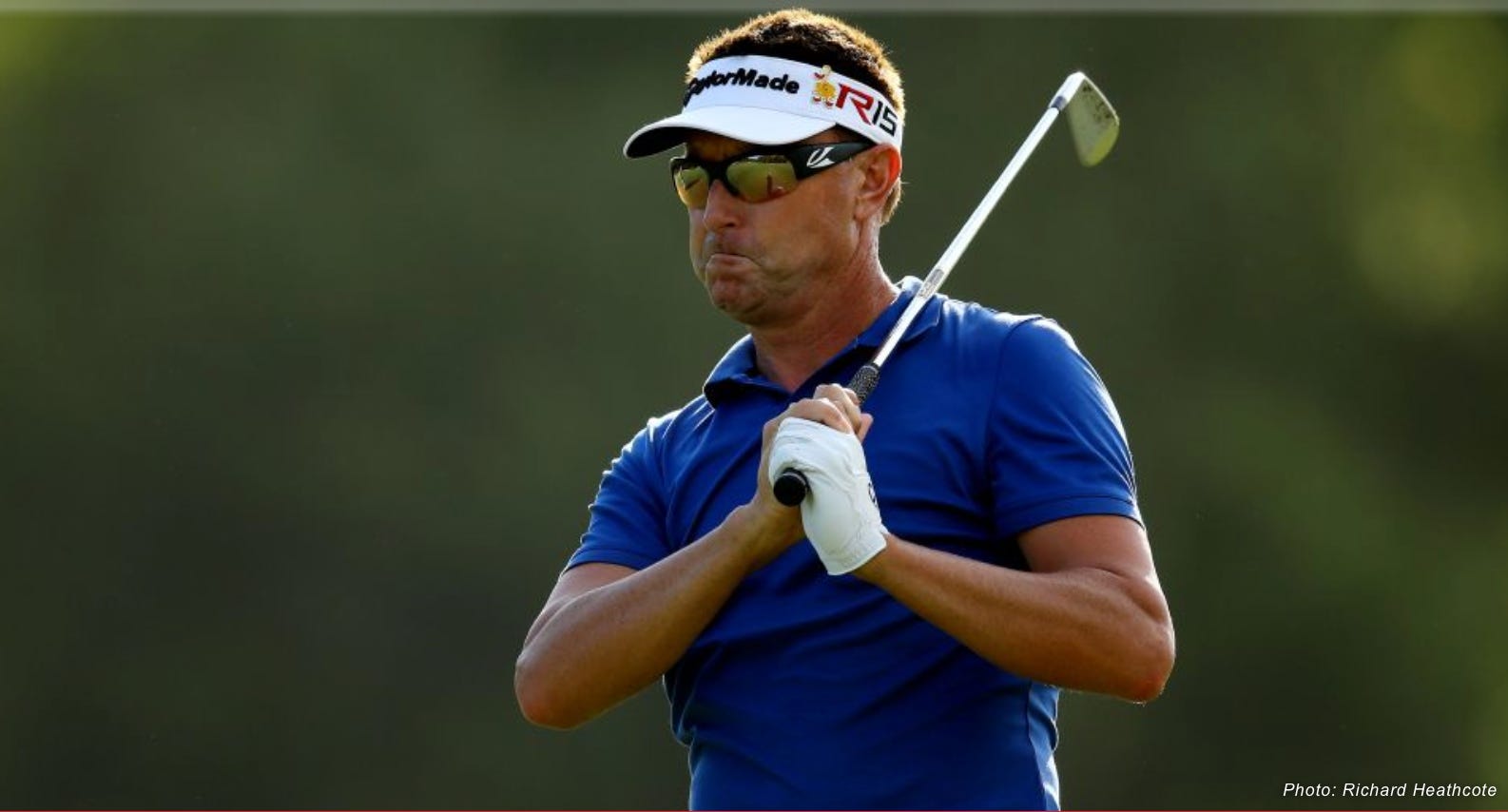 OAKVILLE, Ont. – Robert Allenby has had one hell of a season, and not in a good way. In the news earlier this year for claiming to have been beaten and mugged in Hawaii at the Sony Open — a tale doubted and scrutinized by the media, but one the veteran Australian golfer adamantly stuck by — he has made only seven of 21 cuts and banked just $265,000. He’s in danger of losing his exempt status, which means he might have to rely on the second of two career money exemptions to tee it up on the PGA Tour next year. On Thursday, at the RBC Canadian Open at Glen Abbey, his year got even stranger. After incurring a penalty stroke off the tee on the par-5 13th, his fourth hole of the day, Allenby had just over 150 yards in for his fourth shot. His caddie Mick Middlemo, new on the bag this year, called for an eight-iron, while Allenby wanted to hit seven. Middlemo insisted and Allenby’s shot caught a gust of wind and ended up in the creek that fronts the green. He took a triple-bogey eight on the hole en route to a front-nine 43. The fireworks, however, started right then and there. “I said to him, ‘You know this happens every week. This has happened for like the last three or four or five months. We keep making bad mistakes and you’re not helping me in these circumstances,’” Allenby said after his round of 81. “And he just lost the plot at me. He just told me I could go eff myself. And I said, ‘Look, you need to slow down. I mean just calm down.’ And then he just got right in my face as if he wanted to just beat me up. I said, ‘Stop being a such and such and calm down and get back into the game.’ And he just got even closer and closer and I just said, ‘That’s it, you’re sacked.” I said, ‘I will never have you caddie ever again.’ And we never spoke for the rest of the (first nine) and when we got to 18 we walked off and he said some smartass remark to me and I said, ‘You don’t deserve to be caddying out there.’ And he just got right in my face and threatened me so I said, ‘Go.’ So he left.”

Weirdest year ever for Robert Allenby, huh?  In case you don’t remember he’s the golfer who said he gotten beaten up/kidnapped/robbed in Honolulu after missing a cut but the details were sketchy.  People weren’t sure if Allenby actually got beat up or just got shit hammered and stumbled around Hawaii for a few hours.  Either way, this was what his face looked like the next day 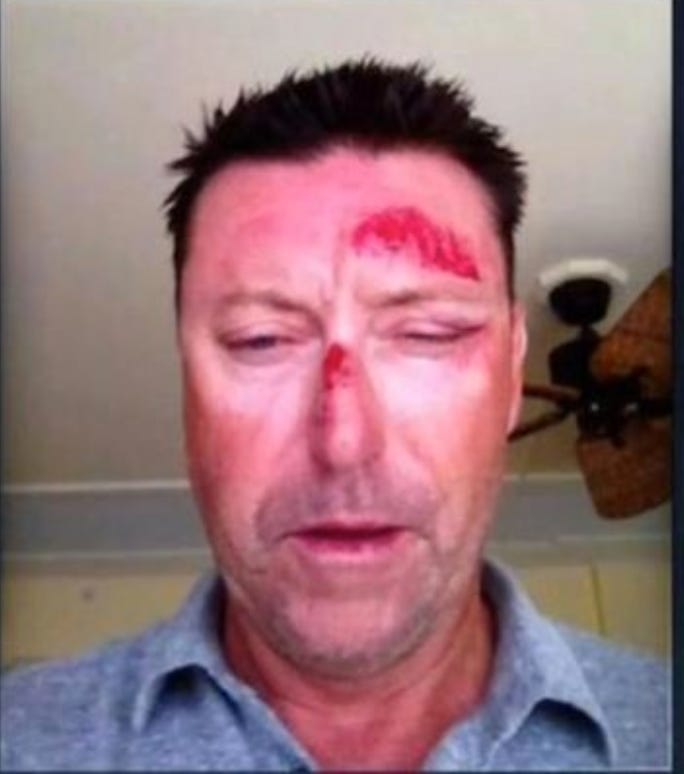 And now this.  He just up and fired his caddy in the first round of the RBC Canadian Open then plucked some dude from the crowd and had him carry his clubs for the final 9 holes.  I don’t wanna jump to any conclusions here but Robert Allenby sounds like an asshole.  Sure, in one sense it’s kinda boss.  “You’re not helping me win out here.  Fuck off and you’re fucking fired.  Yes, right now.  I know we have 9 holes left and I’ll cary these damn clubs myself if I have to!”  But coming from Allenby, who seems like a pretty shitty dude, it’s much less boss.  Looking at it from another angle, greatest day ever for that fan.  That’s shit you dream about.  Go to a golf tournament and get pulled outta the crowd to be a caddy.  Well, it’d be way cooler if the fan got to play but being a caddy is a close 2nd.