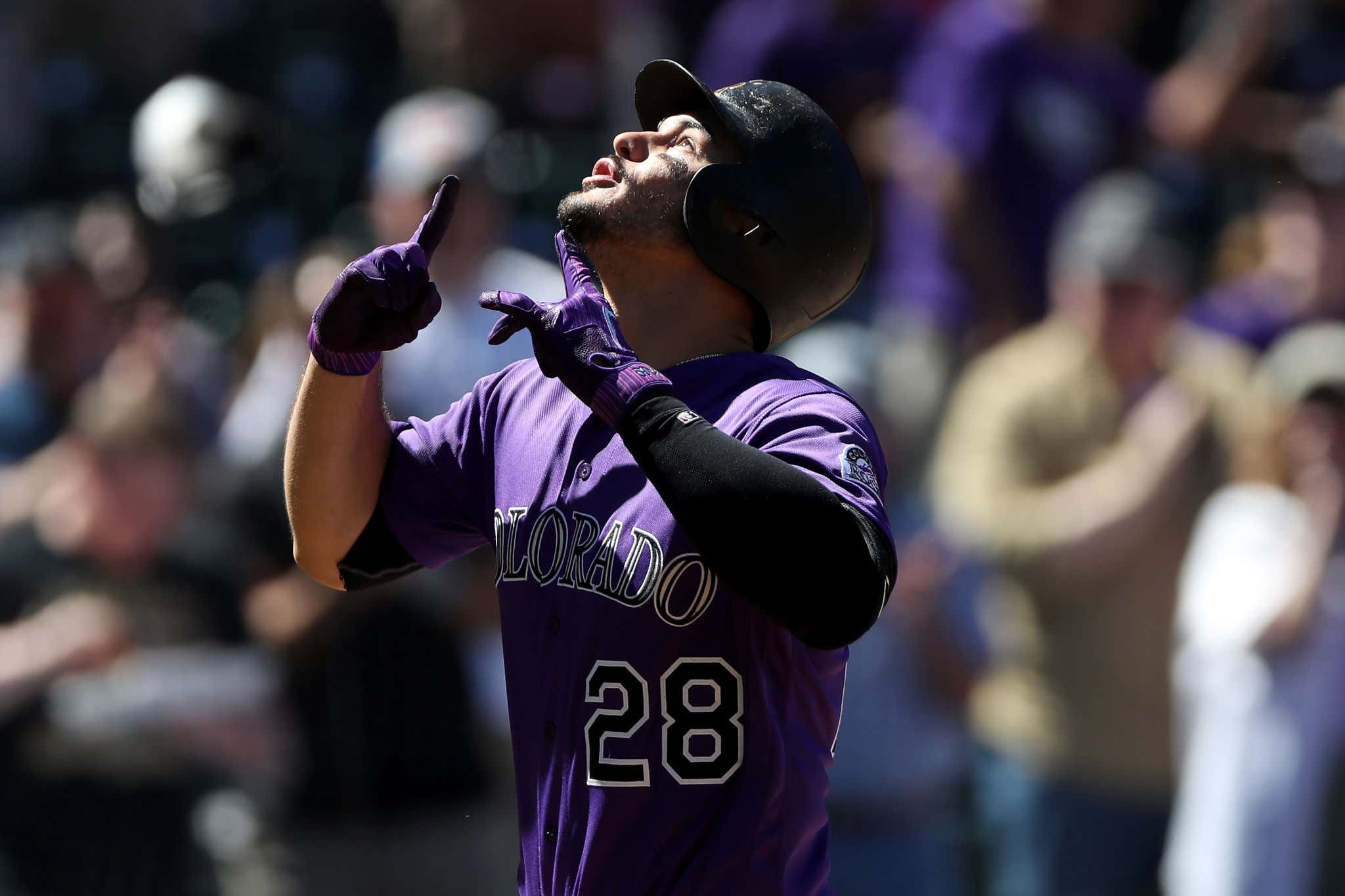 Just an editor's note here -- I'm writing this blog at 10:30pm on Thursday night, so I'm sure there will be some details that become available later that aren't currently available at the moment. I'll update the blog as it comes in.

You can have the debate over who the best third baseman in baseball is with a bunch of names throughout the league, but as it pertains to who the best defensive third baseman is? That's a two-name conversation, and Arenado is one of them. And really, there's no wrong answer. Arenado is the 1A to Matt Chapman's 1B or vice versa. Doesn't matter. Watching Arenado play the hot corner is a friggin' privilege that every baseball fan should be thankful for. Now that privilege belongs to the great baseball fans out there in St. Louis.

This has been a long time coming. When Arenado signed his eight-year, $260 million extension with the Colorado Rockies just before the start of the 2019 season, there was a reciprocated message sent both ways that day. With the completion of that deal, the Rockies made a strong commitment to winning by retaining the services of their franchise player. But beyond that, assuring said franchise player that they would build around him with hopes of constructing strong rosters capable of winning seasons that could potentially do some damage in October. And in signing the extension, Arenado was all in on winning with the Rockies organization for a long time.

Small sample size, but it never happened. Not only did it not happen, but it took all of one (1) year for the Rockies to start shopping Arenado around to rid themselves of his contract. One year. And you're never gonna believe this, but Arenado was pretty pissed off about it. Imagine that? That's like getting married, hearing the wedding vows about how you're everything they've ever wanted and dreamed about, and they make a lifelong commitment to you only to file for divorce one year later. But in this situation, the divorce didn't go through, so now you're just awkwardly stuck living with each other for another year until they can find you a new partner that hopefully you're okay with being with? Yikes.

Understandably so, Arenado was not pleased with this and he gave zero fucks about making his feelings known.

“There’s a lot of disrespect from people there that I don’t want to be a part of,” Arenado said in a text. “You can quote that.”

“You ask what I thought of Jeff’s quotes and I say I don’t care what people say around there,” Arenado said. “There is a lot of disrespect.”

Asked what was said that he found particularly disrespectful, Arenado said, “No. I won’t get into the details.”

Well, at least the Cardinals are a good baseball team. No shade at the Rockies, either. They were one of the most fun teams to watch last season, despite not making it to the playoffs. I really enjoyed watching that team. But now Nolan gets the chance to contend for a World Series title, something that hasn't exactly been the most realistic expectation in Colorado throughout his tenure there. And if you're a Cardinal fan wondering if you're getting a disgruntled player who doesn't actually want to be in St. Louis, Arenado has a full no-trade clause. So, he wasn't going anywhere that he didn't want to be going. This is no different than him going there willingly as a free agent.

The guy wants to win. Bad. During quarantine, I talked to players in June who told me they hadn't picked up a bat since the league told them to go home in March. I talked to pitchers who barely threw a baseball around once a week. Once players were sent home from spring training, Nolan was training every single day like Game 7 of the World Series was the following day, not knowing, at the time, when he'd play in another major league game. He's an animal. One of the fiercest competitors in the league, who works his balls off and does whatever it takes to help his team win. The Cardinals got a great one.

He's a four-time PLATINUM Glove winner. Eight-time Gold Glover and five-time All Star to go along with his four Silver Sluggers. I don't need to tell you how good he is, but I will anyway. From 2015-19, the 29-year-old hit an even .300 with a .937 OPS, averaging 40 homers, 38 doubles, 124 RBI, and 347 total bases over those five seasons. All while playing not just the best defense at his own position, but the best defense at any position in the National League. He's a fucking machine.

The Cardinals needed a big bat to pair with Paul Goldschmidt in the middle of the order, and they got it. I feel bad for Rockies fans, though. He's absolutely beloved there, as he should be. This was an individual who should've one day had his number retired after possibly going the Todd Helton route of playing his entire career in a Rockies uniform. Instead, Arenado will spend the other half of his prime years and beyond elsewhere. It's a bittersweet ending in Colorado for a guy who wanted to be a part of something special there, but a dishonest owner had other plans and didn't allow that to happen.

Oh well. He's on to St. Louis now to try to help bring the Cardinals a 12th World Series title, while the Rockies take another step back from being able to win their first.