Today is a sad day in America. Corrupt billionaires are getting richer off the backs of ordinary people just trying to make some money for themselves. And what crook is involved in all of it? Steve "Largest Fine In SEC History" Cohen. The new billionaire owner of the Mets is (allegedly) heavily connected to bailing out the hedge funds that got screwed over by the soaring prices of stocks like GameStop and AMC. He's (probably) part of the reason that Robinhood stole from the poor and gave to the rich by stopping people from buying stocks like GameStop, Nokia, and AMC. Are you an average, hard-working American who thought they were finally going to use the stock market to get rich? Well you can blame people like Steve Cohen for screwing you over.

Scummy Steve Cohen has tried to be the cool billionaire owner on Twitter mixing it up with the fans. But when you're looked at as a key figure in one of the biggest scandals in financial history, your mentions aren't going to be as fun. He's already crying about it.

WAH WAH WAH. Poor Stevie "Scumbag" Cohen is upset people are mad at him for (potentially) screwing over millions of hard working people so him and his buddies can stay rich. He's trying to play nice to Dave on Twitter and say that he's just a trader doing his job. 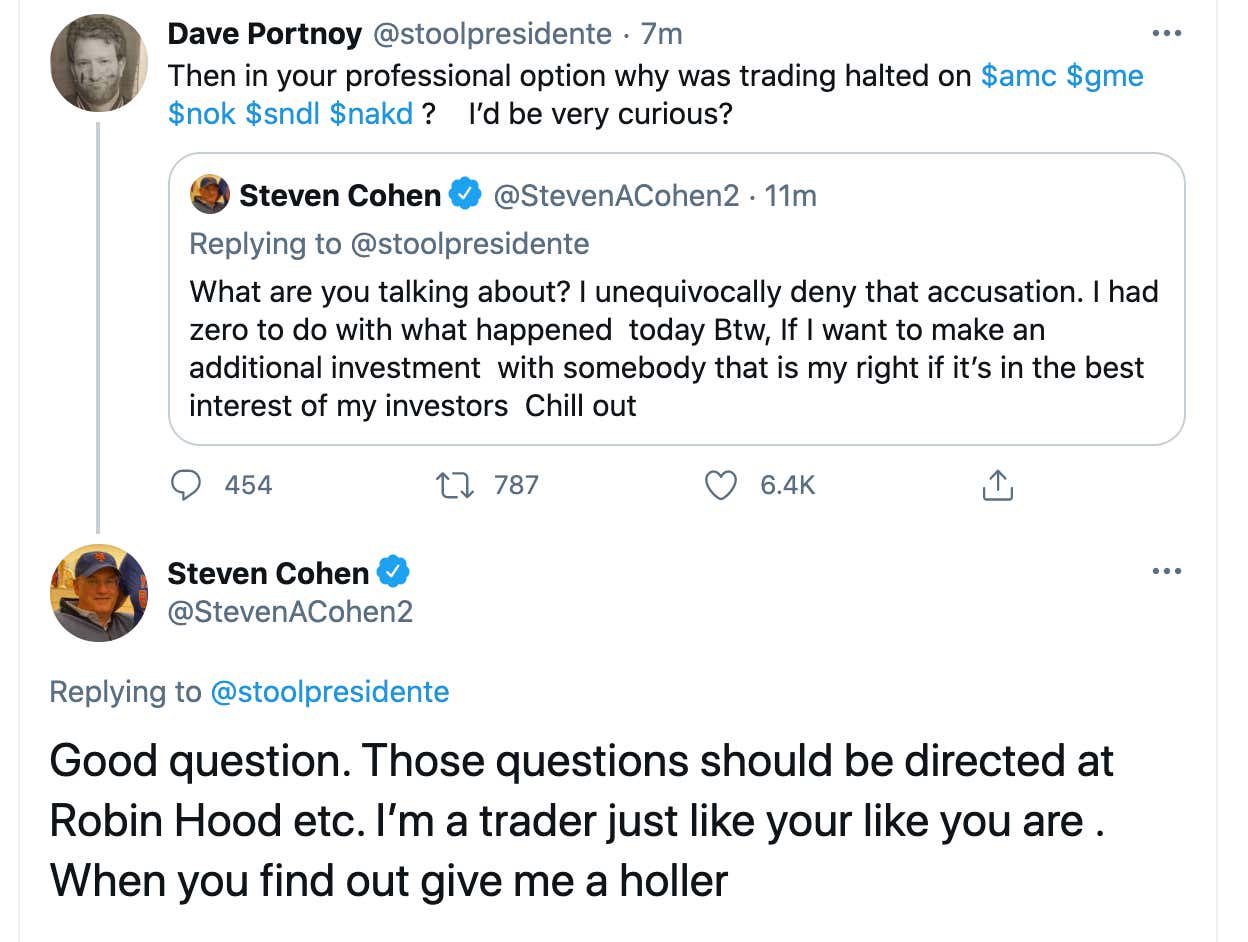 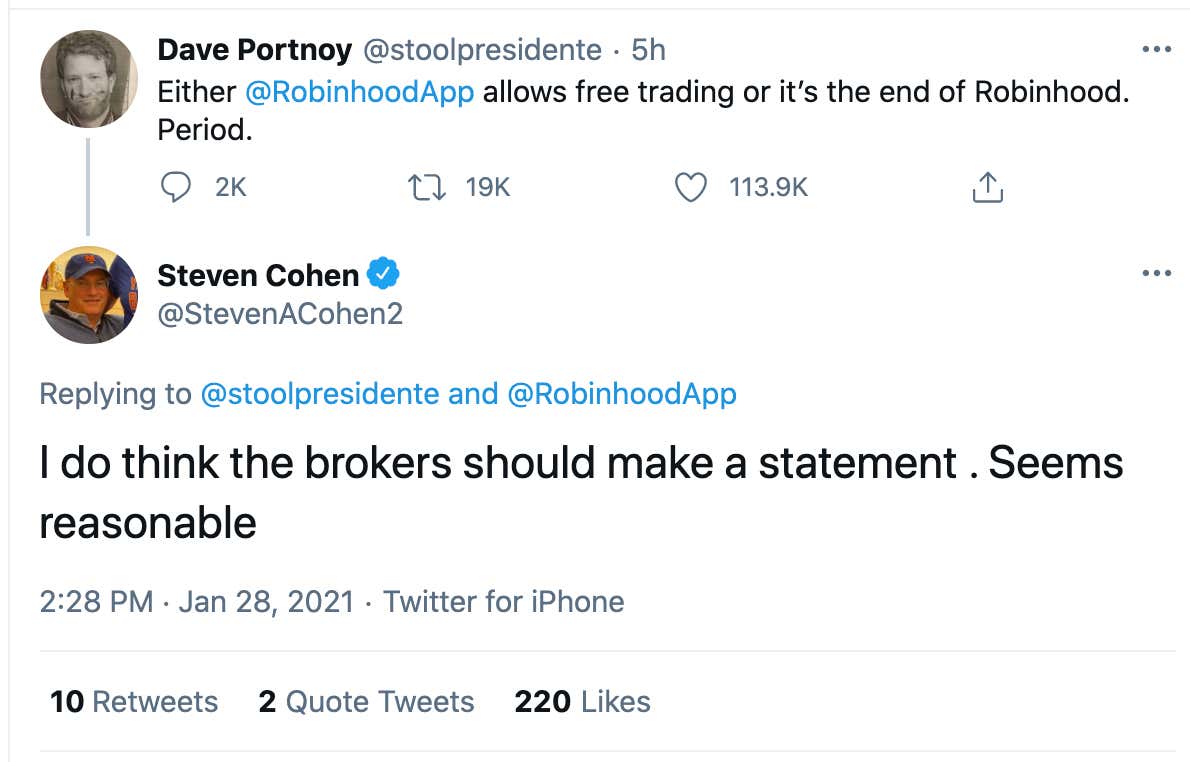 Don't let this guy fool you. He and the Mets need to be investigated and possibly punished.

-Steve Cohen is forced to sell the New York Mets back to the Wilpons for pennies on the dollar. The Wilpons would never be involved in a financial scandal like this.

-The Mets are kicked out of Major League Baseball entirely

-The Mets can stay in baseball, but they lose all their players. The other 29 teams do a draft of every player on their 40 man roster. First pick goes to the team that plays closest to them. Second pick goes to the team closest to them in the alphabet. So I guess the Yankees would end up with Jacob deGrom and Fransico Lindor that way? Wow didn't even realize that, but I guess it's the right thing to do.