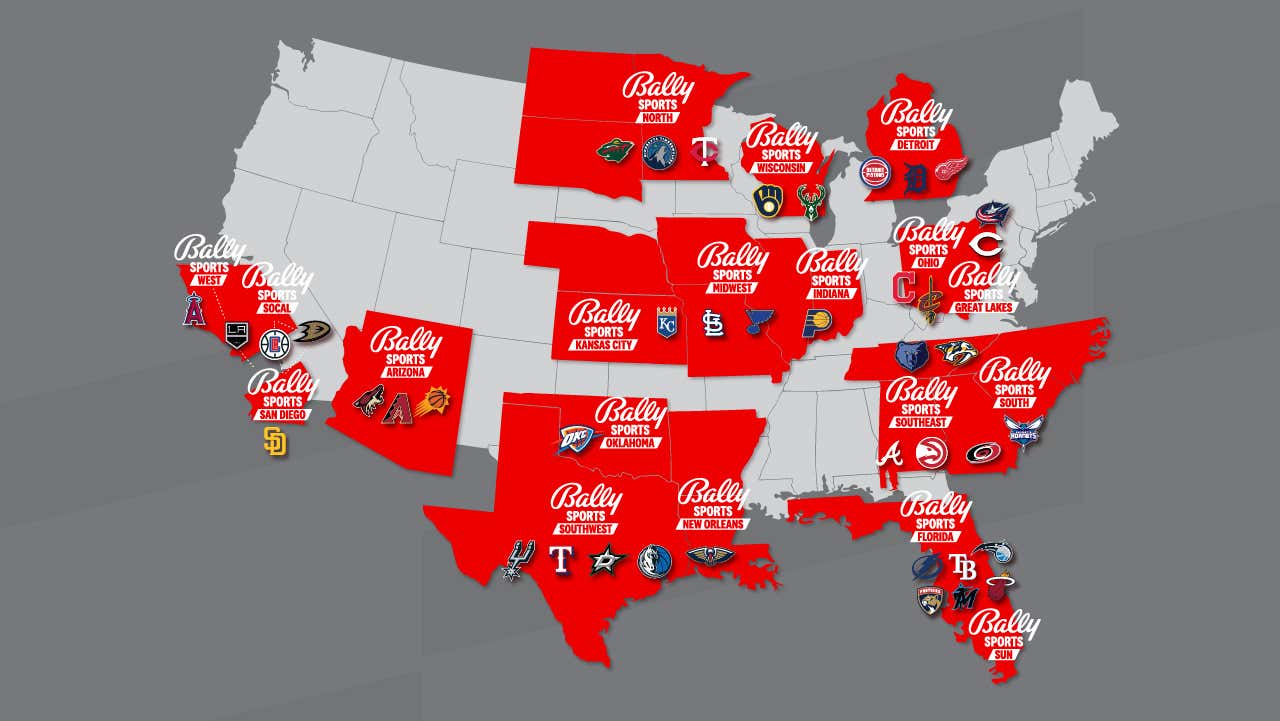 Sinclair Broadcasting is partnering with Bally Sports to re-brand its Fox Sports regional networks under a new name. That should be an exciting thing for both companies and an announcement should be a big deal, right? Well, to officially announce the partnership, the two brands collaborated on what I have decided has to be the worst map ever made.

The more I look at it, I think they were just trying to put all the logos of the teams covered by each network somewhere on there. But if you're going to have the Carolina Hurricanes in Valdosta, Ga. and the Charlotte Hornets in Savannah, maybe we just don't go with a map. And how hard would it have been to just put the Ohio teams in the right spots? They're just inverted from where they're supposed to be.

I'm simply astounded at this map. It's so horrible that it's actually amazing. I'm actually starting to think this was the marketing tool to get us talking about the new Bally Sports RSNs this whole time. You know what, I tip my cap.