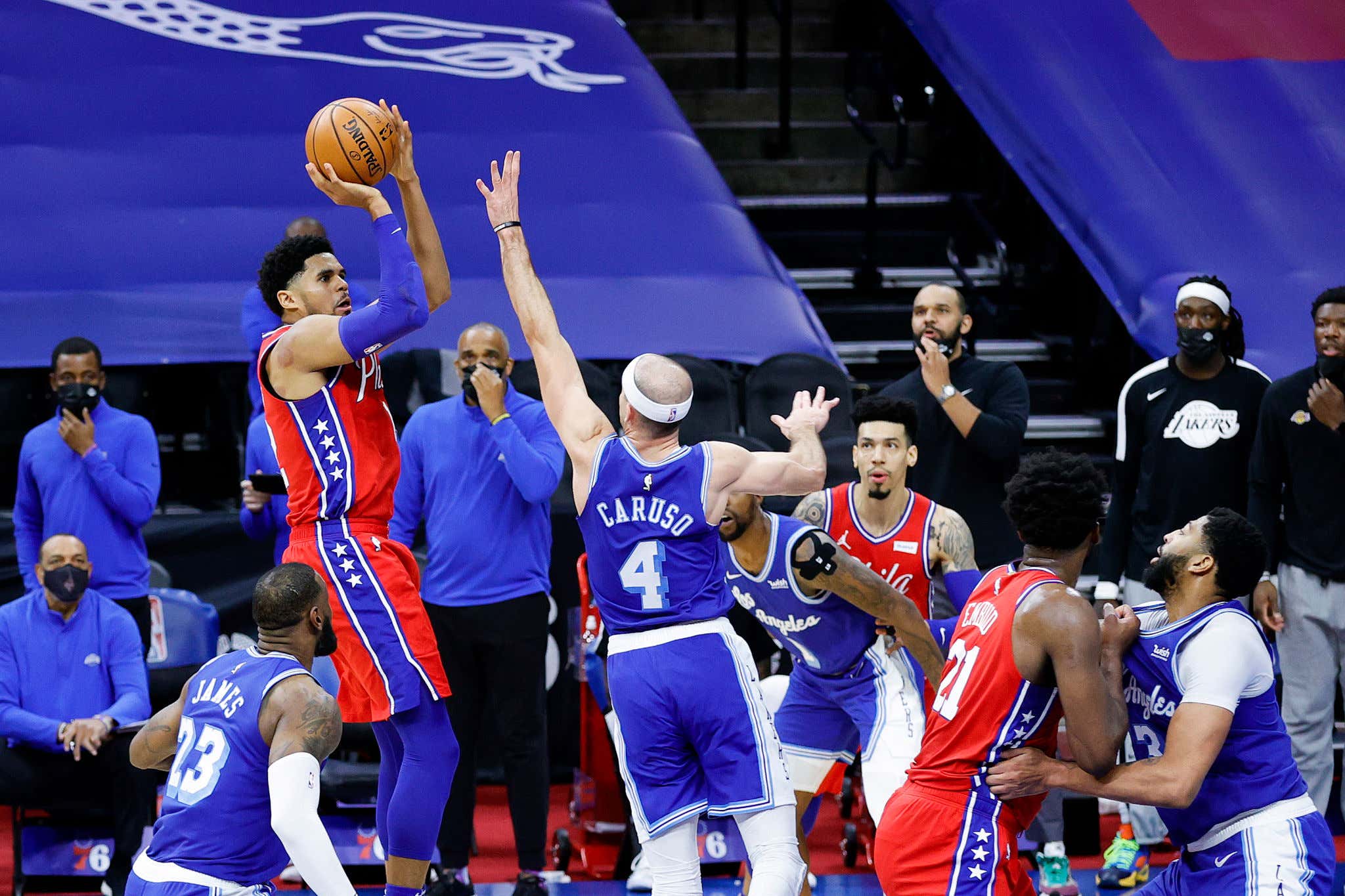 It's a movie we've seen a thousand times before. The Sixers build us up just to let us down in tragically demoralizing fashion. Last night's matchup against the reigning chance provided the 2021 Philadelphia 76ers Men's Professional Basketball Team to provide this city with one of those signature demoralizing losses. A loss in which you spend the whole game in the driver's seat, then you get up to take a leak, and by the time you get back to your seat on the couch this happens.

In a matter of minutes, that lead not only disappears but you've got LeBron going to AD to take the lead with 11 seconds left in the game. You think to yourself "same old Sixers". You chalk it up to yet another example of this team not being able to get it done when it really matters. A team that has all the potential in the world, just none of the execution to back it up.

And then just when you think this team couldn't possibly get any more disappointing, Tobias Harris goes out and does something like this….

AND TOTALLY REDEEMS THEMSELVES!

These aren't Brett Brown's Sixers. They're not just the same old Sixers who have ripped your heart out of your chest year after year after year now. It's the Doc and Daryl Show, and this show fucks. It fucks so hard.

Top team in the East and just took down the reigning champs. Not impressed with the Sixers after taking down the Celtics in back-to-back games without Tatum in the lineup? Then I guess taking down a Lakers team fully stocked with LeBron and AD just won't tickle your fancy either then, will it? I just feel bad for the Lakers who seem like they'll be without Anthony Davis for a while. He was Thanos'd to dust by Ben Simmons early in the 3rd quarter.

But yeah. Moral of the story is this team is a wagon. And when you're as loaded as the Sixers are, there's no need to ship every 1st round draft pick you own from now until the end of the century to Houston in exchange for James Harden. Need a guy who can come up clutch with a game-winning dagger? We know a guy.