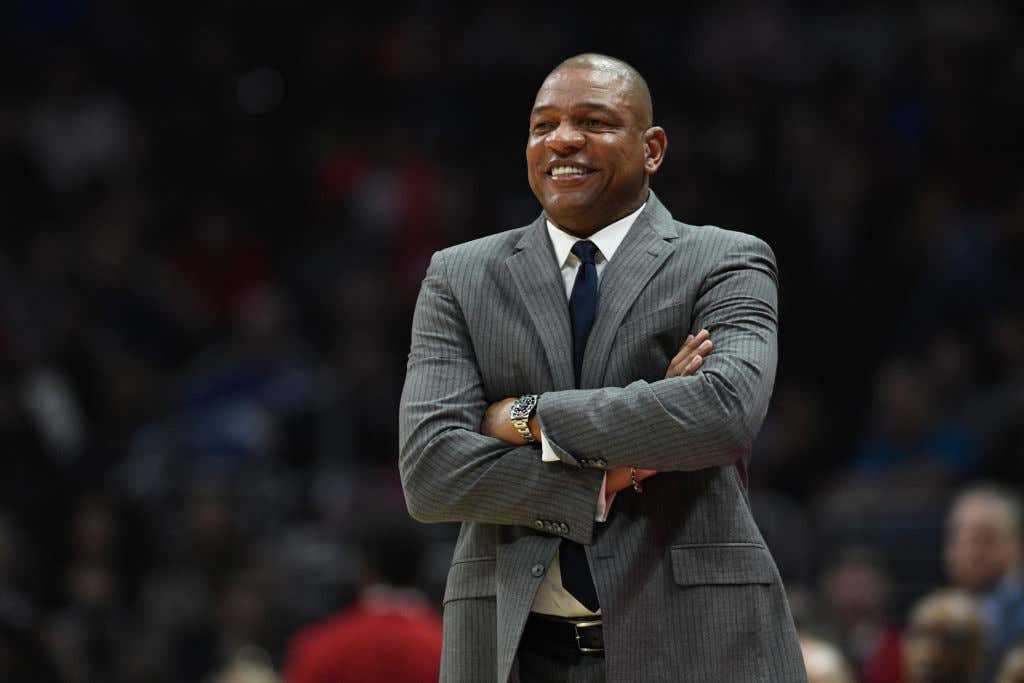 The Sixers are off to a hot start this year. They look as good as they have since 2001, when they made the NBA Finals against the Lakers. Tonight they play LeBron and the Lakers, an early season litmus test that should inform exactly how excited we should get about this season.

But I’m excited about the Sixers for a different reason this year, and it stems from their new coach Doc Rivers.

To understand, let’s take it back about 40 years.

My mom grew up in a suburb north of Chicago, the second oldest of eight children in a household obsessed with sports. Some of my earliest memories were touch football on Christmas or hours of shooting hoops in the driveway.

My mom’s older brother John had a relatively normal childhood until he was around 12 years old, when he was diagnosed with Torsion Dystonia, an incurable neurological disorder that causes terribly painful muscle contractions. Within some five years, the symptoms ravage the body, leave whatever poor kid has it in a completely debilitated state. Within years, my uncle John went from a happy innocent child, obsessed with stats and the Cubs, to having any normalcy in his life completely wrestled away by this rare, cruel disorder.

A couple years later, another uncle, Tim, was attending Marquette. Tim was 6’6 with a lot of heart, which made him the perfect candidate for Marquette basketball’s practice squad. He spent a lot of time in practice guarding one of the all-time great Golden Eagles, a young Glenn Rivers. In what might be a weird move, my uncle would later pass down his crusty, yellow nut-hugging practice shorts that he wore at Marquette, but like I said, our family loves sports.

Similarly, it’s no surprise that my uncle John was obsessed with that Marquette team. His old stat books and newspaper clippings from various games remained at my grandmother’s house until she moved a couple years ago.

So you can imagine John’s excitement when one spring day, unannounced, a 6’4, 210 pound frame crowded my grandmother’s doorway. There was Doc Rivers, future NBA star, an hour out of his way for no other reason than to spend some time with my uncle.

John was ecstatic. They sat in the front room and talked about basketball and life. Doc was generous and kind and it absolutely meant the world to my entire family. He had lit up someone’s life, not for any cameras or stories to be written about him, but because he was a good person with great character.

My uncle died from his disorder a few years after that, just six months after I was born, still in his 20s. I don’t know if Doc remembers that story. I didn’t even know about it until this year when he was hired and a third uncle, Leo, told me how pissed he was that he had missed Doc for baseball practice on that shining afternoon. But I do know that I will be rooting doubly hard for these Sixers this year, not only for the product on the court, but for their coach’s character off of it.