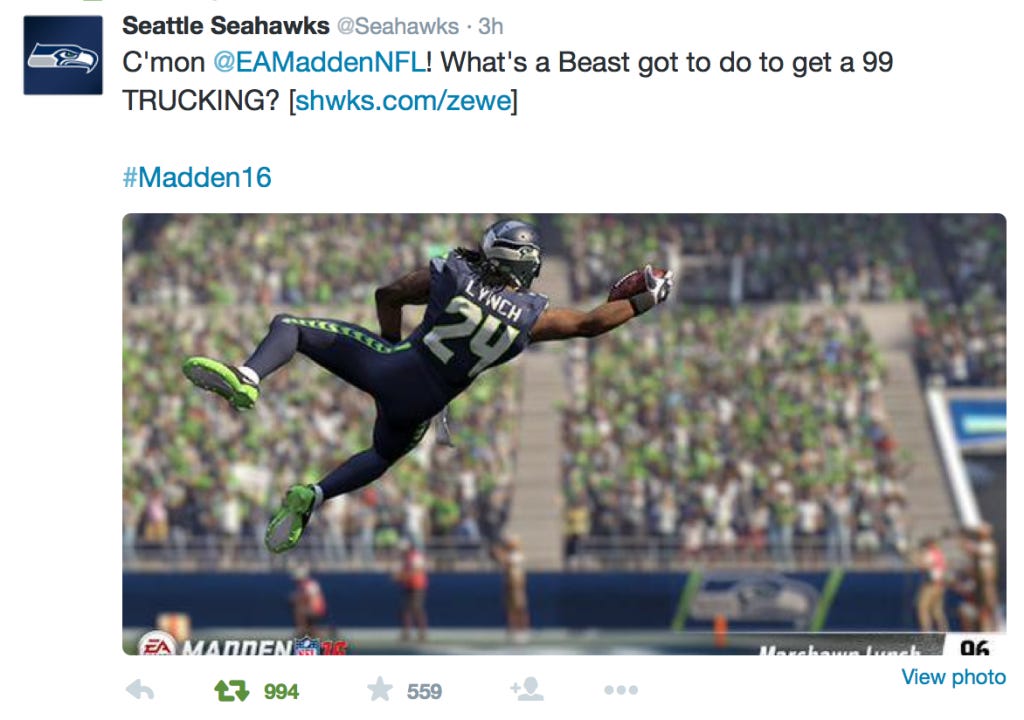 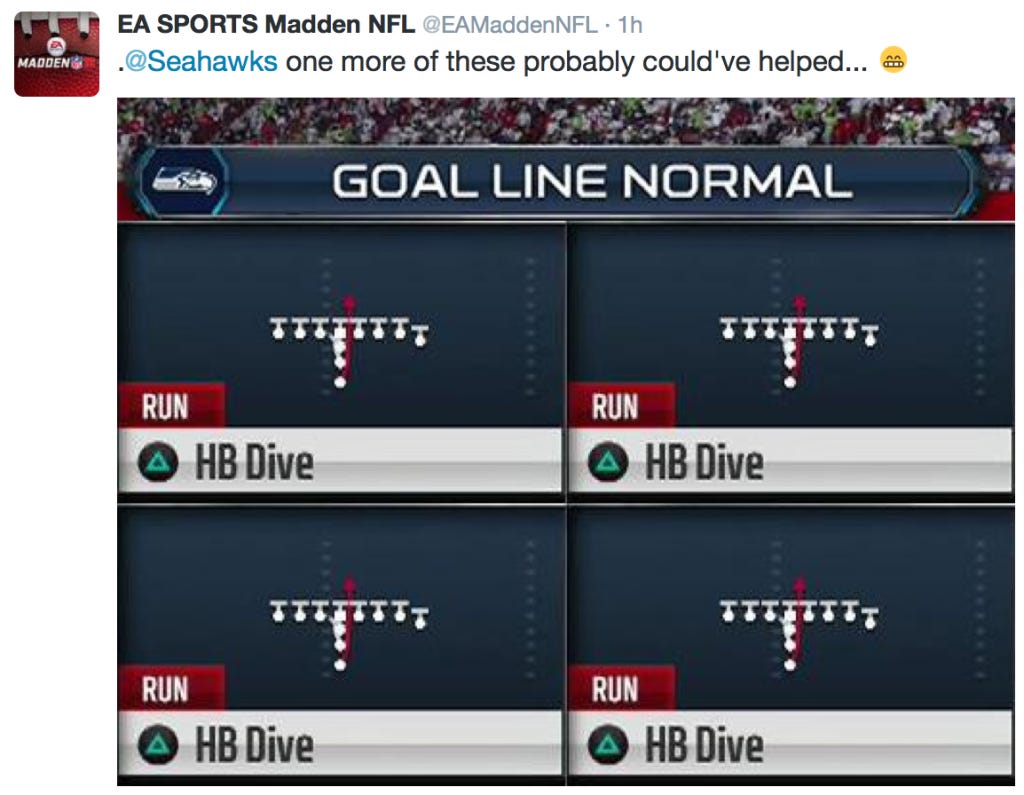 “Hey Seattle, if he was so good at trucking you wouldn’t have passed the ball on the one and lost the Super Bowl”

For the first time ever I maybe feel bad for winning the Super Bowl. The Patriots didn’t just beat the Seahawks, they destroyed them. They’re dead. New England ended their lives. It’s been one embarrassment after another for Seattle this offseason. Pete Carroll is still a 9/11 truther, Marshawn Lynch’s biopic was so bad that it just straight up didn’t get released, Russell Wilson isn’t fucking his smoke girlfriend who loves to fuck because god told him not to, and now they’re getting EVISCERATED by video game Twitter accounts. Poor 12s. Get ready for an 0-16 2015 because there’s just no coming back from this. You suck, your lives suck, your children’s lives are gonna suck, and it’s all because of the New England Patriots.