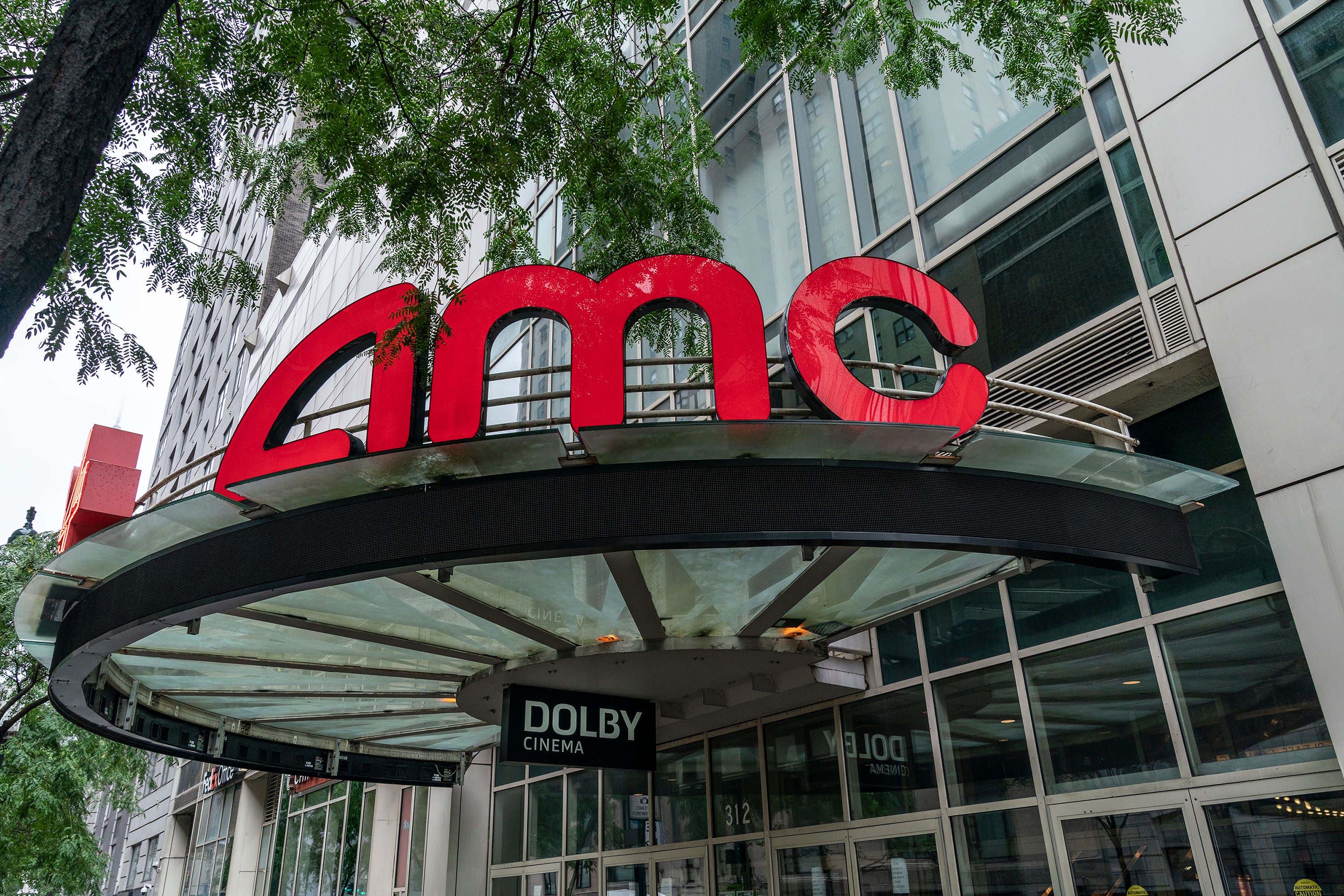 Unless you live under a rock (and if you do, I'm very jealous), you are aware the stock market has gone full psycho mode the last week or so, headlined by GameStop (GME) taking off to unheard of heights for a company as, well, as worthless as it is. The basics are simple- Wall Street shorted it, and Reddit users (mostly the Rs and As over at WallStreetBets) realized they can fuck over Wall Street by buying it, and it worked. Now GME is at ridiculous levels and a hedge fund lost $13 billion yesterday. Score one for the little guy.

As it turns out, the common man can beat Wall Street and the hedge funds and the suits by fighting back against stocks they shorted. So they did a tiny bit of research and found some other stocks to go in on. BBBY, BB, KOSS (up like 200% today lol), and AMC.

And that's where I enter this equation.

You see, I hate missing out on free money. GME was free money and I never took it. I got wind of this whole thing when it was at 50 and thought I might be too late. Idiot way of thinking. It's interesting how EVERYONE has that way of thinking, like it's somehow programmed into our brains that we are always too late on investments. Remember when BTC went to $10k and everyone thought they were "too late"? Turns out, usually there never is a too late, but it's a hard mental hurdle to leap.

So not wanting to be left off this wild wide of taking down the institution, I loaded up my brokerage account to pile it all into AMC. And then I got cold feet. So instead of piling, I put in about 25% of my usual amount in to AMC, and then sprinkled some around in other places. I generally do decently investing, some misses but mostly do well and stay diversified. Also it's a shame they teach you at a young age to put money in a savings account. Why don't they ever teach you about ETFs or even better, about Apple stock? Just put all your money in Apple like Forrest Gump and you never have to work a day in your life again. Or PENN. Don't forget about PENN. Great company. Great people.

So anyway, I put some into AMC at $5.05. And I go god dammit, we're trying to get RICH. Scared money don't make money. No gamble, no future. So the market closed, and it started going up after hours and I really didn't want to miss out on the next GME wave. So I put more in at 6.83. And it kept going up. And I said "shit, they are begging me to take free money". So I woke up for premarket and put the most I've ever put into a stock at 10.75 and again at 11. I was all in, some might say.

Shit went nuts. Down, down, down. Halted. Back up a smidge, and down more. Halted again. It was madness. Nobody could buy, nobody could sell. It was nuts. I was in at 5 and 6 and couldn't even sell if I wanted to! The Robinhood traders were shut out! The suits were changing the rules on us on the fly to try and keep us down. They did not want to see a repeat of GME. They were threatening to completely cut off trades if they suspected the volume came from Reddit. I think this tweet says it best:

As the old saying goes, not so fun when the rabbit got the gun. Nothing illegal is going on. There's nothing illegal about people deciding to buy a stock. Wall Street doesn't seem upset when r/WSB goes all in on a losing stock. But now that they figured out a way to beat the system (and I mean BEAT THE SYSTEM! Some threads over there are amazing, turning $10k into high six-figs+), all of a sudden the old heads are crying in their Cheerios.

Remember how mad Wall Street was at Dave when he was pulling Scrabble tiles from a bag to buy stocks? Now they are fucking furious that everyone else has realized we can buy stocks too and will do anything to stop us. It's absolutely insane. 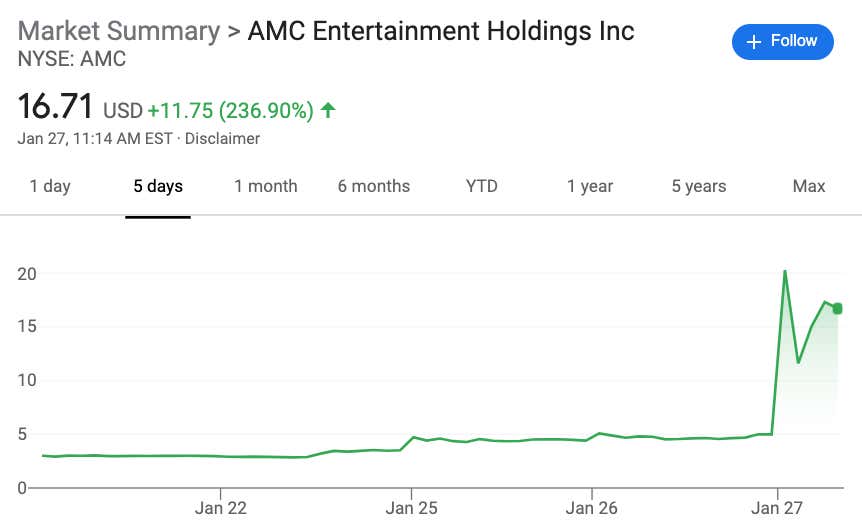 Not too shabby. Did I get fuck-you money? I did not. But that's ok. GME took a few days to gather steam, hopefully this will too. And if not, at least I had 6 heart attacks watching it, so I'll always have that.

PS: Don't listen to anyone at Barstool for financial advice. But also, we are weirdly never taught about basic investing growing up. We're told to just put our money in a savings account. That is terrible advice. Learn about safely investing your money. It should not all be sitting in a .01% interest savings account. There are much, much better places for it. As my 11th grade sociology teacher said, "don't work for your money, have your money work for you".