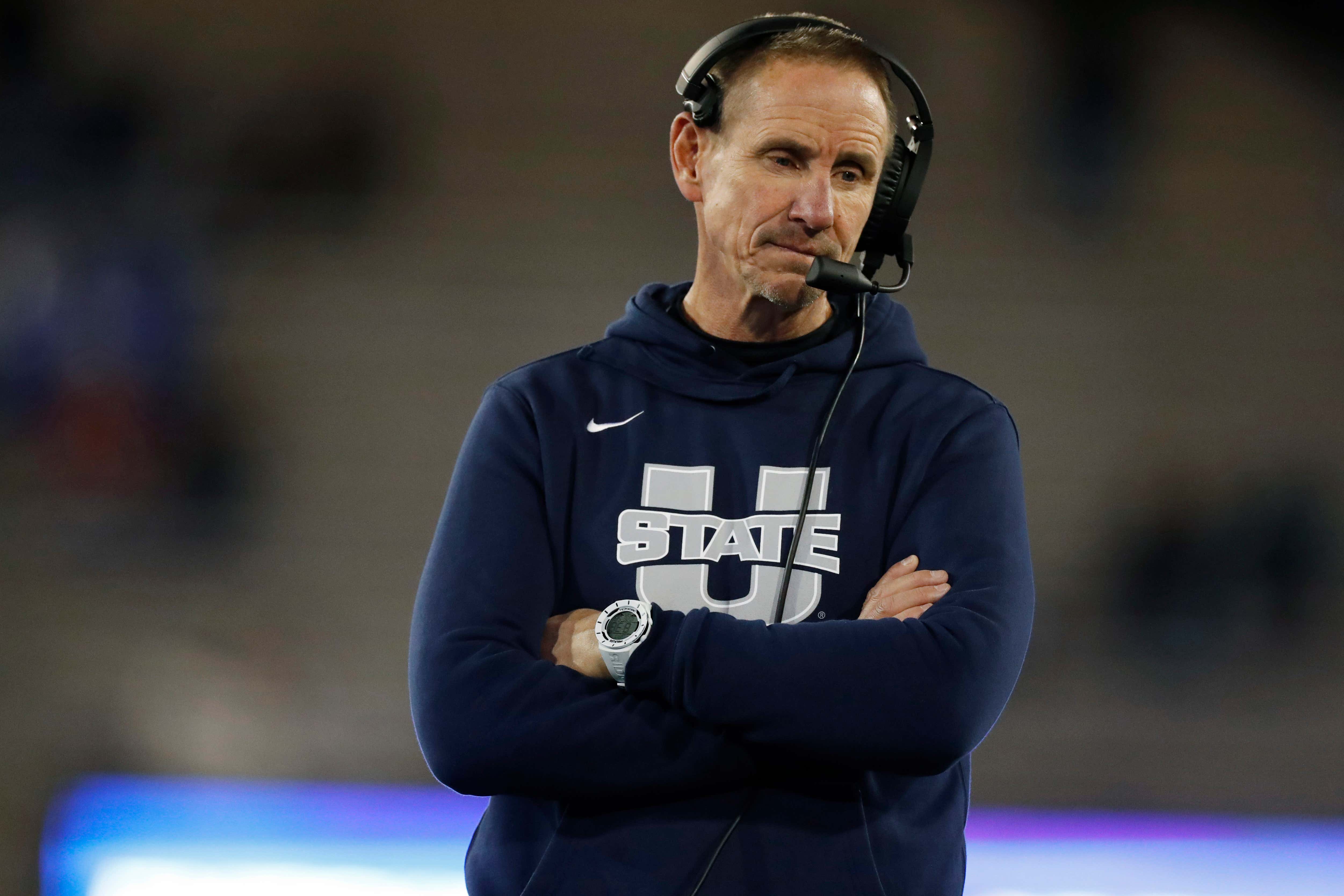 Gary Andersen was fired early in the 2020 season, when Utah State opened up 0-3 with a loss average of over 28 points per game. It was his second stint at Utah State — gamblers probably remember his first was the 09-12 stretch where Utah State was blowing people out, going 11-2 and breaking the top 20 in both polls.

But it's a what-have-you-done-for-me-lately league, like every league in sports always has been and always will be. It was a routine we see pretty much every day — fire the coach, keep the boosters happy and show the fans you're doing something, and let the coach take his buyout and hop back into the carousel that will deliver him to his next gig.

…Before he disappears from the public, there are some things that should be said. Here’s what he will not say publicly and that very few know about Andersen’s departure from Utah State. It deserves its own paragraph …

He has refused to be paid the balance of his contract.

He told the school that wasn’t his style; don’t bother paying him what he is owed. He had three years left on his contract when he was fired in November 2020, at $900,000 per year.

He’s walking away from it.

This came via two sources; Andersen did not want to comment on the matter publicly. (Deseret.com)

Andersen signed what's called a separation agreement which releases USU from needing to fulfill the contract.

Just said no thanks, I didn't earn that, you keep it.

For comparison with the rest of college football:

This just isn’t how things are done in college football. Tom Herman, who was fired by Texas earlier this month, will collect the balance of his contract through 2023 — reportedly worth between $13 and $15 million. His staff will continue to receive another $10 million. Buyouts are the norm in big-time college sports.

Auburn fired head coach Gus Malzahn, leaving the school on the hook for a buyout of $21.5 million.

Just two years ago Arizona fired Rich Rodriguez with a buyout worth $6.3 million.

What if I told you that's not the craziest part of this blog you clicked on about Gary Andersen turning down 3 million bucks?

…it's not the first time he's done it…

…and not the most amount of money he's done it for.

When he abruptly quit as Oregon State’s head coach in the middle of the 2017 season with four years left on his contract (counting a one-year extension), he walked away from a reported $12.6 million. According to a former OSU employee, Andersen quit because he no longer believed his staff was capable and that to succeed he would have to start over completely with an entirely new staff; that was not an appealing option.

Andersen and Scott Barnes, who was the athletic director at both USU and Oregon State when Andersen coached at those schools, both concluded that the coach was not going to succeed at Oregon State and agreed to a mutual parting of ways. That meant that Andersen could have collected the balance of his contract, but Andersen signed an agreement — as he would do at USU — that absolved OSU of paying that money.

“How could I wake up every day and look at myself in the mirror knowing I took money from the kids in that program?” he told a colleague, believing the money could be used for things that would benefit the players.

HOW?! How could you wake up and look at yourself?!?  It's so easy! You just open your eyes,  yawn, scratch your balls, look in the mirror, wipe the crusties out your eyes, and look at the laptop open to your bank account with $15 million in it! 1

Between the Oregon State and USU jobs, he’s left about $15 million on the table — enough to set up him and his family for life. That’s not even considering the money he could earn if he continued to coach; he could certainly land another high-paying job as a defensive coordinator (a position at which he excels), and possibly another head coaching position.

His next move is "coaching some summer camps and working with the youth."

Oh and “Actually taking Stacey (his wife) on a January vacation,” he texted earlier this month. “That’s something we have never done! :)”

Really hope, for his sake, he ran the whole "pass up 15 milli" plan by Stacey first, or that vacation is gonna be rough.

1 I understand this would be split up among investments and assets and high-yield savings -- that doesn't flow as well in the sentence. It's poetic blog license.

Also Andersen doesn't seem like the wisest manager of money so who knows maybe he does let it all sit in his Wells Fargo checking.