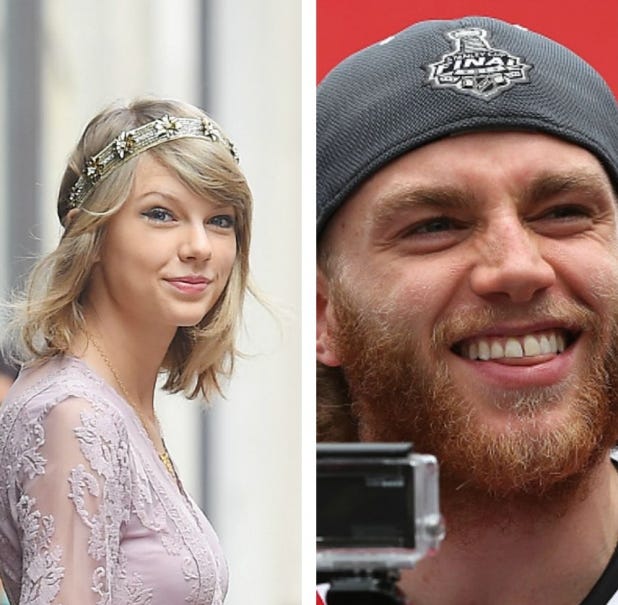 (Source) Another, rather topical story: rookie Kane lost his guy on the backcheck, leading to a goal against. Savard yelled at him that he must have been distracted, looking at two pretty blonde girls who were sitting behind the bench. After the game Kane was late getting to the team bus because he was talking to the same girls and got yelled at again. The next day Kane went to Savard’s office to give his defense: “You know who the two girls were? One of them was Taylor Swift.” Savard still didn’t know who Taylor Swift was and had to ask his wife.

And these are the stories you can tell when you’ve won 3 Stanley Cups. That has to be the single best part about being Patrick Kane right now, absolutely untouchable. Maybe back in the day there were questions of his maturity and focus (ok there were), but now he’s a 3 time Stanley Cup Champion and with that comes the ability to tell stories like this one. The time he was caught looking at T-Swift in the stands and let in a goal. And for the record, no chance Taylor can handle Kane. That fake nicey nicey stuff only gets you so far in life (it’s actually gotten her super far, like a billion times farther than I’ll ever go).

PS
While we’re on the Hawks, not sure if I’m impressed or dismayed by the farmer that did this to his crops. Think a little bit of both? 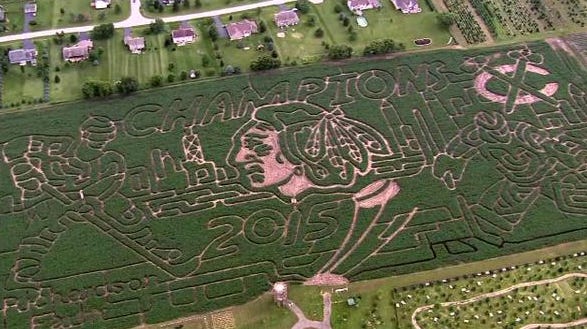