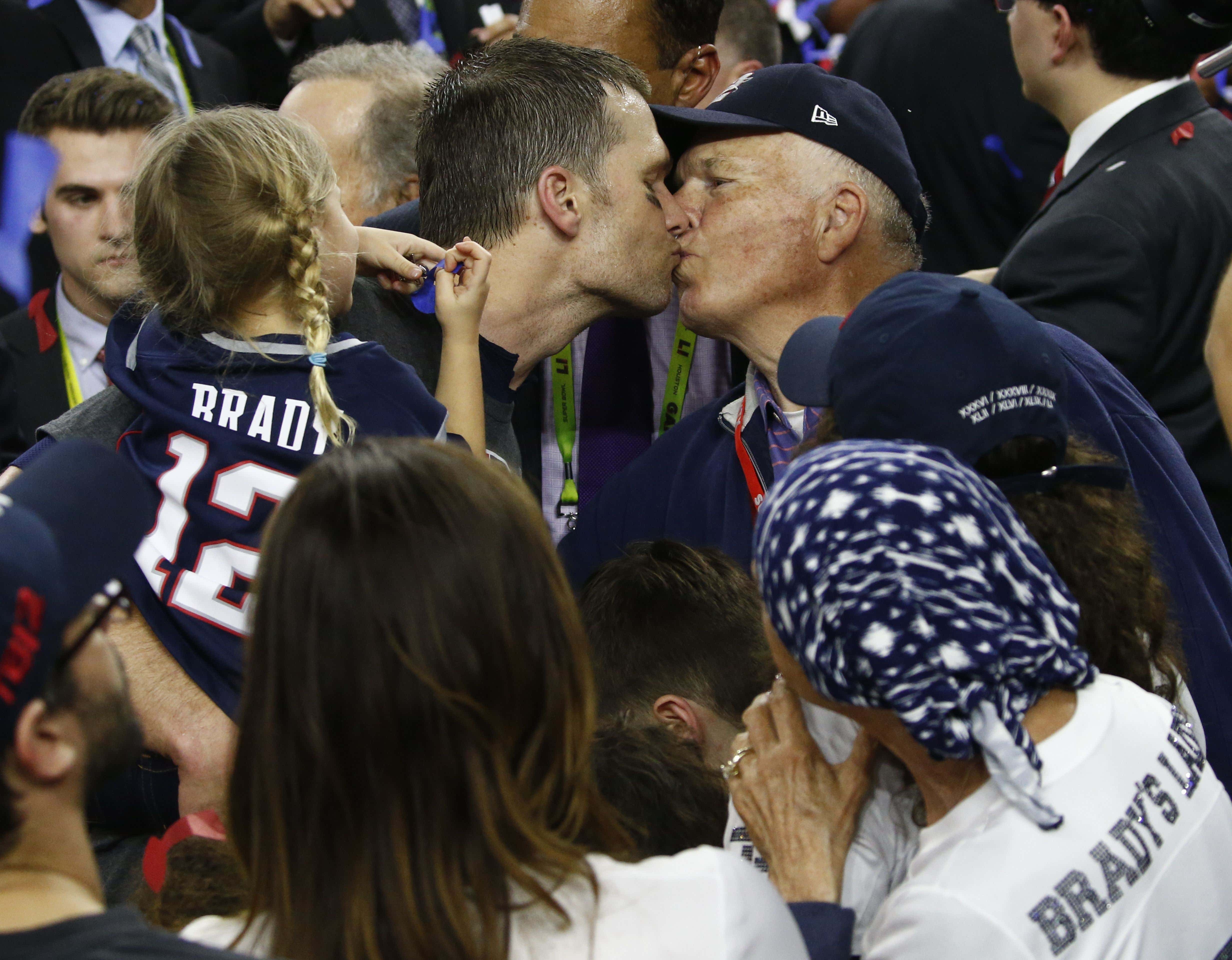 It seems like a lifetime ago that Tom Brady was, to put it mildly, struggling with the Buccaneers offense. Go back to the first couple of weeks of the season, when the Bucs were 1-1, he had three touchdowns but three picks to go with them, plus a couple of fumbles and three sacks and his passer rating was south of 80. It was logical to assume the problem was adjusting to a new system, a new environment and a new group of teammates coming off an extremely limited offseason for a preparation junkie such as himself.

Those were my assumptions. Until a source who knows Brady reached out to me and pointed out something I'd missed that wasn't reported. That his parents were not at any of the early season games. I guessed why. And what I learned made me back off the criticism and any conclusions things wouldn't get better for Brady. But when you're talking about someone's family's health, you have to keep that to yourself. If not to comply with HIPAA, just to protect their privacy and possibly save your own soul.

But finally the full story has come out, courtesy of Tom Sr. on Mike Greenburg's podcast.

“I didn’t even care if they were playing much less missing the game, he added. "It was a matter of life and death, just like anyone who goes into the hospital. It was serious stuff. Tommy fought through it and now it’s in the rear-view mirror. We’re healthy, we’re happy and everything is good.”

Ruminate on that for a moment. When Tom Jr. was going through Deflategate, the world was tearing apart his reputation like a school of piranhas, he spent an offseason going in and out of federal courts and finally took his suspension, his mother was going through cancer treatment. In fact, part of the reason he dropped his appeal was the toll his legal fight was taking on his mom. And by accepting the four games off, he was freed up to go visit her on the West Coast. And the result was he came back, went 11-1 the rest of the season and 3-0 in the postseason to win his fifth ring.

Then this year starts and both his parents, who are in the highest risk population there is due to age and pre-existing condtions, come down with the Covid. He had that on his mind as he attempted to reboot his career. And all he does is win his last seven games, including three straight playoff games on the road, the last of them against Drew Brees and Aaron Rodgers. Somehow Brady the Younger was able to summon his superhuman compartmentalization powers to focus on his parents one minute, his own wife and kids the next, and then assume control of the Buccaneers offense, coaching it up to the rest of his team at the same time. Another incredible accomplishment in a life and career full of them.

And it would seem as though Brady the Elder is back all the way from his health scare, because he gave another interview to the Boston Herald, where he threw roses at ownership and major amounts of shade at the head coach.

Patriots owner Robert Kraft … reached out to Brady after the win [at Green Bay]. Brady Sr. spoke fondly about Kraft, and his relationship with Tom.

“Robert’s been a spectacular owner for 25 years. He is sincere in his feelings for Tommy when he expresses his feelings, and it’s vice versa,” said Brady. “Tommy feels the same way with Robert Kraft. He has an extraordinarily close relationship with him. I know Robert is rooting for Tommy right now. As I know Jonathan, Danny and the whole family. There’s no question about that.”

I have so many mixed emotions about this. As someone who also has an extraordinarily close relationship with RKK, I can totally appreciate what he said about the Kraft family. As a dangerous, radical, pro-Belichick extremist, I hate it. As a father, I can relate. And as vindictive person myself, I respect the hell out it.

As much as I want to jump in front of these verbal shots fired at Belichick, if one of my sons had gotten fed up with a coach, a teacher, a commanding officer, a professor or a boss who he felt had done him dirty and finally got himself out from under him, I would be unambiguously on his side. Any dad would. In fact, in the case of coaches, it's happened. And it doesn't matter if your kid is in Mites football or the best that's ever played, the emotions are the same.

But more to the point, if I'm being perfectly honest if the Bucs went 7-9 with 12 touchdown passes on the season and Belichick was preparing for the Super Bowl, we Massholes would be insufferable about it. More so than usual, I mean. Not dumping on Brady per se. He's given us too much to ever deserve that. But for sure we'd be saying he regrets leaving. And no one would be saying it louder than me. "He's on a little bit of a hot seat right now" would be the least of it.

So of course Tom Sr. is spiking the football at the moment. Who wouldn't be? He said for years that eventually it would "end badly" in New England, and he was right. Except it ended on his son's terms, not the coach's. So he had every right to gloat. The question remains whether his son feels the same way. And the only logical assumption is, he most certainly does. He's just too careful to say it. Now, as always, if you want to know what the younger Brady is thinking, put a microphone in front of the elder Brady.

Hate it if you must. But you still have to respect it. History is written by the victors.