As you might know, our own Billy Football is fighting Jose Canseco (still a remarkable thing to type. I mean it's Jose Canseco. Crazy.) at the upcoming Rough N Rowdy, next Friday live from West Virginia.

And then in the other corner you have old, formerly athletic, psychopath Jose Canseco. What Jose lacks in mobility he makes up for by having the arms the size of tree trunks.

And name drops in Liar, Liar.

I say all of that to say this- early reports have bad news for Billy Football.

To which Jose replied:

For background, Caleb has been out in Vegas this week at the Canseco training facility, covering the fight as only he can.

So as a professional journalist myself, I reached out to Caleb for comment about his faith in Billy leading up to the fight. The results, they might shock you: 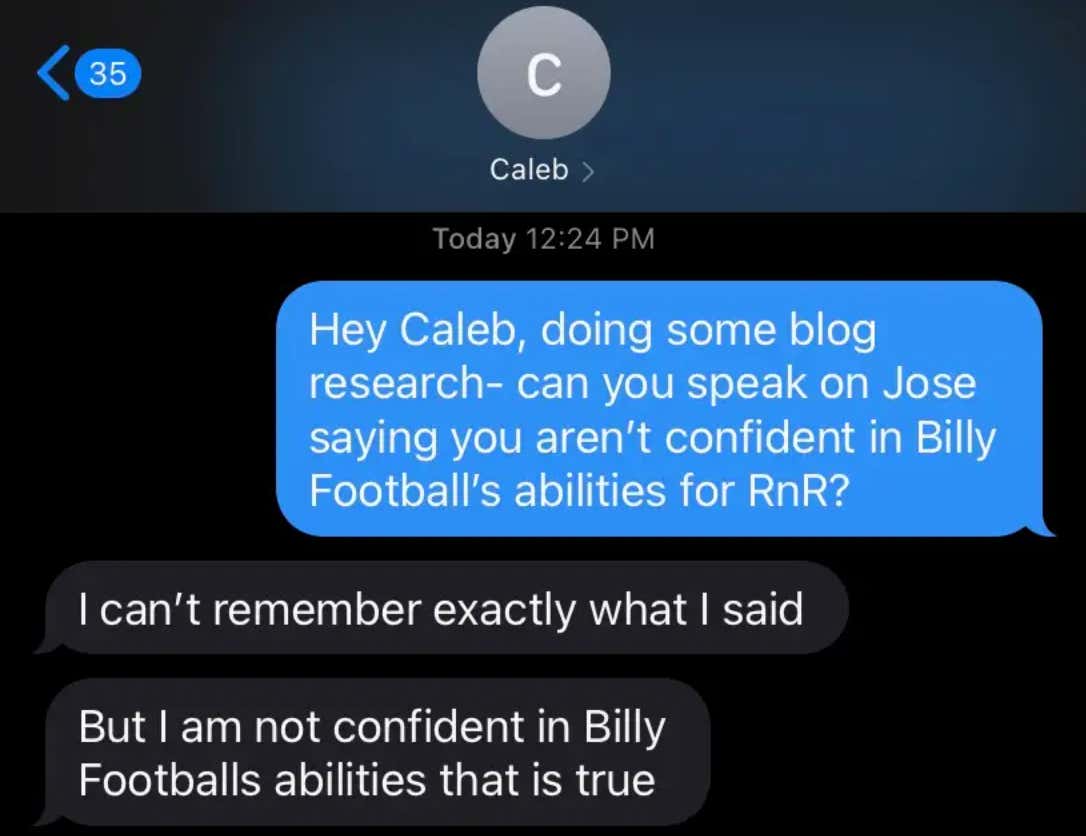 So the reports are true. Apparently Caleb saw something in Jose's training that makes him very worried for our young Billiam. Yikes. 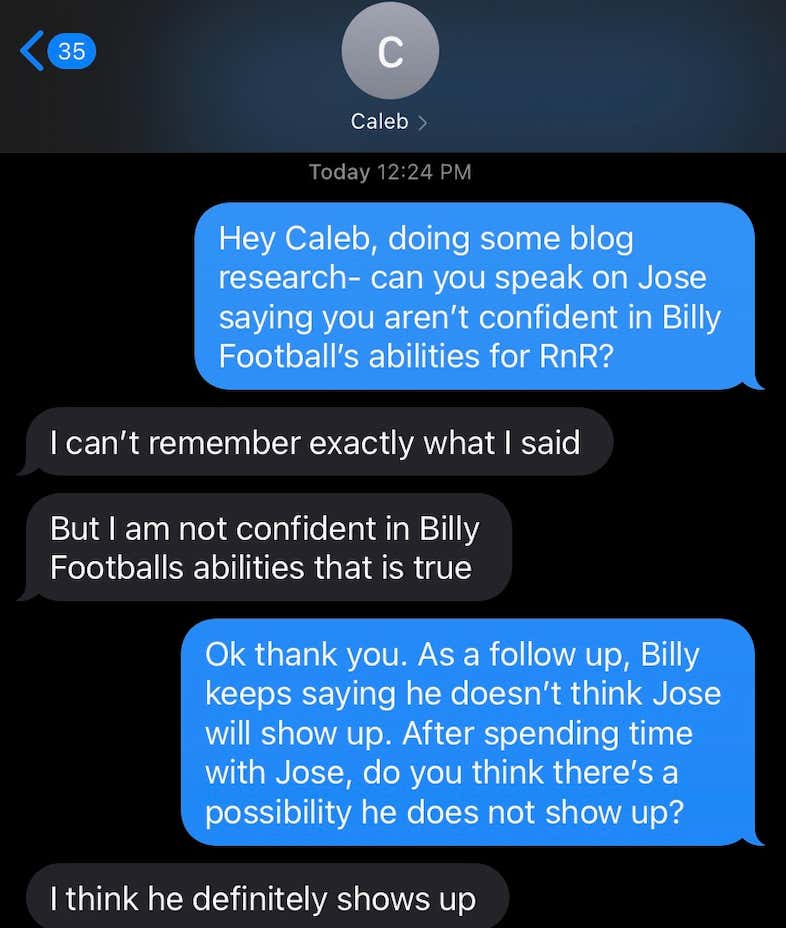 Caleb the true professional he is, wanted to tell everyone one last thing: