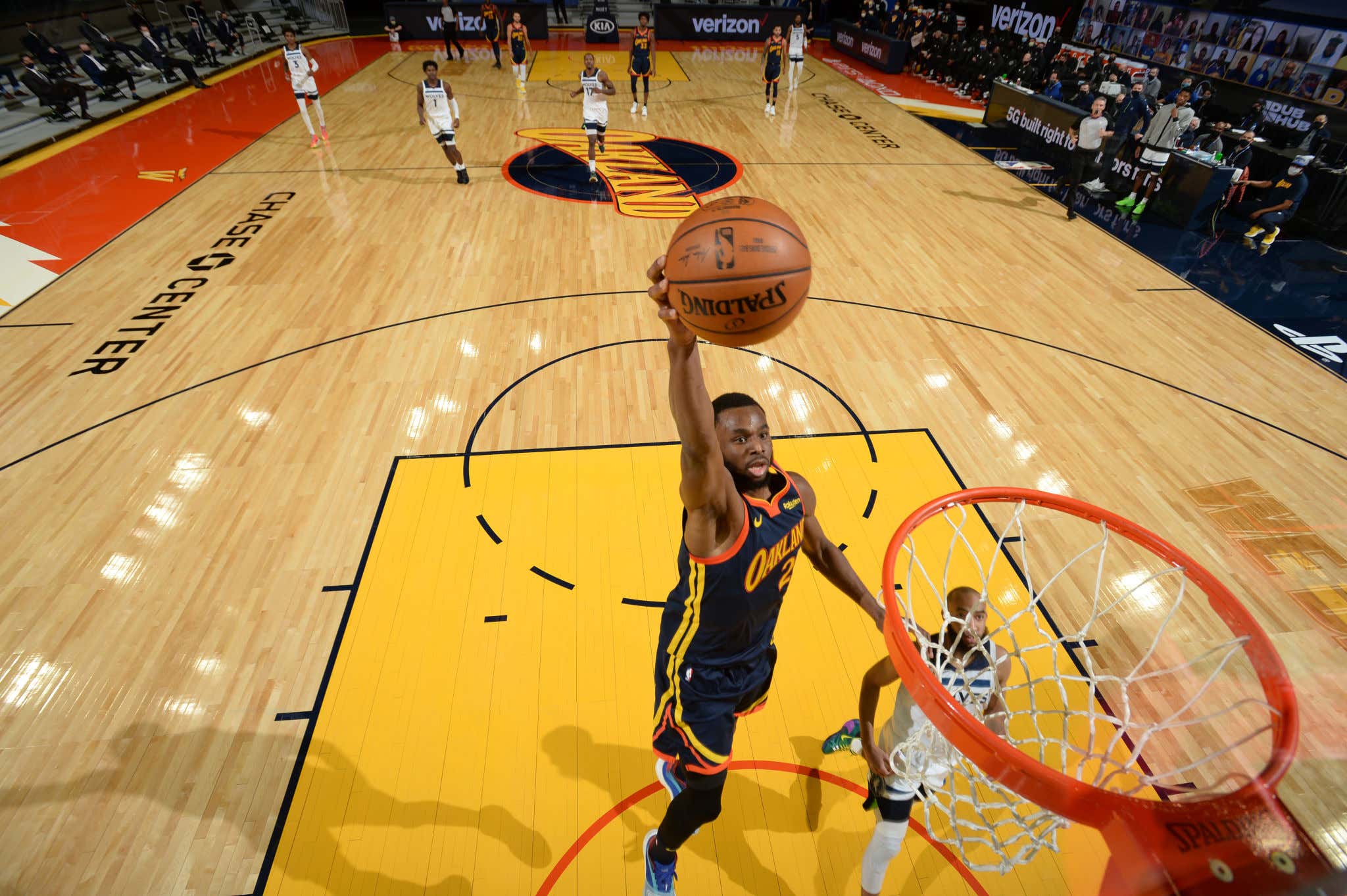 I have a soft spot for Timberwolves fans and probably always will. Really it's Minnesota sports fans in general, but the Timberwolves especially. Without them, I probably wouldn't have seen my favorite team win an NBA championship. I also have a lot of college friends from the Twin Cities so I've been able to witness the type of sports pain they feel year in and year out when it comes to the Wolves. Shit, just take a look at Deke's recent thread about their draft history. I feel for them.

So it's only fitting that their sports pain continued, only this time it came at the hands of Andrew Wiggins. I think it's fair to say that a big percentage of Wolves fans were pretty much over the Wiggins era. He was good, but never improved. Never took things seriously. He would score, but it wouldn't be efficient and then he would immediately give up all those points on the other end. Considering he was traded for one of the franchise's best players, that was unfortunate. I don't think it's a stretch to say he never lived up to his hype while in MIN.

Then enter the Warriors and last night

As if Wolves fans aren't already dealing with enough pain and suffering, now they had to witness their guy give them the absolute business in a blowout loss. Not only that, but Wiggins looks revitalized this season. Did you know he's shooting a career high from the floor (46%) and from three (40%) with 2.1 3PM a night? It sounds crazy to say, but he's actually showing some life on the defensive end too! It's not great, but it's certainly better than anything be ever did as a Timerwolve. Look at those highlights and tell me that isn't a guy who is taking steps as a defender.

You forget that Wiggins is only 25 years old because it feels like he's been in the league for decades, but it's true. He showed these flashes in his 12 games as a Warrior last year, but he's come back even better than expected this year. Almost like a change in scenery and a guy going to a winning environment with true leaders like Draymond and Steph can make a difference in a player's development. That's what has to sting as a Wolves fan. That performance from last night is all they ever wanted from Wiggins. Maybe it's more a role thing, and now that he doesn't have to be THE GUY in GS he's able to thrive in this supporting role. Maybe he's just actually improving after all those years of not giving a shit.

But that just goes into the pain of MIN sports. All of these guys figure shit out after they leave. To rub extra salt on the wound last night, there was also James Wiseman, you know, the guy they maybe should have picked #1 who came off the bench and gave them the business too

We all know what happens next right? We're probably a year or two away from the KAT trade demand and if recent NBA history tells us anything you can bank on him getting moved despite having years left on his extension. It's a vicious cycle for Wolves fans that I don't know how they break. There are a few tortured franchises in the league, but I'm not sure the Wolves don't top the list. They are like the G-League for the rest of the NBA when it comes to their best players. It's wild.

But hey, Anthony Edwards had this sweet ass dunk, so there's always that