I mean total clown move and everything. But still. It's not every day you see a flying torpedo hit against a guy wearing #69 turn into an all out bench brawl in a random beer league game in Wisconsin. Something like this probably hasn't happened in at least 50 or 60 years. This is a once-in-a-lifetime type of brawl we just witnessed.

Here's some context provided by Thos25 on r/HockeyPlayers.

This happened in my beer league (not my team though, fortunately). Guy #1 got upset and took an opposing players stick and started skating to the bench. You can see him with 2 sticks shortly into the clip. Guy #2 didn't take too kindly to that, and torpedoed himself into Guy #1 on the bench.

Okay so we can all agree that the dude going full kamikaze here is an asshole. But I mean…you can't be going around taking another player's stick in beer league. Because for plenty of beer leaguers out there, they are one lost or broken stick away from permanent retirement. It's not like high school where mommy and daddy can buy you a new stick. It's not like college where your club team has some discount deal going where you can get a new twig on the cheap.

These are beer leaguers who all have to pay to play one game per week at 10:45 at night before having to wake up at 5am the next day to clock into work. As soon as any piece of their equipment is done, then so are they. So you take a guy's stick, he's going to be looking to take your life. Especially considering he probably already has all that pent up frustration of his boss being on his ass all week, his wife filing for divorce, and his kids not respecting him. Every beer league hockey team has at least one powder keg who is ready to blow. This psycho just happened to be nuclear.

So yeah. Kamikaze torpedo may have been a reckless decision. Especially considering it didn't look like he had the full support of his teammates. But this dude just saw his beer league career flash before his eyes. I get why the wires would cross. Just maybe next time stick to a buttend to the nuts next time you're battling in the corner to send your message. Chances are buddy isn't going to have a next time, however, because he probably got hit with that lifetime rink ban. Tough way to go out.

Sidenote: This team has at least 4 different guys wearing 69. 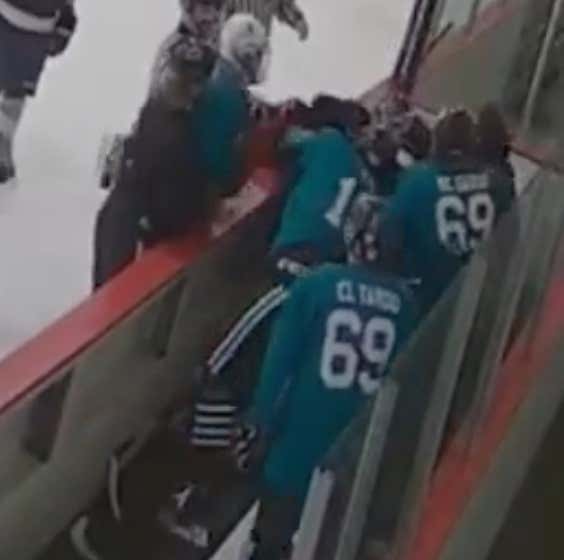 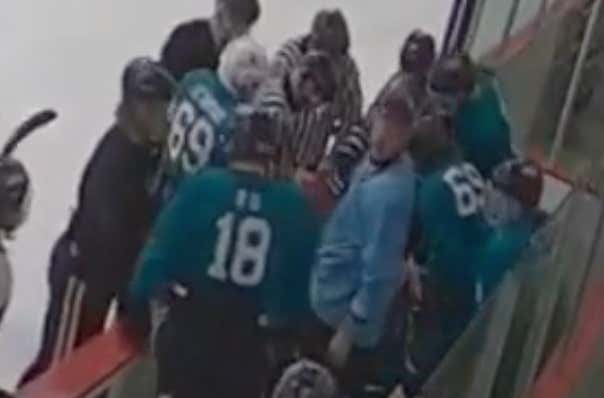 I'm a firm believer that you're not a real beer league team unless you have somebody rocking the Six Nine on the back of their sweater. But even I'd have to admit that being able to put a full PK unit of 69's out there is a little overkill.