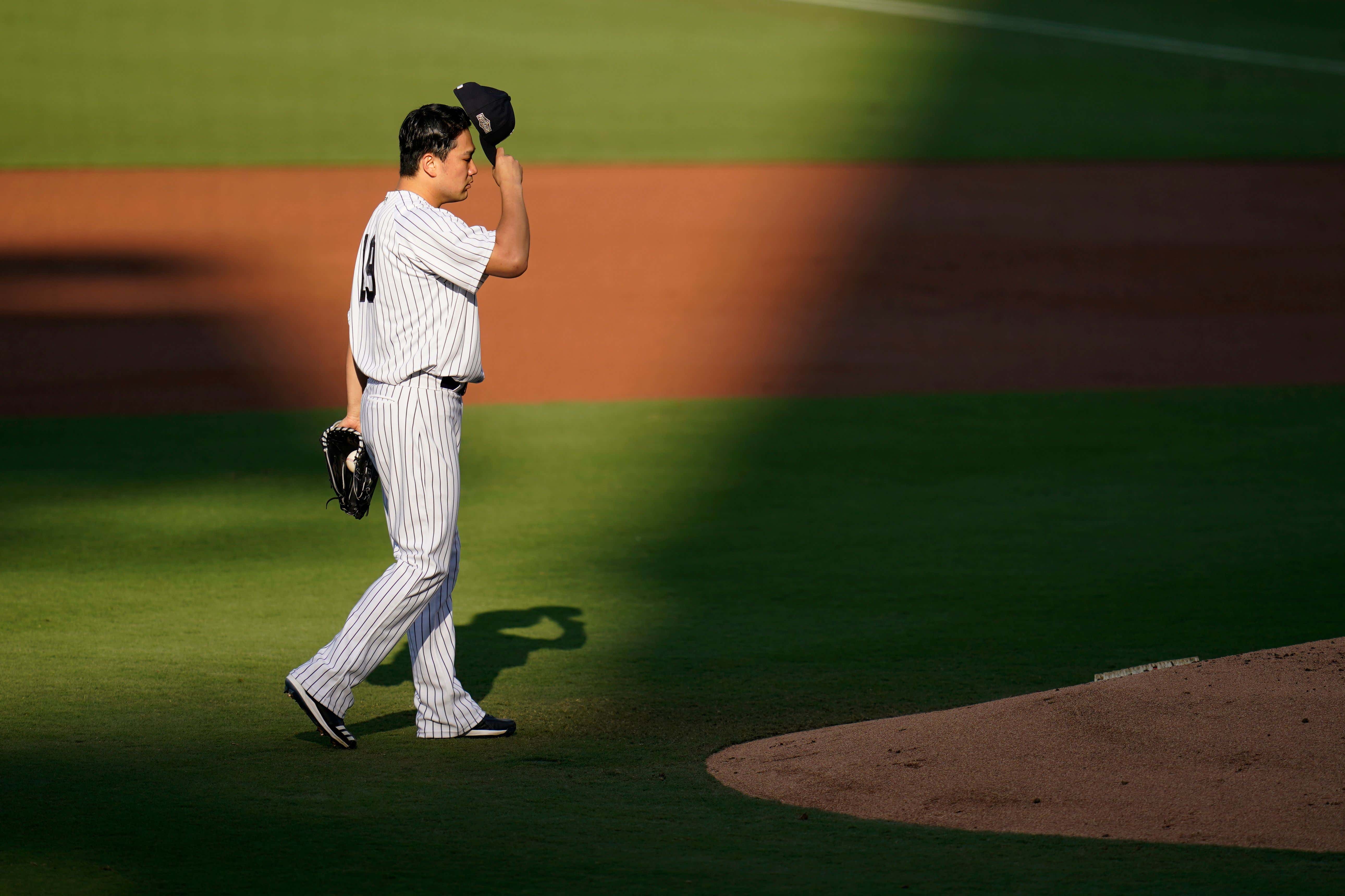 It was a move we all saw coming, but now it's official - Masahiro Tanaka will no longer be a member of the New York Yankees. It really, really sucks to see this man go out like this, but all good things gotta come to an end at some point. Not sure a Yankee has ever deserved a ring like Masa did, but never got one. Aside from the 2020 postseason which I'm choosing to ignore from my brain because fuck 2020, this man was nails went it came to performing big games. No matter how he threw in the regular season, you could hand Tanaka the ball in October and expect him to absolutely shove.

Removing 2020, he posted a 1.76 ERA in the postseason over 46 innings and 8 starts. That included multiple starts against the Astros where the team literally knew what pitch was coming every time. They still couldn't solve this man on the mound no matter who they were sending up to the dish. That splitter was going into the dirt and hitters were going to swing. It was a thing of beauty to watch this guy handle a big moment.

Tanaka didn't bring home a World Series championship in his time here and I guess that's what an outsider will look at when they review his resume while he was in the Bronx. To me, and a lot of Yankee fans out there, I think they'll say he was one of the better free agent signings the team has made in the last few decades. Worth every single dollar of the $155 million in his contract. The numbers speak for themselves.

The man never feared any moment. From all accounts he was an absolute joy in the clubhouse as well, although we'd never experience it as fans with his preference to avoid English to the media. He was a perfect Yankee for the way he handled himself on and off the field. I'm going to miss the hell out of that dude, but if he wasn't going to play in the Bronx next season I'm thrilled he's going home to Japan. Seeing him in another MLB uniform next year whether it be the Blue Jays, Mets, Padres, etc. would have made me vomit. In reality that was never going to happen. It was the Yankees or Japan for Masa. He loved this organization too much to go against them, as if fans needed any more reason to love this dude.

The only thing that really bugs me about this departure is that the right hander never got a true send off from the fans. He never got a final curtain call because of this fucked up pandemic season. Instead, over his final 2 seasons he had to deal with the changing of the ball and its laces. Tanaka never really got his true splitter back when Rob Manfred opted to juice the balls starting in 2019. He was forced to adjust and the results weren't what he wanted. The 2019 regular season wasn't vintage Masa. The 2020 postseason certainly wasn't either. Dude had his best pitch basically taken away from him and was essentially pitching with one arm tied behind his back. He deserved a better ending in every which way.

Thankfully Old Timer's Day still exists and hopefully when the world goes back to some sort of normal he makes his way back and gets a thunderous ovation from the fans. Thank you Masa.