As of me starting this blog, it is 10:28 am and it appears the Internet has shut it down for the day. Just nothing going on out there on the world wide web. Dog days of Summer indeed. But tonight is Sharknado night. The best mindless, A+ entertainment of the year. Random as fuck cameos, people getting their head’s ripped off by sharks, D- acting, but pure, unadulterated fun. It’s just a really enjoyable 2 hours of television. Even the biggest cynic can watch the Sharknado movies and be like “yep, that was awesome”. You just hit the off switch on your brain for a couple of hours and enjoy the chainsaws ripping through sharks flying through the air.You laugh when some random F list rapper from the 90’s makes an appearance as a hot dog vendor. You wile out when Frankie Muniz gets owned by a shark. Who else will show up? Danny Tamberelli? Cousin Skeeter? Stick Stickly? Possibilities are endless. And if this picture doesn’t get you going, I don’t know what will: 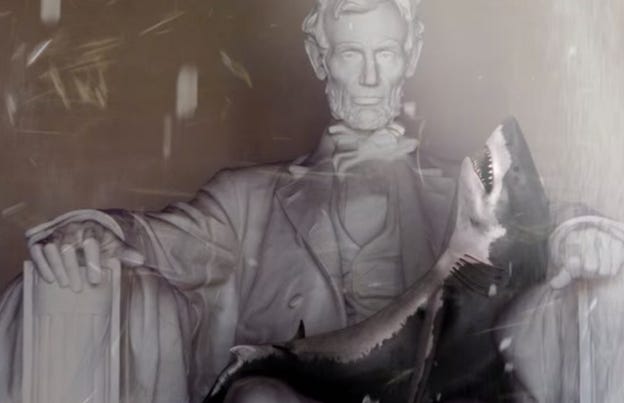